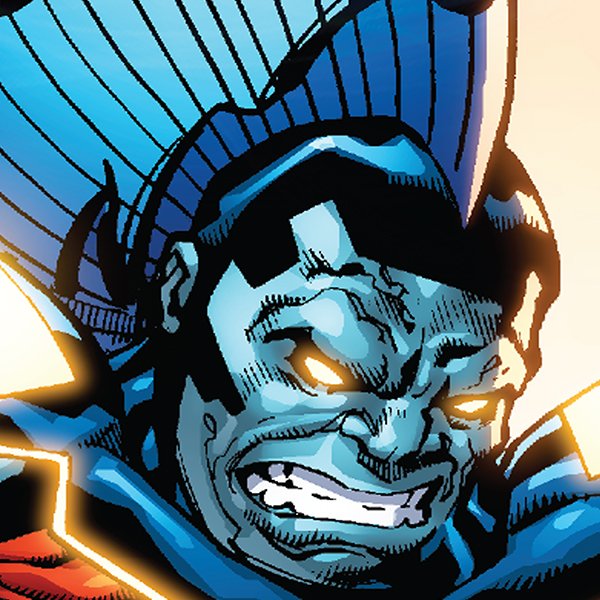 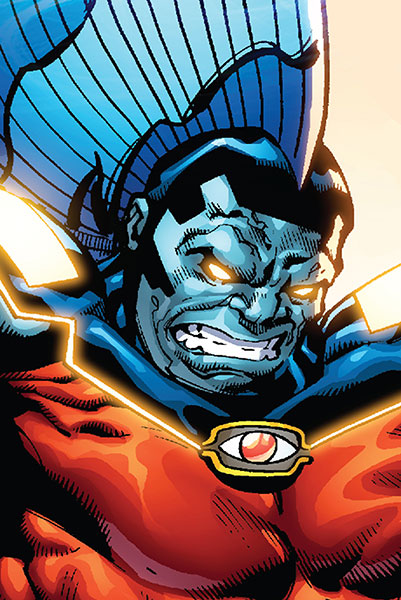 Geneticist Kevin Kho was transformed by the AI Brother Eye into the near unstoppable techno-organic O.M.A.C. (One-Machine Attack Construct).

Geneticist Kevin Kho was transformed by the AI Brother Eye into the near unstoppable techno-organic O.M.A.C. (One-Machine Attack Construct).

Buddy Blank lived on Earth in the future and served the Global Peace Agency, a pacifistic police force. When violent methods were needed, the satellite Brother Eye sent a signal that transformed Buddy Blank into the original OMAC: the One-Man Army Corps, gifted with superhuman strength, durability, speed and the power to generate explosive energy blasts.

In another sequence of events, Batman created an artificially intelligent satellite called Brother MK I to monitor Earth’s heroes in case they went rogue. But the villainous Maxwell Lord took control of Brother MK I and turned many humans into cyborg soldiers called OMACs (Observational Metahuman Activity Constructs). Brother MK I renamed itself Brother Eye and made its own agenda, branding its soldiers as a collective: the Omni Mind And Community. But, following 2011’s FLASHPOINT, these events no longer apply to DC history and canon.

In 2011, a new OMAC was introduced. Kevin Kho is a Cambodian-American man with OCD whose family was murdered when he was six for speaking out against warlords in Cambodia. As an adult scientist, he was recruited by the sentient satellite Brother Eye and transformed by New God bio-technology into the hero OMAC—the One Machine Attack Construct. Since then, Kho has done his best to fight evil, both alone and alongside heroes such as his friend Jaime Reyes, the Blue Beetle.