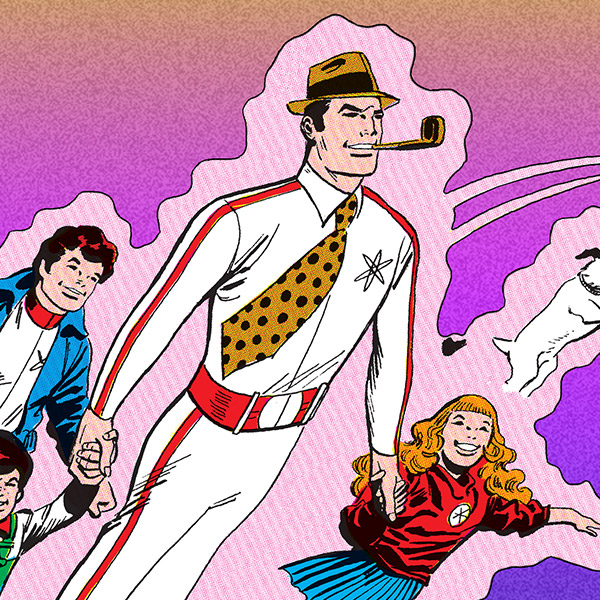 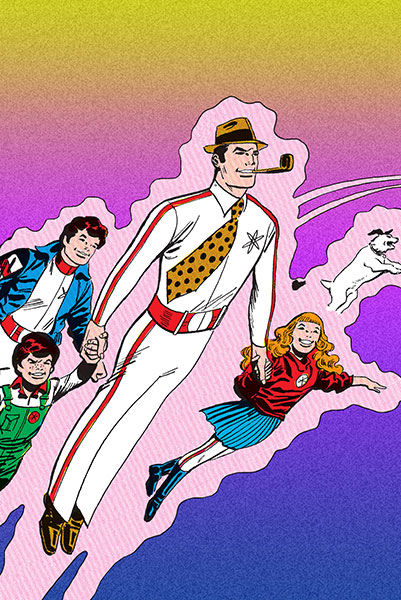 Behind the sunny smiles of this perfect family lurk a pack of androids with the power to destroy almost anyone who gets in their way.

Behind the sunny smiles of this perfect family lurk a pack of androids with the power to destroy almost anyone who gets in their way.

Aliases: None
First Appearance: THE OUTSIDERS #1, 1985

The Nuclear Family are a group of androids who, on the surface, resemble the stereotypical family unit found in the average 1950s television sitcom. This idealized all-American clan was created by Dr. Eric Shaner, an early nuclear-research scientist whose own family was killed after being exposed to radiation. Shaner himself became ill from exposure, but after the death of his family, he made it his mission to warn the world about the dangers of nuclear power. Years later, he created a lifelike android based on his younger self, who became the “Dad” of the group, as well as others based on his long-dead family, including “Mom,” older son “Biff,” younger daughter “Sis,” youngest brother “Brat” and even the family dog, unimaginatively named “Dog.”

While the Nuclear Family looked like a perfect suburban family unit, each member was programmed with a unique, deadly power, representing a different stage of a nuclear bomb explosion. All had the power to fly, while Dad could emit radiation, Mom could unleash deadly electromagnetic pulses, Biff could emit a thermal pulse and Sis made nuclear shock waves. Brat and Dog could become actual nuclear fallout. Together, they tried to destroy a nuclear power plant in Los Angeles, but were defeated by the super-team called the Outsiders. The family was last seen aiding the Secret Society of Super-Villains during the INFINITE CRISIS event.