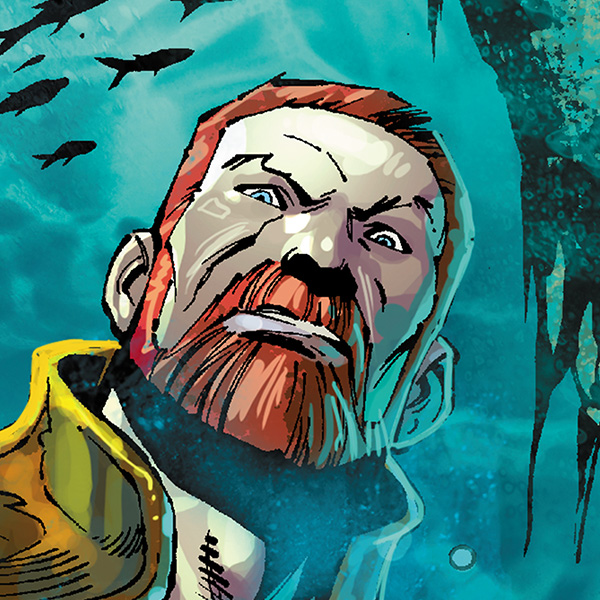 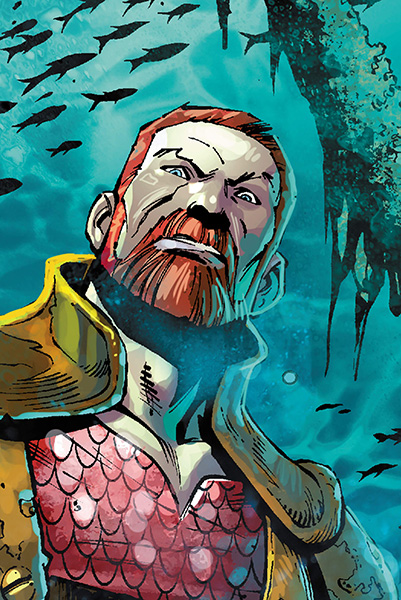 Nereus, the war-like king of Xebel, has never been above ploys of assassination and conspiracy to further his own political agenda.

Nereus, the war-like king of Xebel, has never been above ploys of assassination and conspiracy to further his own political agenda.

Nereus was the chief military officer, and later ruler, of the underwater kingdom of Xebel, which was an offshoot of the original continent of Atlantis. Xebel and Atlantis were eternally at odds, and fought each other in many wars for hundreds of years. Atlantis eventually gained the upper hand, trapping Xebel in a mystical barrier that did not permit the inhabitants to leave their home, which was located in the area known to surface dwellers as the Bermuda Triangle. Ships could enter Xebel, but with few exceptions, none could leave.

As the military leader of Xebel, tradition demanded that Nereus marry the princess of the realm, Mera. But before the two could wed, Mera was given the mission of assassinating the King of Atlantis as revenge for the Xebellians being imprisoned for all time in their kingdom. Nereus wanted to kill the king himself, but Xebellian King Ryus informed him that only someone with the Hydrokinetic powers of the royal family could escape the barrier, a power he could only attain once he married Mera and became a monarch. When Mera actually fell in love with the Atlantean King Arthur instead of killing him, Nereus was enraged. When King Ryus died, Nereus was made King of Xebel and was given the power of hydrokinesis, and became an eternal enemy of not only Mera, but her new love, Aquaman.