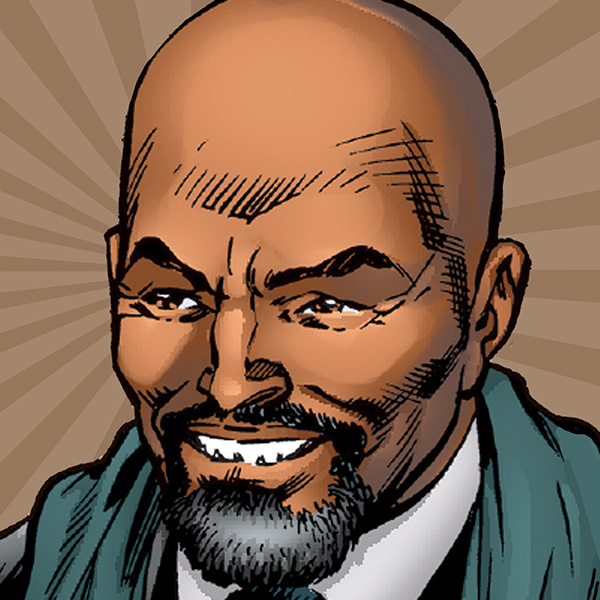 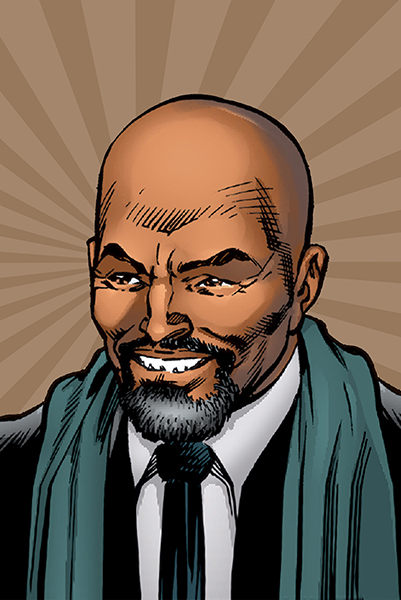 A ruthless and self-obsessed businessman, Morgan Edge hides his criminal dealings with the mob known as Intergang behind his corporate ventures.

A ruthless and self-obsessed businessman, Morgan Edge hides his criminal dealings with the mob known as Intergang behind his corporate ventures.

In his original history, Morris Edelstein was a rising entrepreneur who won a TV station in a poker game. He reinvented himself, changed his name to Morgan Edge, and became one of the wealthiest people in Metropolis, as well as president of Galaxy Broadcasting System (WGBS), which bought the Daily Planet and expanded into the multimedia corporation Galaxy Communications. For a time it seemed Edge was secretly part of the criminal cartel Intergang, and thus acting as an agent of the evil Darkseid of Apokolips. It was later explained, however, that this version of Edge was a clone created by Darkseid’s forces who assumed the real Edge’s identity for a time.

Following the events of 1985’s CRISIS ON INFINITE EARTHS, Morgan Edge’s history was rewritten. He was now the son of Vincent Edge of Galaxy Communications, which oversaw WGBS and Galaxy Publishing (both rivals to the Daily Planet). While President of Galaxy Broadcasting, Morgan Edge was also, for a time, a willing member of Intergang. Eventually, Daily Planet journalists Cat Grant and Clark Kent exposed his crimes. After serving time in prison, Edge became a media pundit who frequently spoke out against Superman and even sponsored a version of the Superman Revenge Squad.

In the New 52 continuity, Morgan Edge was reimagined once more, as the owner of the Daily Planet who sold it to Lex Luthor.