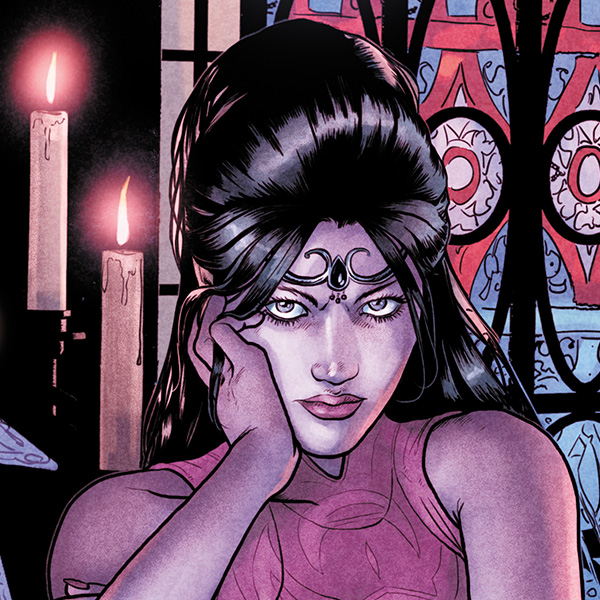 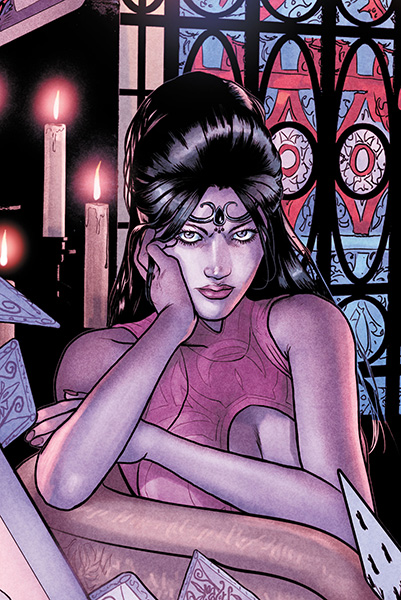 Immortal mystic, Madame Xanadu can foretell the future and is one of the preeminent sorceresses of the DC Universe.

Immortal mystic, Madame Xanadu can foretell the future and is one of the preeminent sorceresses of the DC Universe.

The mysterious mystic known as Madame Xanadu is the DC Universe’s go-to source for advice of the supernatural variety. Born over one thousand years ago, and originally named Nimue Inwudu Madame Xanadu was the youngest sibling of the sorceress Morgana and Vivienne, the Lady of the Lake, all of whom were homo magi, a mystical offshoot of humanity descended from ancient Atlanteans. She imprisoned her lover Merlin in a trap, but once free, he stripped her of all her magic power. Using various potions, Xanadu was able to slow down her aging, until she was able to beat Death itself in a card game to regain her immortality

Throughout the centuries, she used her knowledge of the occult to become a trusted adviser to many powerful rulers, including the great Kublai Khan – adopting the name of his court, Xanadu, as her own.

In the modern day, Madame Xanadu owns a fortune-telling parlor in Greenwich Village where she uses her unparalleled knowledge of the Tarot deck to guide those who seek help with supernatural forces. Although she no longer wields the power she once did, she can still levitate objects and teleport herself. She has a long and complicated history with many of the supernatural denizens of the DC Universe, specifically the Phantom Stranger, the Spectre, and John Constantine, among others. She has been a member of many supernatural cabals, most recently, the Justice League Dark. In the post-FLASHPOINT timeline, she is the mother of Justice League villain named Doctor Destiny.