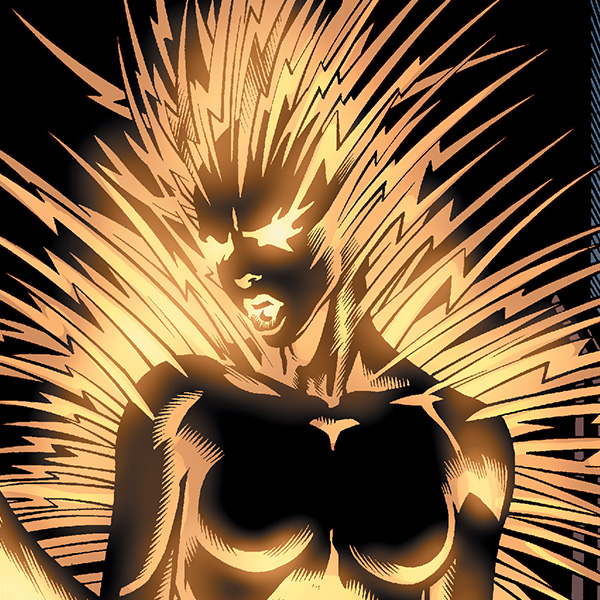 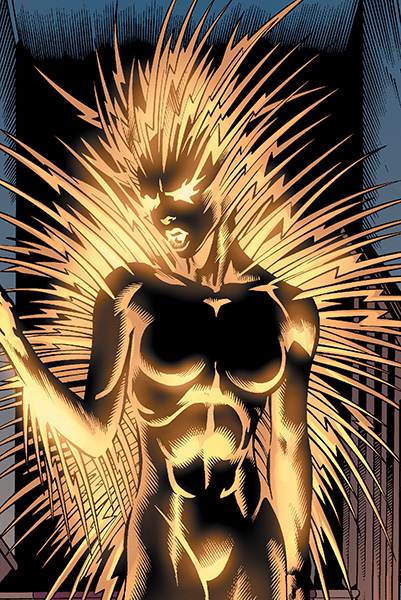 The youngest daughter of Black Lightning and a member of the Justice Society of America, Jennifer Pierce wields electrical powers not unlike those of her father.

The youngest daughter of Black Lightning and a member of the Justice Society of America, Jennifer Pierce wields electrical powers not unlike those of her father.

The youngest daughter of Jefferson Pierce (a.k.a. Black Lightning) and Lynn Stewart, Jennifer Pierce inherited her abilities from her father; and when she hit adolescence, electrical powers similar to her dad's began to emerge. Just like Black Lightning, she had trouble controlling them at first. Much like her older sister, Jennifer was forbidden from beginning her career as a DC Super Hero until she completed her education. But when her father saw how she was struggling to control her powers, which manifested around her body as a glowing electrical aura with lightning-like energy spikes on her head and back, he asks the Justice Society of America to take her in, and help her master her abilities. She soon takes on the identity of Lightning.

As a member of the JSA, Jennifer instantly forms a friendship with her teammates and fellow teenagers Stargirl and Cyclone, and also begins a romantic relationship with another teammate, Jakeem Thunder. She has a bit of an ongoing rivalry with her older sister Anissa, who is the Super-Heroine Thunder. Anissa was forbidden from pursing her heroic career until she was an adult, so she resents her younger sister for being allowed to become a superhero as a teenager. She also believes that Jennifer was always viewed as "the favorite" among her parents. Eventually though, the two heroines managed to patch things up.