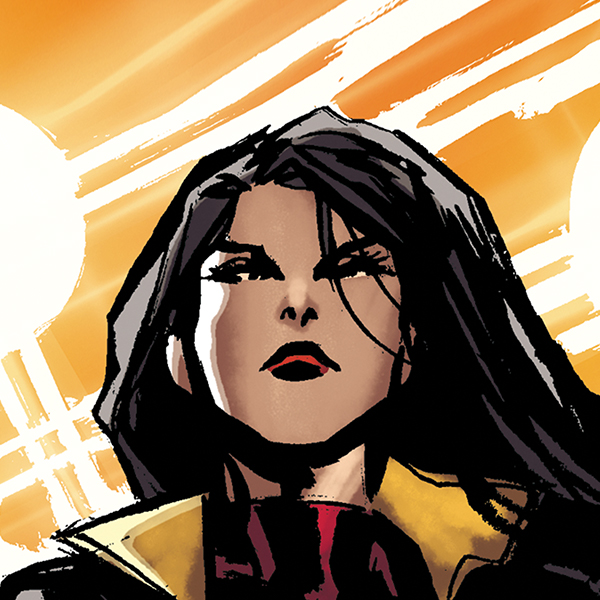 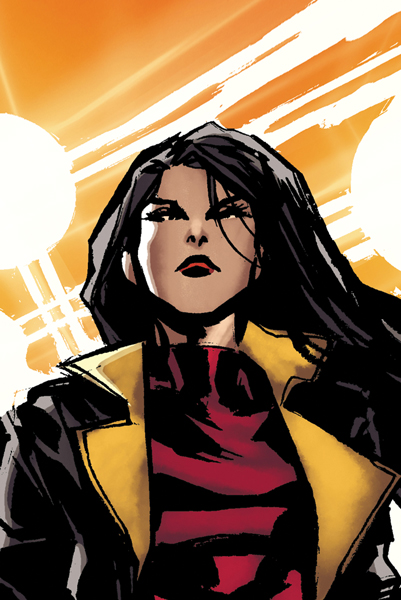 Lady Shiva is the deadliest martial artist in the DC Universe. She has served many causes and many masters, but has only one true motivation: the pursuit of a worthy challenge.

Lady Shiva is the deadliest martial artist in the DC Universe. She has served many causes and many masters, but has only one true motivation: the pursuit of a worthy challenge.

Aliases: Sandra Wu-San, Sandra Woosan, Tengu Mask, Paper Monkey, Lady Kali, Jade Canary, Agent Silver, Master Woman, The One Who is All, The Girl Who Was a Shadow

Known across the world as the deadliest woman alive, Lady Shiva has never known a challenge she could not face. No one knows for certain why she kills, or for whom she’ll kill tomorrow. Some say she has a death wish that the world has yet to grant her. Others say that her only true enemy is boredom. Lady Shiva has trained the League of Assassins, saved entire cities, and has even squarely defeated Batman in single combat. But perhaps her greatest challenge is to define her relationship with her estranged daughter, Cassandra Cain — the only person who may be capable of surpassing her. 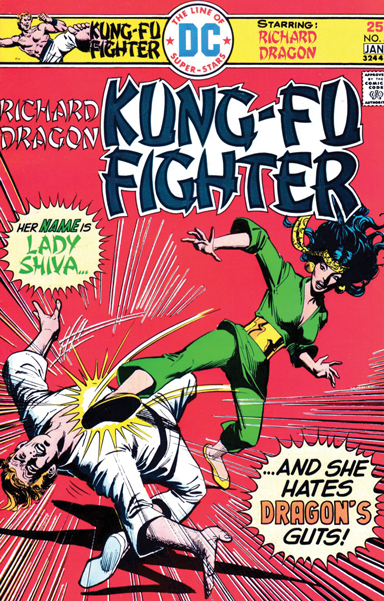 Sandra Wu-San was born in a poor Asian village under the control of the League of Assassins, where residents were trained to become warriors for Ra’s al Ghul. From a young age, Sandra and her sister Carolyn showed particular aptitude for martial combat, but escaped the village together to move to Detroit. But even as Carolyn branched into academia, martial arts would remain the cornerstone of the sisters’ relationship, as Sandra developed her skills in sparring against her. That ended when Carolyn was murdered by David Cain, a hired killer for the League of Assassins. In her quest for revenge for her sister’s murder, Sandra took on a new master, O-Sensei, and developed a reputation as the feared Lady Shiva -- named for the Hindu god of destruction.

Though she first appeared to battle the martial artist Richard Dragon, who had been framed for Carolyn’s murder, Shiva soon became an ally to Richard and his friend Ben Turner, the Bronze Tiger. Eventually, Shiva discovered the true identity of her sister’s killer, and pursued him into an ambush by the League of Assassins. There, the League agreed to spare her life, if she would bear David Cain’s child: the product of two of the greatest killers on Earth, who would be trained to be even more proficient than either of them. Lady Shiva agreed to these terms. After birthing and relinquishing their daughter, Cassandra, she did not see David Cain again.

With Carolyn gone and her death unavenged, Lady Shiva has embraced her fearsome reputation, and travels the world in search of greater thrills of combat -- forever chasing the joy she felt in the days of her youth, sparring with her sister. 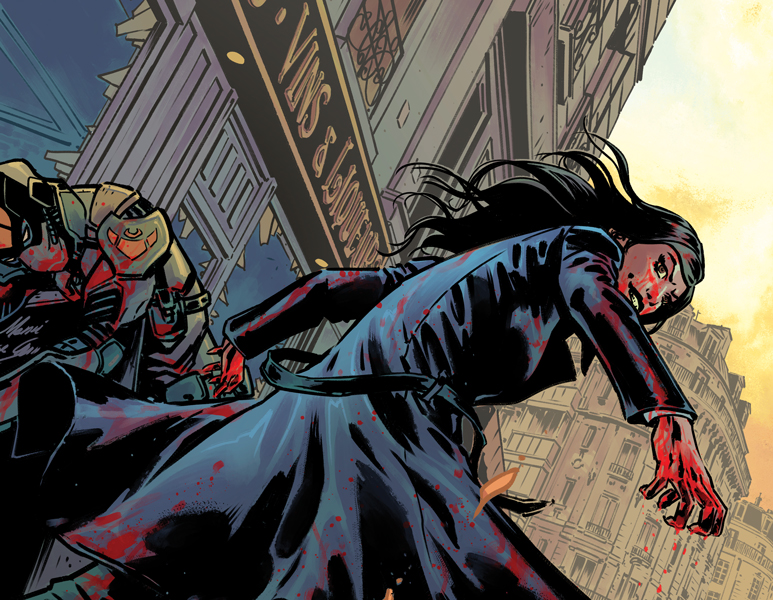 Lady Shiva is the most advanced martial artist in the world, and is practically unbeatable in hand-to-hand or melee combat. In a one-on-one fight, not even Batman can defeat her head-on. But as capable as she is in destruction, Lady Shiva also has a gift for healing, having cultivated skills and techniques which allow her to return people with even mortal injuries to perfect health. 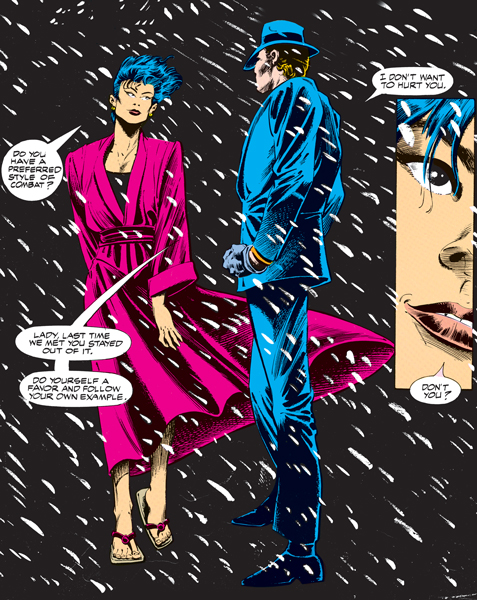 Lady Shiva first appeared in comics to challenge the kung fu fighting hero Richard Dragon over the death of her sister. After fighting him to a draw, Shiva spent some time in the company of G.O.O.D., a shadowy organization which employed Richard Dragon, Shiva, and Bronze Tiger on a number of missions regarding international security. Shiva sought no payment, and no justice -- only the excitement that came with a mission that put her life on the line. When the team dissolved, Lady Shiva cultivated a reputation as the world’s deadliest, most effective killer. Her only demand: that the job be challenging enough to keep her interest.

It was this pursuit of thrills which brought Lady Shiva to Hub City, the most lawless, ill-reputed city in America. Her first assignment upon arrival was to dispatch the city’s premiere vigilante, that faceless snoop known only as The Question. While Shiva dispatched him handily, she also saw potential in their brief encounter. So when The Question was left for dead at the bottom of the harbor, Lady Shiva retrieved his body and used her healing arts to return him to life, and in the care of her former colleague Richard Dragon. Shiva knew that if The Question were granted proper training, he just may become the formidable opponent she sought.

As the Question returned to duty, Shiva continued to encounter him as an ally and a sparring partner. The Question even assisted Shiva in laying her master O-Sensei to rest when his time had come. But even as something close to respect or even friendship grew between them, it was clear that the faceless man would never be the rival that Shiva had hoped for. 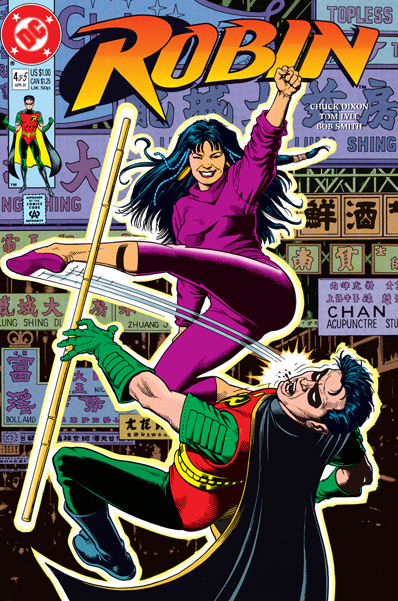 Eventually, Shiva’s focus shifted from the chaos of Hub City to the promise of the Bat Clan of Gotham. The first member of Batman’s allies to seek her out was the young Jason Todd, who suspected she may be his long lost mother. Though that turned out to be untrue, the misunderstanding led to the first of many clashes between Batman and Shiva. One which she may have won if not for Jason’s last minute interference… the last time Batman and his second Robin would team up before his demise.

After Jason’s death, a new child of Gotham took up the Robin suit: the tech-savvy Tim Drake. As Tim grew to meet the increased standards which the role of Robin demanded, Tim learned the ways of combat from Shiva herself. Once Tim had been trained to Shiva’s satisfaction, the duo teamed up against one of Shiva’s rival mercenaries, King Snake.

The next student from Gotham that Shiva would train would be Bruce Wayne himself. After suffering a crippling defeat at the hands of Bane, a new Batman, Jean-Paul Valley, rose to take his place. As Jean-Paul grew increasingly unhinged, Bruce knew he had to recuperate to take control of Gotham’s safety once more — and sought out the greatest martial artist alive, Lady Shiva, to rebuild him as a greater fighter than ever before.

After retraining Batman, Shiva’s legend grew to epic proportions as she dominated clandestine martial arts tournaments across the world, earning a cult following which literally saw her as a reincarnation of the god Shiva himself. Shiva even returned to the League of Assassins which dominated her life as a child to train and test its recruits, when it suited her needs. Shiva held no ego, and no grudges. Only the desire for greater challenges. 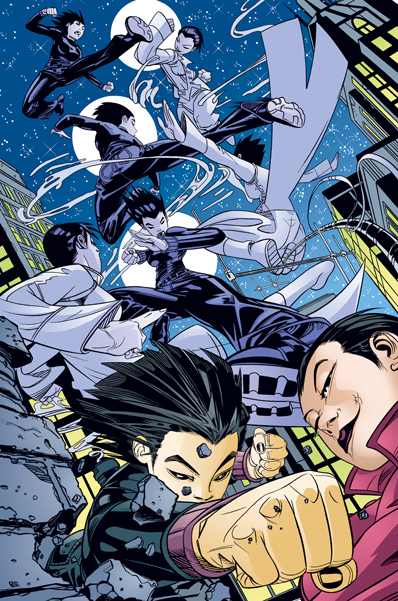 Shiva’s attention returned to Gotham with the arrival of a new Batgirl, one with greater skill as a fighter than any the city had seen before. But by the time Shiva could arrive in Gotham to test her, Batgirl’s skills had been taken from her — inadvertently scrambled by a telepath she had encountered earlier. Disappointed but not deterred, Shiva offered Batgirl a deal: as she had done with Batman, Shiva would retrain her to be better than she had ever been before. But in exchange, one year later, Shiva would have the battle she craved with this prodigious Batgirl, to the death.

One year later, Batgirl was killed by Lady Shiva, as promised. Unsatisfied, Shiva revived her to continue their duel. This time, Batgirl was victorious. But she refused to kill her teacher and assailant.

It would not be the last time this new Batgirl, Cassandra Cain, would meet Shiva. At the stronghold of the League of Assassins, Cassandra fought Shiva once more and learned the truth she long suspected: that Sandra Wu-San was, in fact, her mother. During the course of the battle, both were killed, and both were revived. And neither Shiva nor Cassandra would ever be the same. 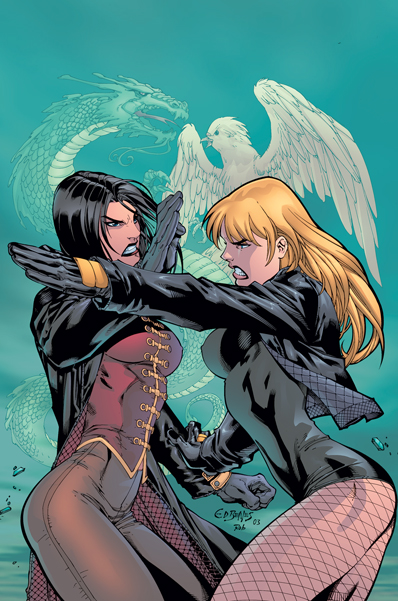 There was another whom Shiva saw promise in as a potential opponent: the siren of Star City, Black Canary. Coincidentally, the two of them had once shared a martial arts master at separate times, and they got to know each other as they avenged his death together. In return for Black Canary’s assistance, Shiva offered her the rare honor of training to become formidable enough to oppose her. Black Canary took her up on this offer, returning to retrace Shiva’s roots as Shiva took her place in the Birds of Prey. Although Black Canary would abandon the cruelty of Shiva’s path, Sandra Wu-San was not above reappearing whenever the Birds of Prey required all hands on deck — whether she was invited or not. 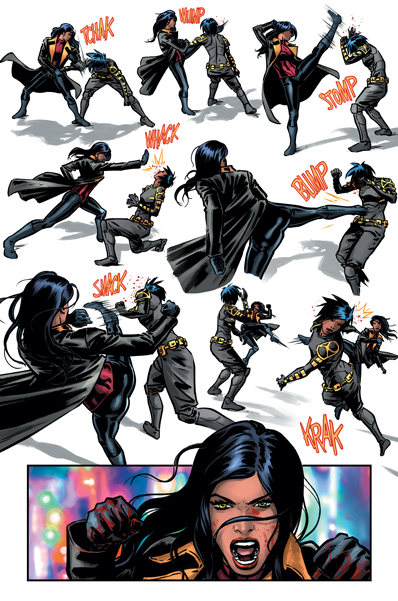 After the events of FLASHPOINT, Shiva returned to duty as a member of the League of Assassins, battling the likes of Batman and Nightwing (BATMAN #0; 13-14, 2012), Red Hood (RED HOOD AND THE OUTLAWS #21-26, 2013), Deathstroke (DEATHSTROKE #1-6, 2015), and the Secret Six (SECRET SIX #11-14, 2016). But throughout her service to Ra’s al Ghul, Shiva was also the secret leader of the League of Shadows: a clandestine organization from within the League of Assassins built to oppose them. As Shiva’s plans to end Ra’s al Ghul neared fruition, she also began to approach reconciliation with her daughter Cassandra — only for Ra’s al Ghul to shoot her in the back and claim her body (DETECTIVE COMICS #950-956, 2017).

Some time later, a revived Shiva appeared once more at the side of Ra’s al Ghul in his new plan to corrupt Batman’s allies into a new League of Assassins (BATMAN AND THE OUTSIDERS, 2019). But Lady Shiva is a woman who keeps her own counsel, and her aims may still yet be Ra’s al Ghul’s undoing.