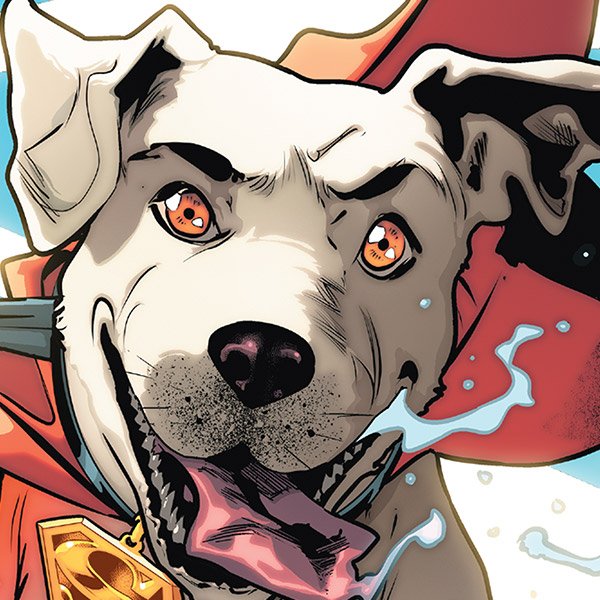 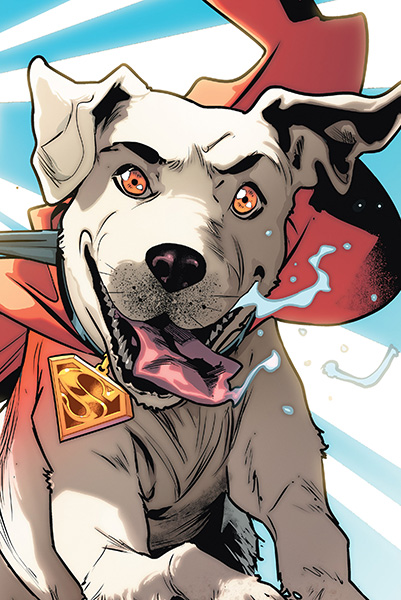 A loyal canine companion and comrade to the entire Superman family, Krypto posseses the same powers as all Kryptonians under a yellow sun.

A loyal canine companion and comrade to the entire Superman family, Krypto posseses the same powers as all Kryptonians under a yellow sun.

Man’s best friend, Kryptonian style. Krypto the Superdog is where good dogs and great DC Super Heroes intersect. Cute, furry and equipped with a wide array of superpowers, Krypto was one of the few animals to survive Krypton’s destruction, finding his way to Earth years after Superman did. He may not always be the most disciplined of sidekicks, but Krypto has long served as the Superman Family’s loyal companion and defender, while coming to the aid of anyone in need of a helping paw or two. Krypto’s Kryptonian biology gives him Superman’s own abilities, including flight, super-strength, super-speed and super-breath, all of which make him the ideal four-legged friend for the cape-and-cowl-wearing community. Krypto currently spends his days as the Kent family’s pooch, a little less concerned with day-to-day heroics and a little more with playing a good round of fetch with Clark and Lois’ young son, Jon, a.k.a. Superboy.