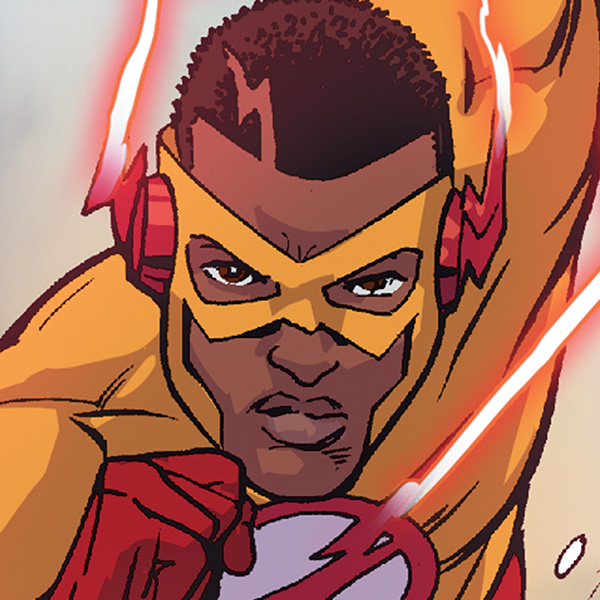 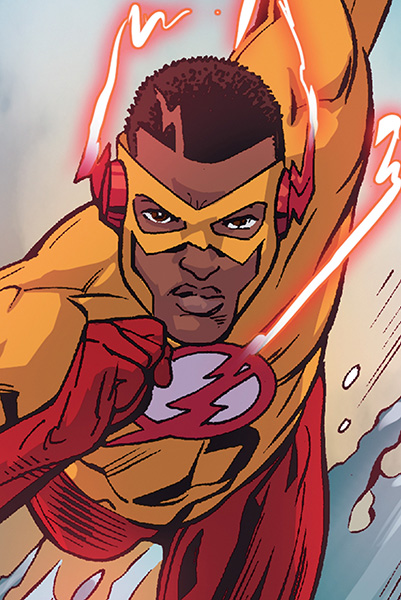 The latest in a long line of speedsters, Wallace West does not take the mantle of Kid Flash lightly, even when it makes him question everything about himself.

The latest in a long line of speedsters, Wallace West does not take the mantle of Kid Flash lightly, even when it makes him question everything about himself.

Between all the time travel, universe-hopping, and resurrections, the Flash Family is anything but simple. Just ask Wallace West, the latest addition to the weird and wonderful fray. Sharing a name with the original Kid Flash, Wally West, might actually be the least complicated thing about his life.

Struck by Speed Force lightning thanks to some truly mind-bending issues with the timeline, Wallace was given his powers and put on the radar of Barry Allen, who took him under his wing -- or, at least, he tried to. If there's one thing Wallace learned very quickly, it's that being a speedster isn't something you can just be taught overnight, even by the Fastest Man Alive.

Wallace's first appearance was actually in the Future's End (2015) alternate future, where Barry Allen saw a vision of a version of himself seventy years ahead of the present, reading about Wallace's funeral. Through Future's End, Barry and Wallace meet in earnest, around five years into the future, where Wallace learns about the Flash and how he uses the Speed Force. Wallace was able to absorb some of the Flash's powers, but used them only to sacrifice himself and repair the Speed Force from coming apart -- effectively killing himself the way the Barry of seventy years in the future had read.

Back in the present day, however, the butterfly effect of time travel took hold and the current Wallace was struck by Speed Force lightning around the same time he met present day Barry -- all while seeing a Speed Force apparition of his future self who explained his eventual sacrifice.

Understandably baffled but willing to give this speedster thing a try, young Wallace worked to embrace his abilities and master the Speed Force under Barry's wing, as his mentor secretly worked to try and save him from his inevitable future. Luckily, before anything too terrible could come to pass, the return of the original Wally West heralded the events of 2016's DC UNIVERSE REBIRTH #1 which modified the timeline and, hopefully, circumvented any destined tragedy for Wallace down the line.

In the Rebirth version of the timeline, Wallace's initial powers were bolstered considerably by the Speed Force storm that struck Central City. 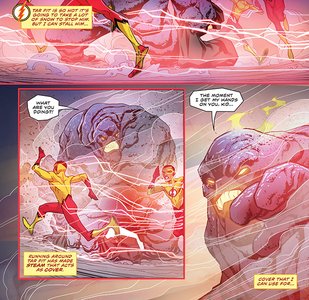 Wallace is tapped into the Speed Force, granting him a wide array of powers and abilities. He can travel at super speeds, vibrate his individual molecules through solid objects, and run across both liquid and vertical surfaces. He can generate tornado-like weather systems of various sizes and learn at super speed by reading as fast as he runs.

If he achieves speeds fast enough, Wallace is capable of traveling forward or backward in time. He has an accelerated healing factor and heightened endurance, meaning his body can resist the effects of traveling at such high speeds without negative effect. Wallace is also a Speed Force conduit, meaning he is able to act as a "lightning rod" to help ground the abilities and powers of other speedsters connected to the Speed Force. 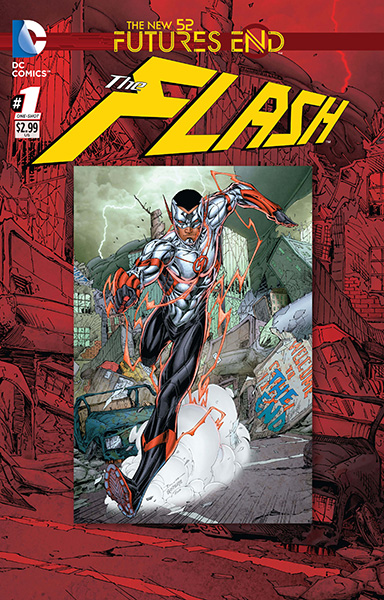 Wallace's introduction came during the Future's End event, which involved a cascading sequence of flash-forwards to alternate timelines and possible futures. Wallace started out dead, his story uncovered by a Barry Allen seventy years in the future, then was empowered by an encounter with the Flash and ultimately driven to sacrifice himself five years in the future, and ultimately empowered by his future self and the effects of time travel in the present day.

As a teenager with Speed Force abilities, Wallace tried to hone his new skills both on his own and at the slightly arms-length mentorship of the Flash, who he only knew in his Super Hero identity, rather than in his civilian life. Wallace's first act with his abilities was to save a schoolmate from bullies, but in doing so heavily implied that his powers were actually connected to the New 52 incarnation of Reverse Flash, Daniel West.

However, before that mystery could be explored too heavily, Wally West -- the original Kid Flash -- returned from an extended time trapped in the Speed Force, setting in motion the continuity-altering events of Rebirth (DC UNIVERSE REBIRTH #1, 2016).

Following Wally's return, Wallace was taken under Barry's wing more completely, though he hesitated to share his secret identity with him at first, which made things infinitely more complicated for Barry, considering Wallace's close connection with his aunt, Barry's girlfriend Iris West. 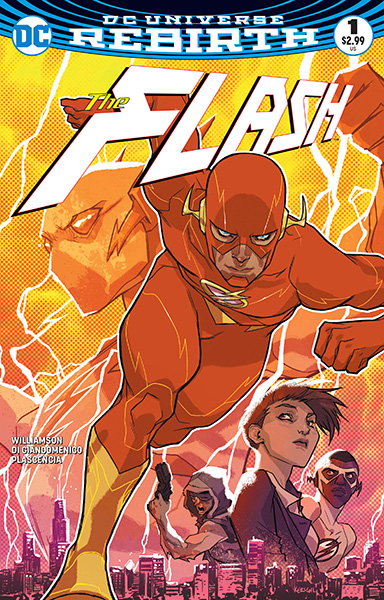 In this version of events, Wallace's Speed Force powers were related to -- or rather, galvanized by -- a massive Speed Force storm which struck Central City and empowered hundreds of people at random. Centers to help people adjust to their new abilities began popping up and Barry, as the Flash, took notice of Wallace's presence. Barry, as the Flash, took Wallace in, but continued to keep his identity and their out of costume relationship to one another a secret.

Eventually, Wallace learned the truth about his "cousin," Wally West, who had returned from the Speed Force. Wally had been the "original" version of the character and Wallace, after speaking, came to briefly worry that he was some sort of aberration caused by time travel and the overlap of different threads in the multiverse. Wally assuages these fears, however, by insisting that he and Wallace are family.

Eventually, the secrets surrounding Wallace's life began to reveal themselves. First, he learned that his mentor the Flash and his aunt's boyfriend, Barry Allen, were in fact the same person. Then, he learned that the man he believed to be his uncle, Daniel West, the third Reverse Flash, was actually his father. Shocked and betrayed, Wallace went on a quest for answers about his father where Wallace learned from Captain Boomerang that, despite Daniel's past, he died a hero sacrificing himself to save innocent lives (FLASH #18-19, 2017).

Around that time, Wallace joined two new teams, the Teen Titans lead by Damian Wayne, the current Robin, and Defiance, a team put together by a "reformed" Slade Wilson aka Deathstroke, who had previously attempted to use Wallace's speed force powers to travel back in time and revive his own son (in 2017's "The Lazarus Contract" storyline). While the Teen Titans had seemed to struggle under Damian Wayne's domineering (but usually harmless) lead, Defiance performed more like a boot camp run by Slade's sometimes brutal methodology. Still, Wallace excelled in both arenas, even when he risked spreading himself too thin.

During the events of 2018's "Flash War" storyline, Wallace is taken to a version of the Future where he did not exist, which reawakens his old fears about being an anomaly created by the time warping caused during 2011's Flashpoint event Barry sparked. This drove a wedge between Wallace and his mentor, which they are still working to repair ("Flash War", 2018).