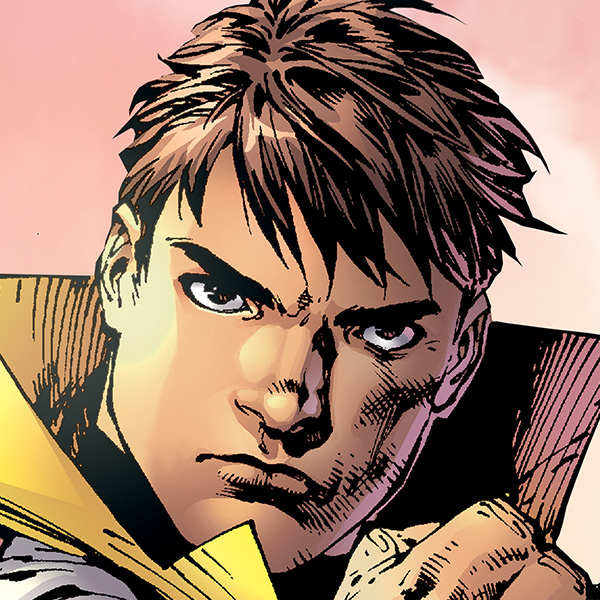 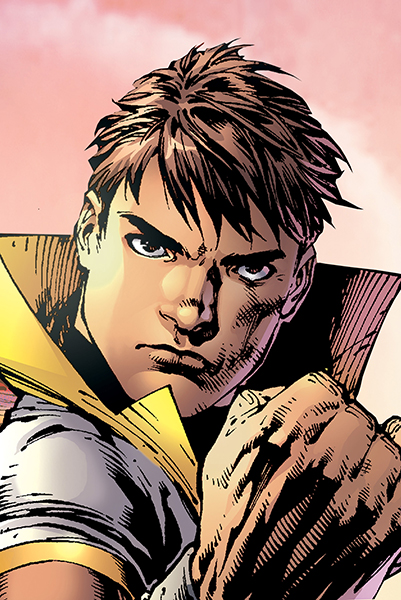 A master of every known form of martial arts in the 31st century, Val Armorr joined the Legion of the Super-Heroes by besting Superboy in hand-to-hand combat.

A master of every known form of martial arts in the 31st century, Val Armorr joined the Legion of the Super-Heroes by besting Superboy in hand-to-hand combat.

Val Armorr is a native of 31st century Earth, where he was born and raised in Japan. Val was the product of a union between Japan’s most notorious crime lord, Kirau Nezumi, and an American secret agent named Valentina Armorr. When she attempted to hide Val from his father, she was found out and killed. The Japanese hero White Crane eventually killed Nezumi and adopted young Val. While in White Crane’s care, Val was trained in all forms of the martial arts. By the time he was a teenager, Val was the greatest martial artist on Earth.

Val tried out for the Legion of Super-Heroes and was accepted when he was able to hold his own against Superboy in hand-to-hand combat, despite not having any superpowers. He joined the team as Karate Kid, alongside Princess Projectra of Orando. The pair shared an instant attraction, and would later be married, with Karate Kid becoming Projectra’s royal consort. Eventually Val would be killed saving Orando when it was invaded by the Legion of Super-Villains. At some point, however, Karate Kid was revived, though the circumstances of that resurrection remain a mystery. He later traveled back in time to the 21st century, where a mysterious illness took his life a second time, apparently for good. Very similar versions of Karate Kid exist on both Earth-247 and Earth-Prime.