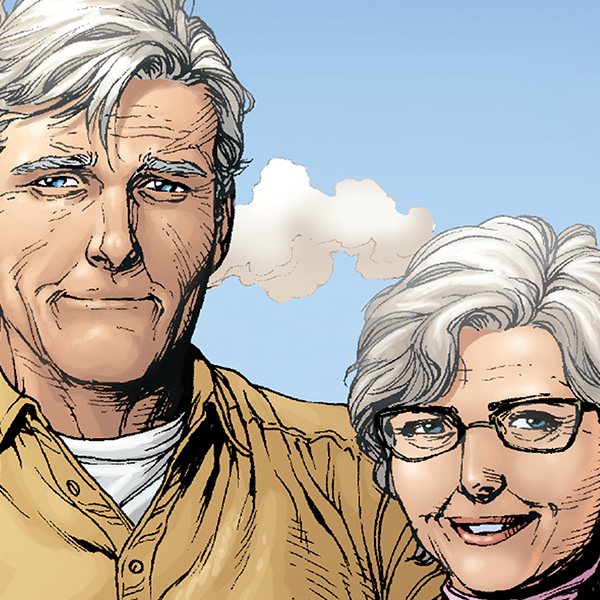 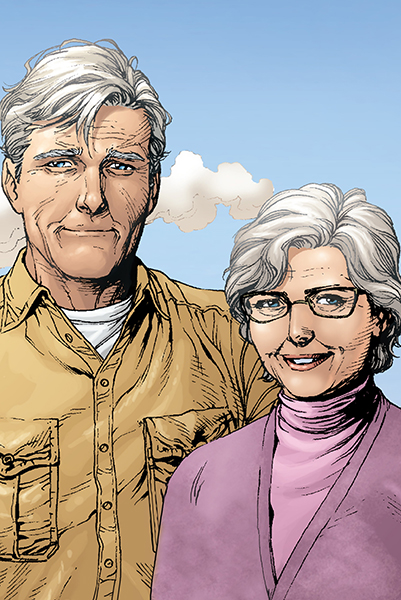 The adoptive parents of Clark Kent, Jonathan and Martha Kent are largely responsible for the infallible moral compass of Superman.

The adoptive parents of Clark Kent, Jonathan and Martha Kent are largely responsible for the infallible moral compass of Superman.

When Jonathan and Martha Kent found a strange alien spacecraft containing an infant on their farm in Smallville, Kansas, their lives were changed forever. Despite the strangeness of the situation and the potential risk, the Kents took in the baby, naming him Clark (Martha’s maiden name) as they officially adopted him as their son. Clark began displaying fantastic and incredible powers, but the Kents did their best to raise him as normally and as stably as they could, keeping the secret of his alien origins hidden from the outside world.

In some incarnations of their story, Jon and Martha were able to raise Clark to adulthood. But in others, they were killed during Clark’s adolescence, leaving him to live up to their compassionate legacy. Regardless of their time spent in Clark’s life, it is through their guidance during his childhood that he was able to grow up with the strong moral compass and empathy that allowed him to become Superman.