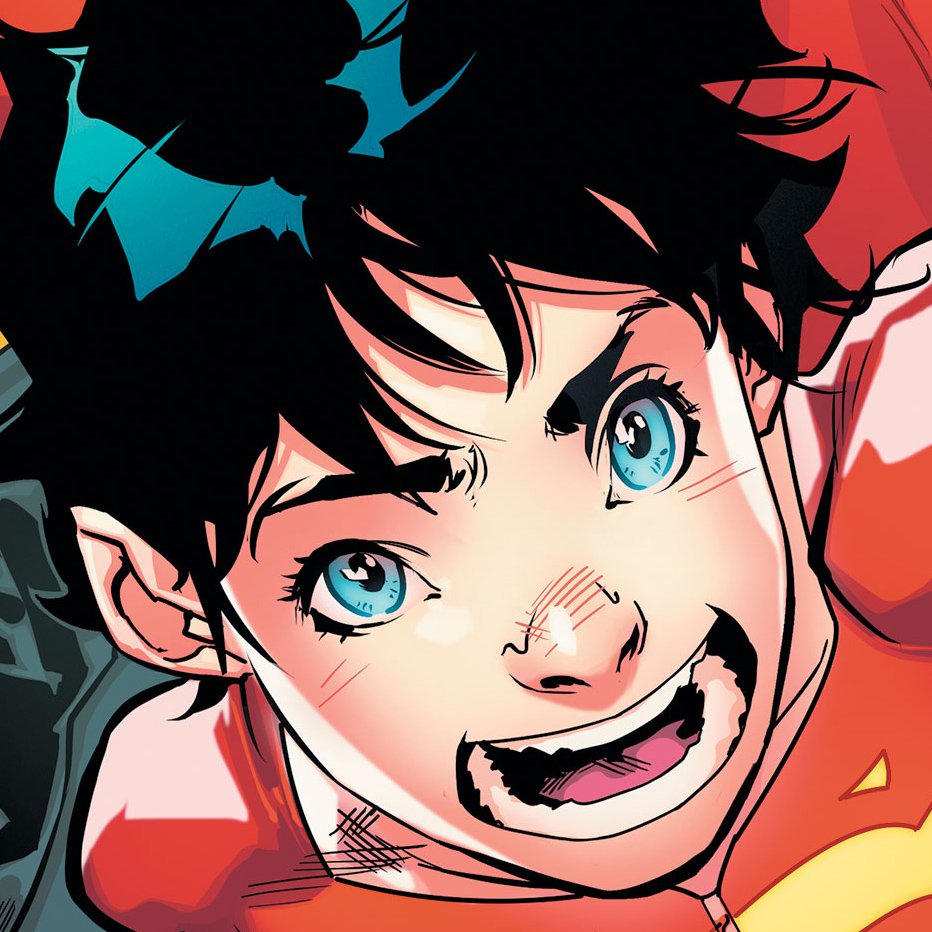 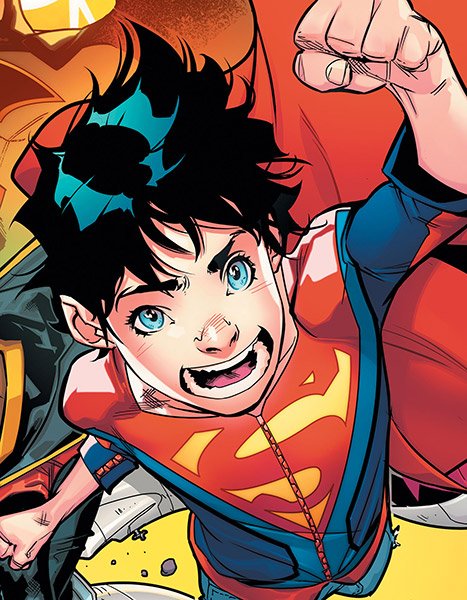 As the son of Clark Kent and Lois Lane, Jon Kent has inherited powers and abilities far beyond those of mortal boys. Call him Superboy. 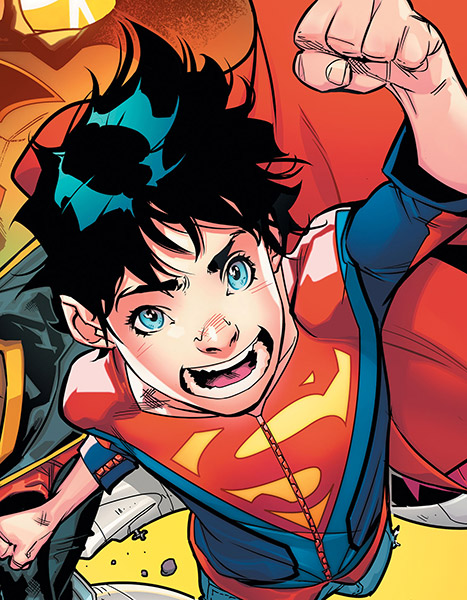 As the son of Clark Kent and Lois Lane, Jon Kent has inherited powers and abilities far beyond those of mortal boys. Call him Superboy.

Parental legacies are hard to live up to—especially when your parents are Superman and Lois Lane. And Jon Kent is the child of two worlds. Half Kryptonian and half human, the onset of his superpowers has made him eager to follow in his dad’s footsteps. But Jon has a lot to learn about himself and about the world before he can make a habit of saving it.

Thankfully, Jon isn’t alone. For not only do his parents teach him everything they can, he’s found himself a community of fellow pre-teen Super Heroes to help him on his path. 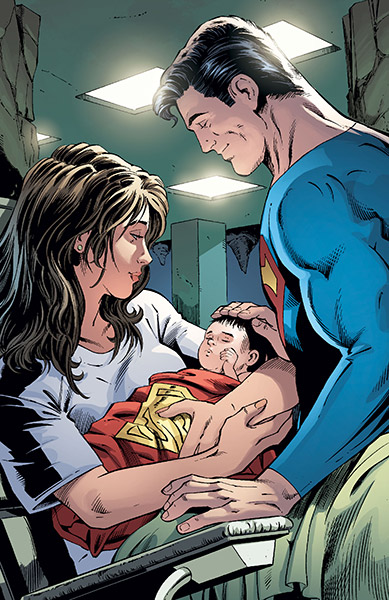 Following the events of 2011’s FLASHPOINT and 2015’s CONVERGENCE, the DC Universe was fractured, leaving a version of Lois Lane and Clark Kent—the version that had existed since the Golden and Silver Ages of comics—splintered off and sequestered away in a world that did not remember them. It was during this time that Jon Kent was born.

Seeking to avoid detection and too much confusion—for the world the Kent family had landed in already had a Superman and Lois Lane of its own—Lois and Clark took on the surname “White” and began raising their son in secret.

Eventually, however, due to another catastrophic event (detailed in the 2016 story arc “The Final Days of Superman”), the White family was forced to come out of hiding, allowing Jon to step into the spotlight as Superboy. 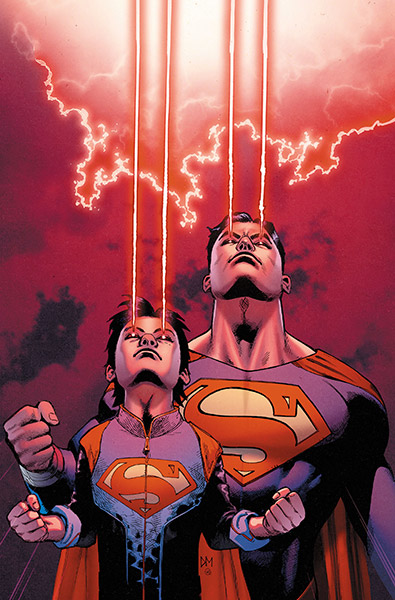 As a half-Kryptonian, Jon exhibits most of the powers and abilities of his father, including flight, near-invulnerability, super-strength, heat vision and super-speed.

Because of Jon’s age, however, and the human half of his genetics, his abilities are not as reliable nor as consistently manifested as his father’s. Their uncontrollable nature makes for some chaotic, potentially dangerous situations. 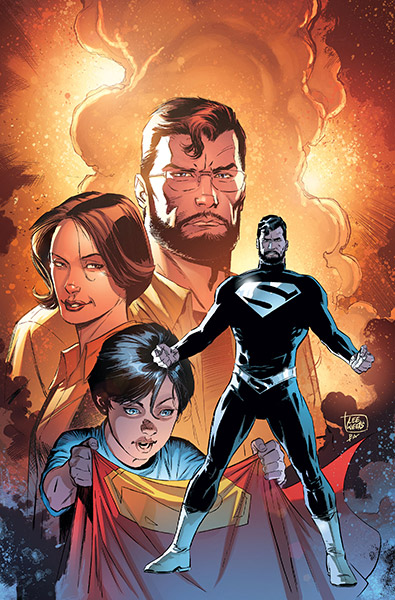 When Jon was growing up, Lois and Clark both tried their best to keep their real identities secret from their son. Clark, while not operating as Superman on their adopted world, still acted secretly as a Super Hero when he was needed, while Lois wrote under the anonymous pen name “Author X.”

Eventually, however, Jon’s suspicions, due to his parents’ cagey behavior, boiled over. He and his mother were kidnapped by the Super-Villain organization Intergang, and Clark was forced to out himself as a Kryptonian when he mounted a rescue.

In time, the Superman of the world they called home experienced a fatal power flare (in 2016’s “The Final Days of Superman”), forcing Clark to retake his own mantle and act as Superman once more. In so doing, he began a new life with Lois and Jon.

Following his father’s return to the public eye as Superman, Jon found himself in the crosshairs of Clark’s old enemies. After the events of 2016’s DC UNIVERSE REBIRTH #1, Jon was made a target of the Eradicator, who sought to purify Jon’s half-Kryptonian DNA. The subsequent battle resulted in Clark officially introducing Jon as Superboy (SUPERMAN #6, 2016).

Jon continued to grow under the watchful eye of his parents, and—as his powers became stronger and more reliable—was allowed to take trips to places like the Fortress of Solitude and Dinosaur Island. These playful adventures, however, promptly ended when Jon was attacked by Mr. Mxyzptlk.

Mxyzptlk, like Jon, had been the victim of compounded cosmic catastrophes, which had left him forgotten by the world. Shunned and hurt, Mxyzptlk attempted to steal Jon’s memory from his parents’ minds and make them forget he’d ever been born. When Clark confronted Mxyzptlk, he caused a temporal merging of several shattered timelines. This merging rewrote Jon’s history (and the events of “The Final Days of Superman”) so that he had always existed in the Prime universe with his parents, and was no longer a castoff from a forgotten world (as explained in 2017’s “Superman Reborn” story arc).

Jon later formed an impromptu duo with Damian Wayne, the son of Batman, in 2017’s SUPER SONS. The two boys took it upon themselves to fight smaller-scale crime, often sneaking out and away from the watchful eyes of their parents in order to do so.

Damian tried to make Jon a member of his other team, the Teen Titans, but was outvoted by his teammates. Having witnessed Jon’s untested powers, in the 2017-2018 “Super Sons of Tomorrow” story arc, the Titans feared his abilities.