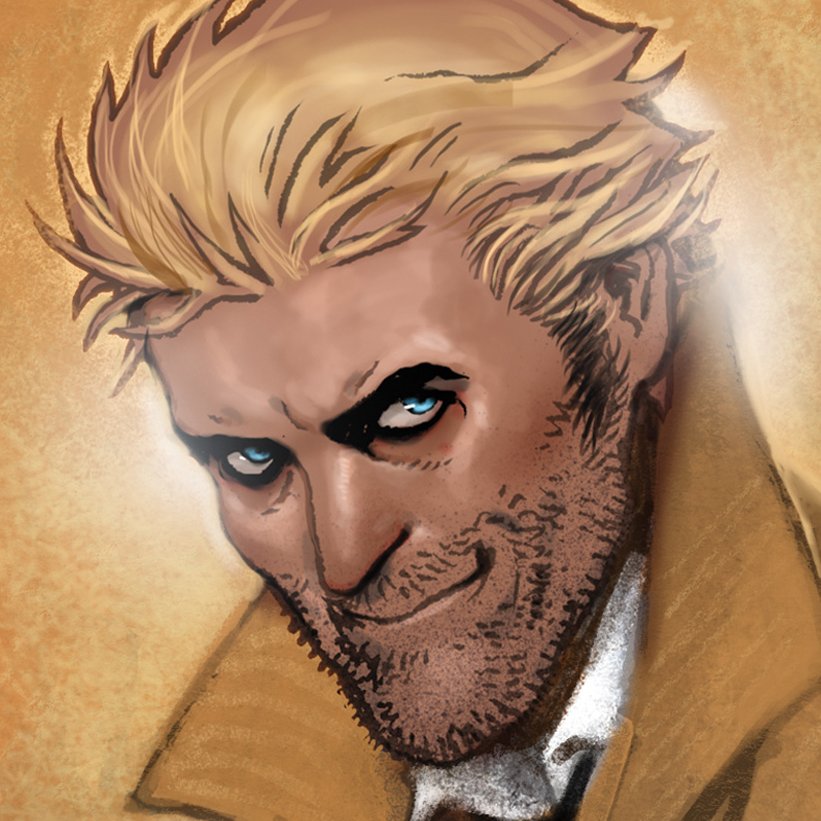 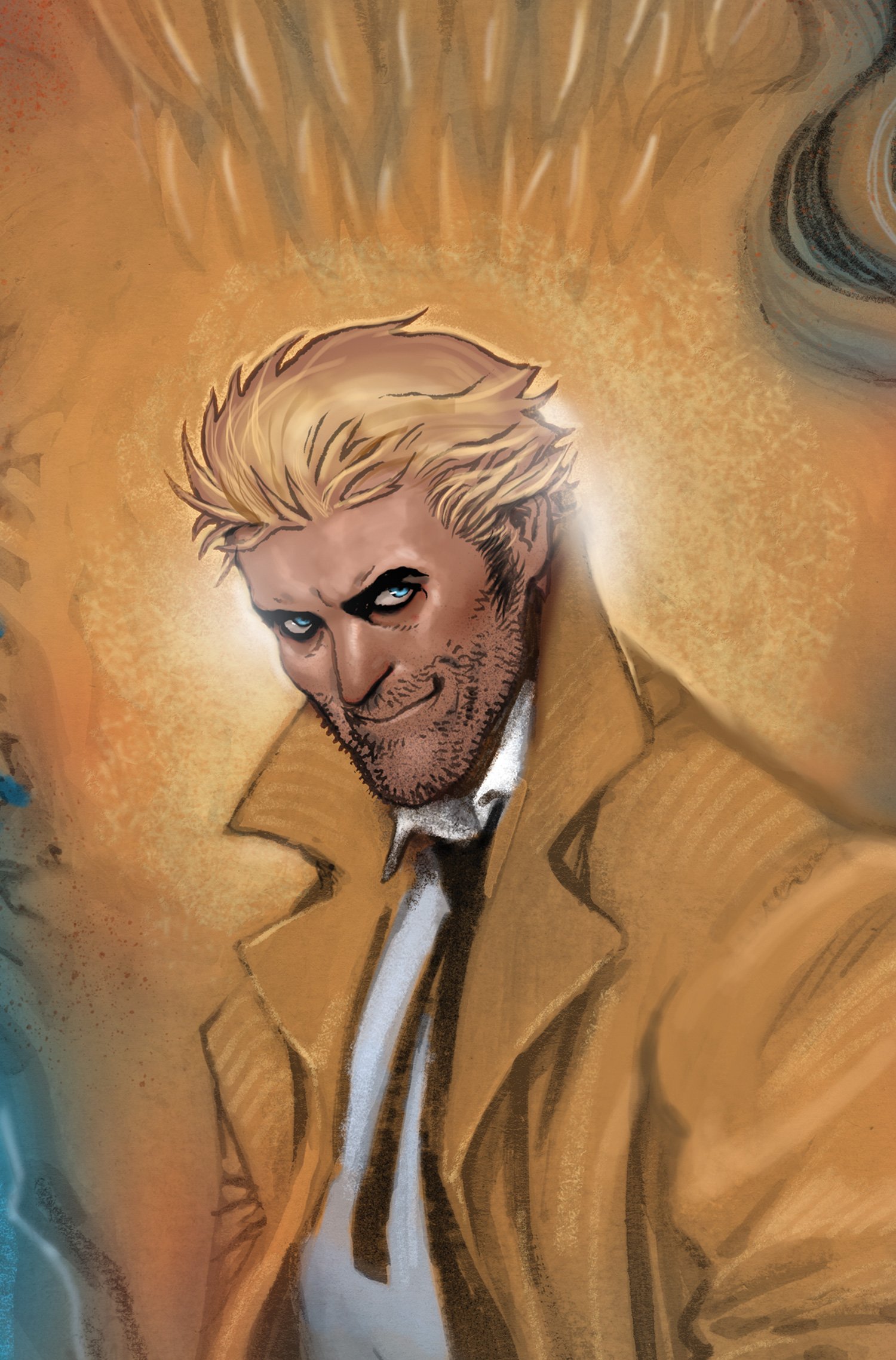 Encircled by a wreath of cigarette smoke, sorcery, and shame, John Constantine wields the dark arts to save his soul, as well as the earth itself.

Encircled by a wreath of cigarette smoke, sorcery, and shame, John Constantine wields the dark arts to save his soul, as well as the earth itself.

If you're dealing with trouble that skews a bit supernatural, you'd better get yourself to the expert. John Constantine isn't known for his glowing personality, but when it comes to the occult, he's the best investigator there is. Like anything in life, however, Constantine's skill set comes with a price.

A notorious con man and grifter whose past has a body count, Constantine's moral compass is as gray as can be. He's an expert sorcerer and magician, but also an accomplished liar and thief known for his vices, self-loathing and on-again-off-again death wish. His abilities have afforded him the opportunity not only to cheat death, but to trick the forces that govern Heaven and Hell…meaning he has no shortage of powerful enemies.

Still, although John's motives may be suspect more often than not, with enough effort, his selfishness can be chipped away, revealing a decent person buried beneath a carefully crafted persona. A lifetime of pain and suffering has hardened the Hellblazer on the outside, but, deep down, he wants to do the right thing. 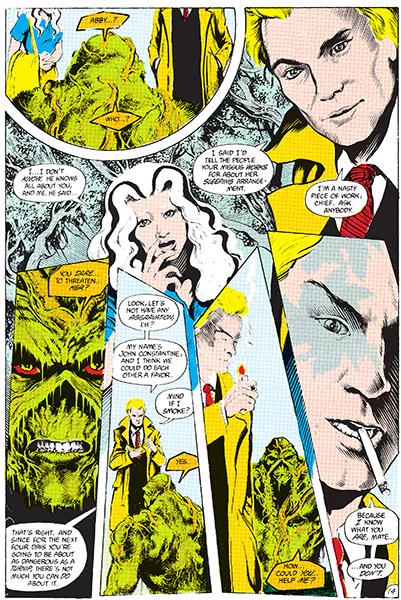 John's early childhood was anything but pleasant. After his mother died in childbirth, he was left at the mercy of a troubled alcoholic father who drove him and his older sister, Cheryl, to escape and live with their aunt and uncle in the English countryside. It wasn't until after their father had died that John learned the truth of his family's bloodline: his ancestors were part of a long line of magic users known as the Laughing Magicians. As such, they had the power of "synchronicity," the ability to trick the gods.

With this new knowledge, John began to travel the world, attempting to learn what he could of his family's arcane gifts. He became enamored with the world of punk rock and briefly formed a band called Mucous Membrane, which led to his first attempt at magical heroism. It was an occasion he stumbled into by accident, when trying to contain a monster summoned at an out-of-control party.

In trying to stop the monster, John accidentally summoned a demon to fight. The demon, Nergal, wound up doing more damage than it helped prevent, hurling John into a nervous breakdown. For better or worse, the experience forever changed John. He wound up traveling the world looking for different occult problems he could investigate, and, if not fix, at least profit from. 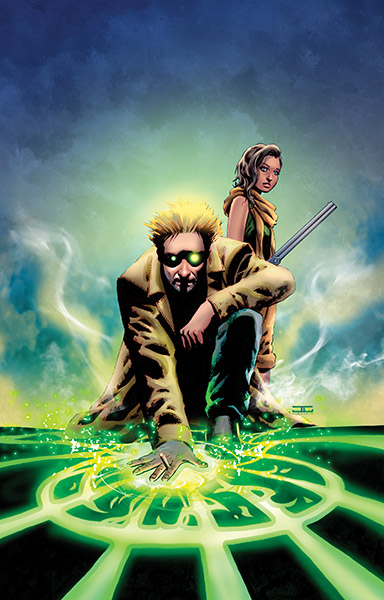 Constantine is an expert magic user. He is proficient in multiple schools of the arcane arts, but in combat he prefers to rely on his cunning rather than spells. He's an accomplished con artist, skilled in manipulation and bluffing, aided by his genetic instinctual "synchronicity," through which he, essentially, makes his own luck.

John’s blood is demonically tainted after a transfusion from the demon Nergal, which left him with a heightened physical resistance and significantly decelerated aging process. His blood leaves him immune to many illnesses and provides defense against certain types of occult creatures, such as vampires.

Constantine was introduced in the pages of THE SAGA OF SWAMP THING, in which he served as "occult advisor" and companion to the titular muck monster. In THE SAGA OF SWAMP THING #37 (1985), John first contacted the creature, and the two struck up a friendship that would last for years. John provided some answers to the Swamp Thing about his origin, revealing that he was in fact an elemental, powered by the mystical force known as the Green. John later introduced the Swamp Thing to the Parliament of Trees, a mystical body of plant elementals (SWAMP THING #47, 1986).

Constantine spent much of his time trying to help Swamp Thing work as the protector of the Green, but the two came into conflict when Swamp Thing wished to leave his duties behind and pursue a relationship with his wife. Unwilling to find compromise and seeing no benefit to himself (aside from, of course, the aversion of global catastrophe if the Green were to go unprotected), John stopped pressing the issue. But things between John and Swamp Thing became even more strained when the latter possessed and used John's body to conceive a half-human child with his wife. 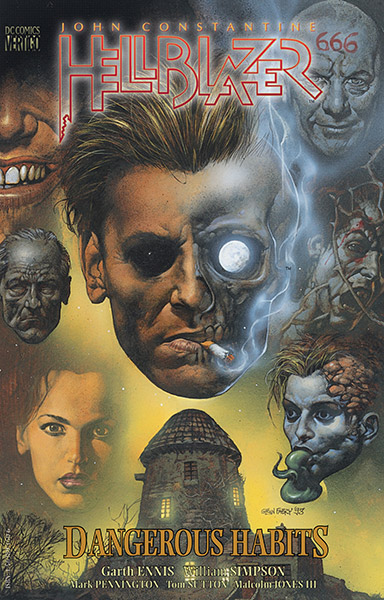 After initially appearing with Swamp Thing, John was given his first solo ongoing series, Hellblazer. Here John became increasingly haunted by the ghosts of his past, both literally and figuratively. Members of his old gang, the Newcastle Crew, began cropping up in various states of supernatural duress, looking for John's help. His solutions, however, were often less than ideal, and the long line of bodies that trailed him wherever he went grew all the longer.

Eventually, John came into conflict with two groups, the Resurrection Crusaders and the Damnation Army (HELLBLAZER #4, 1988), which brought Constantine face to face with Nergal, the demon he’d summoned at the start of his career.

In the ensuing battle, John's soul was displaced from his body and entered the astral plane (allowing his aforementioned possession by Swamp Thing). Upon returning to his corporeal form, John faced off against Nergal yet again, and was able to successfully defeat him, though not without damning himself in the process. Personifications of Agony and Ecstasy warned John that, upon his death, the minions of Hell would come to collect him.

John's solo adventures continued for years, with the Hellblazer growing ever more disillusioned with the idea of altruism. He eventually hatched a scheme to sell his soul to different lords of Hell at the same time in an effort to save himself. It was a gambit that would force the lords to keep Constantine alive, lest they be forced to engage in all-out war for his soul upon his passing. This resulted in John, who was always a heavy smoker, tricking these cosmic forces into curing him of life-threatening lung cancer (HELLBLAZER: DANGEROUS HABITS, 1994).

Much of John's status quo was unchanged following the events of DC UNIVERSE: REBIRTH #1. He rejoined old allies such as Swamp Thing and set about lifting an old curse that had been put on him to make him physically ill every time he set foot in London, where he now often operates.