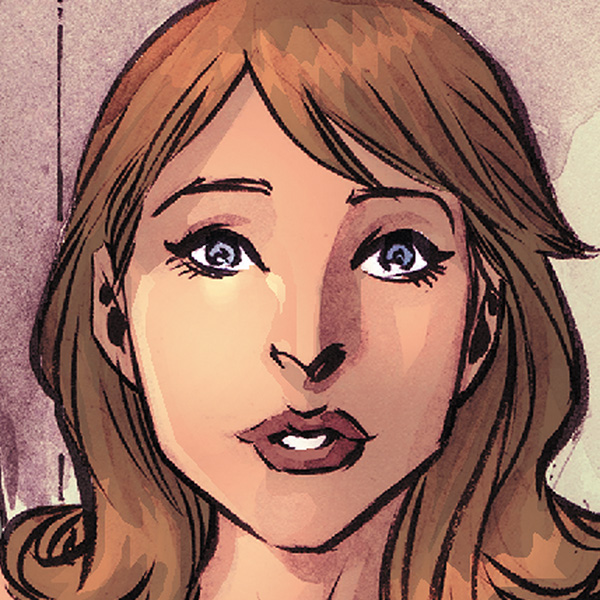 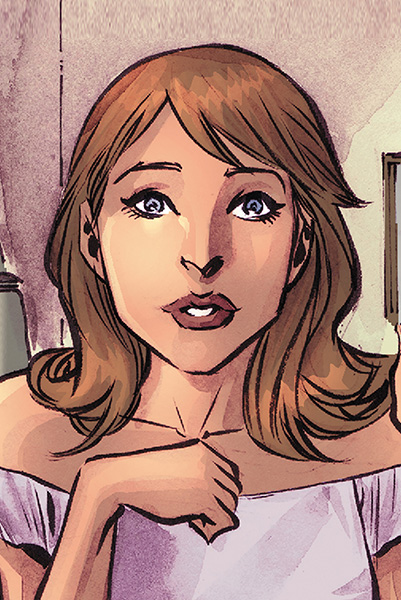 The love of Barry Allen's life, Iris West is a hero in her own right; as an investigative reporter in The Flash's hometown, Central City.

The love of Barry Allen's life, Iris West is a hero in her own right; as an investigative reporter in The Flash's hometown, Central City.

It takes a special kind of person to keep up with the Fastest Man Alive, but luckily for Barry Allen, Iris West is more than up to the challenge. An endlessly driven reporter for Central City Picture News, Iris has been a constant figure in the landscape of Central City and in the lives of multiple Flashes.

Through time-travel paradoxes, cosmic crises and personal catastrophes, Iris’ bravery in the face of danger and devotion to doing what’s right have made her an indispensable asset for the DC Super Heroes, despite the fact that she has no powers of her own. 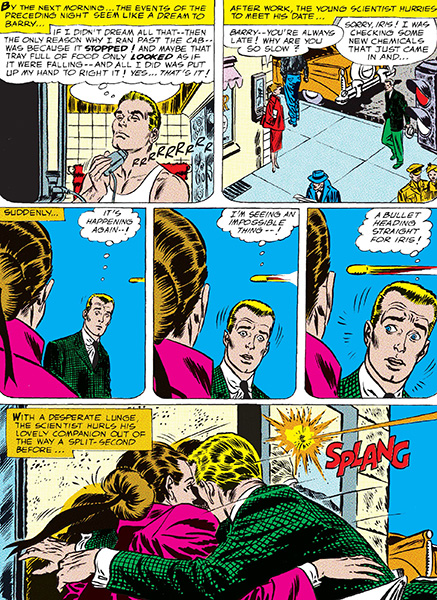 Iris’ earliest years were anything but pleasant or simple. After her mother died giving birth to her younger brother, Daniel, Iris’ father blamed the boy for the loss of his wife, putting Iris in the middle of a family feud. When the elder West’s abuse became violent, Daniel left home, and Iris was stuck caring for her now-alcoholic father.

Iris eventually overcame her traumatic childhood and got a job as a reporter in Central City, where she worked with police scientist Barry Allen on a case she was covering. The two grew close and became romantically involved.

Iris has no metahuman abilities. She is an expert investigative journalist whose cunning keeps her several steps ahead of everyone around her.

Iris was given temporary Speed Force powers once. But she sacrificed her abilities in order to save Barry’s life and help put the villainous Reverse-Flash back behind bars. 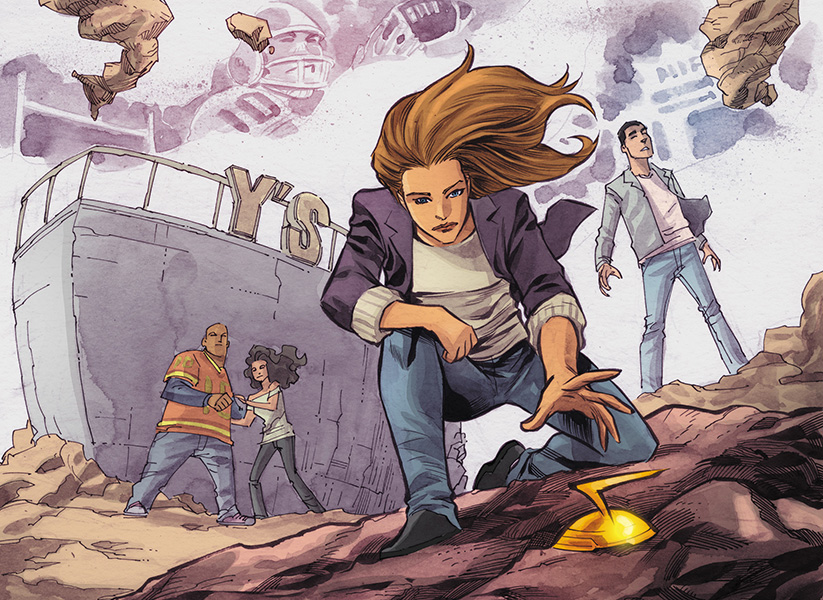 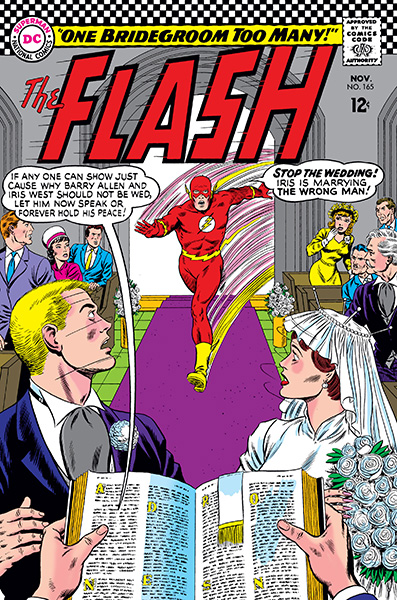 Iris was introduced in comics having already become Barry’s fiancée (SHOWCASE #4, 1954). It wasn’t until some time later that she was given some history on the page. Eventually it was revealed that she had met Barry while he was working in his day job as a police scientist on a murder she was reporting on for Central City Picture News. The two of them began dating, despite Iris’ annoyance with Barry’s perpetual tardiness. And Barry secretly served as mentor to her nephew Wally West, who became Kid Flash.

The two became engaged when Barry proposed to her on a trip to the Central City Amusement Park. They were wed, despite the interference of Barry’s rival, Professor Zoom, in THE FLASH #165 (1966). Subsequently, Iris learned of Barry’s double life after he mumbled about being the Flash while asleep on their wedding night.

Unfortunately, Zoom’s obsession with Barry and Iris did not abate. He finally cornered Iris and tried to hypnotically convince her to marry him instead. When his plan failed, he resorted to murdering Iris in cold blood (THE FLASH #275, 1979).

Thankfully, her death didn’t take. Rather than being completely “killed,” Iris’ consciousness was transported in time to the future and placed in a new body. In 1986’s CRISIS ON INFINITE EARTHS, Barry was lost to the Speed Force. But Barry and Iris were temporarily reunited via time-travel and lived together in the 30th century. There they had two children, twins Don and Dawn, a.k.a. the Tornado Twins.

Much later, with the help of her newly born speedster grandson, Bart Allen, Iris was able to travel back to the 20th century. There she connected with her nephew and current Flash, Wally West, and began writing a book on her adventures with the Flash titled The Life Story of the Flash, which was eventually published.

Following 2009’s THE FLASH: REBIRTH (2009), Barry and Iris were finally reunited for good, after Barry managed to escape the Speed Force. Despite some initial awkwardness and trepidation, they briefly resumed their life together, until Barry went back and reset the continuity of the DC Universe, causing 2011’s FLASHPOINT event. 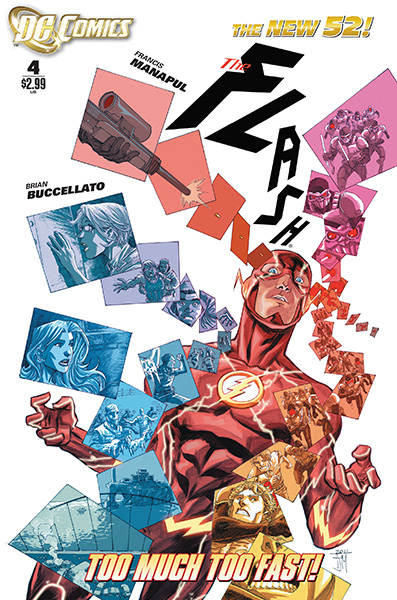 Following 2011’s FLASHPOINT, Iris’ history was reset. Her marriage to Barry, their children and her time-travel had never happened. Instead, she was reimagined as a close friend and colleague of Barry’s who did not know his secret identity and only implicitly had romantic feelings for him.

In this version of Iris’ story, her brother Daniel wound up becoming the Reverse-Flash, repeatedly forcing Iris to choose between supporting her family and supporting the Flash. After one fateful confrontation, Iris was at last able to decide, and sent Daniel to Iron Heights Prison.

Following the continuity-altering events of 2016’s DC UNIVERSE REBIRTH #1, Iris’ history was relatively unchanged. She remained a reporter in Central City and an on-again-off-again romantic interest for Barry Allen. She eventually learned that Barry was the Flash, and that he had been mentoring her speedster nephew, Wally West.

Things, however, began to get even more complicated when the pre-Flashpoint Reverse-Flash, Eobard Thawne, returned from the Speed Force and attacked Barry and Iris. The encounter caused Iris to experience visions of her own pre-Flashpoint history and relationship with Barry. During the ensuing fight, Iris killed Thawne while he was temporarily depowered in order to prevent him from attacking Wally—a moment that caused a rift between Barry and Iris.