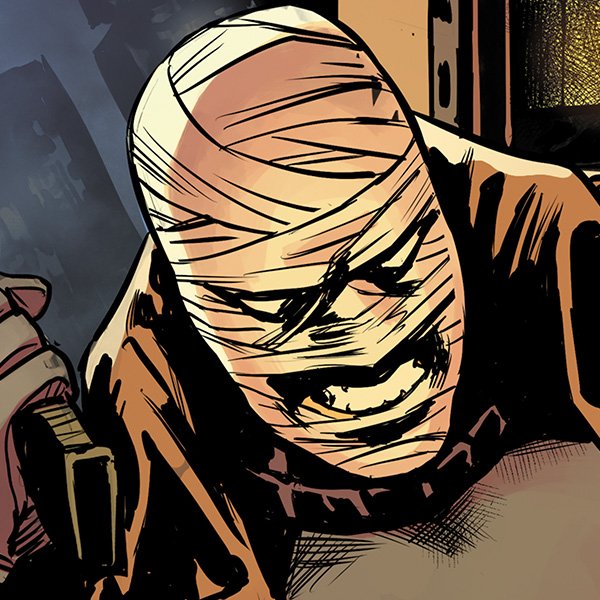 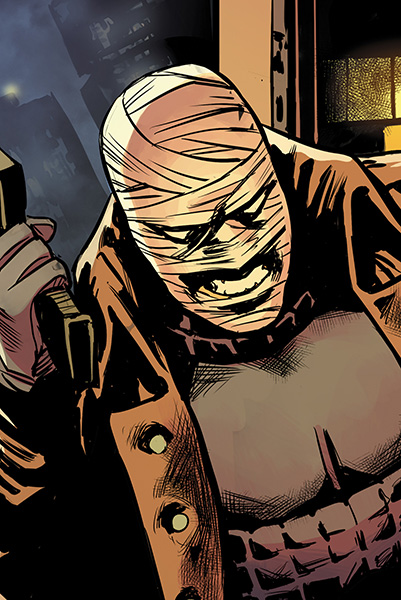 A secretive, bandaged criminal mastermind, Hush has manipulated Bruce Wayne's friends and enemies in an attempt to destroy Batman.

A secretive, bandaged criminal mastermind, Hush has manipulated Bruce Wayne's friends and enemies in an attempt to destroy Batman.

The bandage-wrapped Hush is perhaps the closest to Bruce Wayne of all Batman’s enemies, and has in many ways styled himself as Bruce’s dark doppelgänger. Young Tommy Elliot was a childhood friend of Wayne, who grew up in wealth and privilege as Wayne did. A genius like Bruce, he taught his friend much about strategy. But unlike Bruce, Tommy's ambition for wealth and independence, even as a child, led him to plot his own parents’ demise, and he sabotaged their automobile to engineer a car crash. Only Tommy's father died, as his mother was saved by Dr. Thomas Wayne, thwarting Tommy’s plans. When Bruce Wayne's parents were tragically murdered and he inherited their wealth, it began a lifelong resentment on the part of his former friend; as he saw Bruce getting everything he had ever desired.

Becoming a surgeon himself, Thomas Elliot continued to harbor a deep resentment for Bruce Wayne. When the Riddler discovered Wayne was really Batman, he attempted to sell Tommy the secret, but once they realized their common hatred for Bruce Wayne, they decided to join forces to bring him down. Wrapping his face in bandages to hide his true identity, Elliot manipulated many of Batman's greatest foes in a grand secret conspiracy to defeat him — hence, his chosen identity of “Hush.” Although Batman and a script-breaking Two-Face managed to stop him before his plan came to fruition, this effort along with many subsequent schemes has cemented his place as one of the Dark Knight's most dangerous foes.