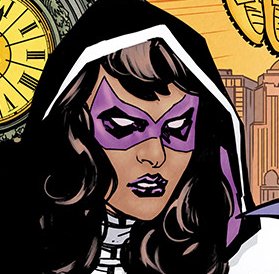 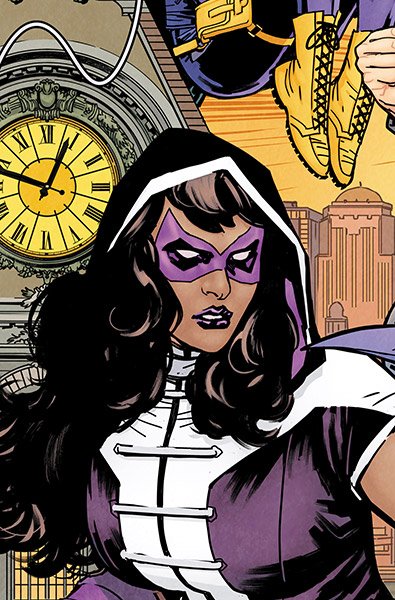 A crossbow-wielding urban warrior and a core member of the Birds of Prey, the Huntress takes aim against crime in the dark heart of the city.

A crossbow-wielding urban warrior and a core member of the Birds of Prey, the Huntress takes aim against crime in the dark heart of the city.

Born into a chaotic web of warring mob families in Gotham City, Helena Bertinelli's life has always been a mess of violent extremes. At eight years old, she witnessed the murder of her mother, father and brother, an event that left her in the care of her uncle in Sicily. He taught her the code she would come to live by: "Blood cries for blood." In order for Helena to proceed with her life, she would have to exact revenge on the people responsible for her family's murder.

After spending her early teenage years training, she returned to Gotham City, only to learn the true depth of the Mafia's corruption. After witnessing the Batman in action, Helena vowed to follow his example and purge the city of corruption by any means necessary—even if it meant crossing lines Batman would not.

Caught in a struggle between her rage and her role as a DC Super Hero, Huntress has come to represent the darker shades of gray in Gotham. 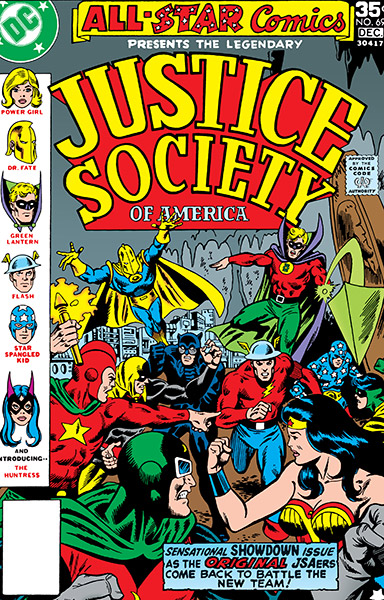 Prior to the events of 1985’s CRISIS ON INFINITE EARTHS, Helena was Helena Wayne, the daughter of Batman and Catwoman on Earth-2. Following the Crisis, however, this version of the Wayne family was erased from DC history.

Helena was reintroduced several years later with a new last name and no biological connection to the Batman. As a child in Gotham City, this version of Helena was raised under the fist of Franco Bertinelli, who regularly beat her mother, Maria. Despite, however, the inherent violence of her family, Helena remained unaware of their criminal dealings and Mafia connections until they were assassinated before her eyes, leaving her Gotham’s last Bertinelli.

Rather than leaving her in foster care, Helena's relative in Sicily, Salvatore, took her in. He taught her and her cousins how to fight and defend themselves against the family's enemies. Helena came to believe the only way to absolve herself of the trauma of her past was to get revenge upon those responsible for her family's murder.

This belief, and the sight of Batman in action, led Helena to craft a vigilante identity for herself. After several more years of extensive training, she became Huntress and returned to rid Gotham of organized crime. At times, however, Huntress has shown a level of ruthlessness in her pursuit of justice that far exceeded Batman’s.

Like most of the Super Heroes in Gotham City, Helena has no metahuman abilities. Instead, she’s in peak physical condition with above-average strength, agility and stamina. She’s an expert marksman, preferring to fight with a crossbow, but has been shown to be comfortable with any number of weapons, projectile or otherwise.

Helena is also an expert spy and computer hacker.

Following a catastrophic earthquake (1998’s “Cataclysm” event), Gotham City was sanctioned as a "No Man's Land" by the U.S. Government and barricaded off from the rest of the country. In the chaos that followed, Gotham descended into a state of perpetual gang warfare and lawlessness. During this time, Bruce Wayne left the city in order to seek help for the city from the government, leaving the protection and organization of the city and its civilians to a small group of Super Heroes—one of whom was Huntress. She allied with Barbara Gordon, Nightwing and the newly introduced Cassandra Cain to stabilize the city.

During this time, Helena briefly took up the Batgirl mantle, calling herself "the Bat" and patrolling various territories before Batman ordered her to give it up. Helena resumed her Huntress identity and continued her work in Gotham, which culminated in a near-fatal encounter with The Joker. 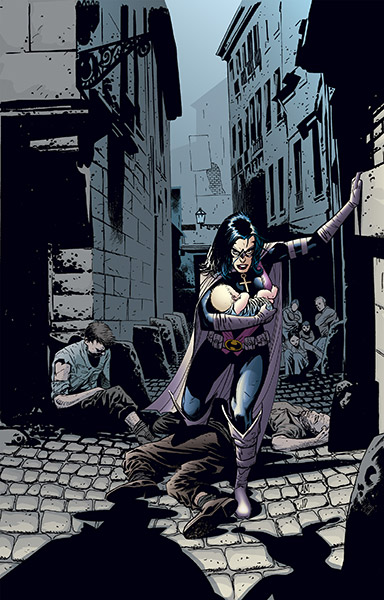 Shortly after being accepted by Batman as a DC Super Hero allowed to operate within Gotham City, Helena was framed for the murder of a Mafia don who was shot and killed with crossbow arrows (BATMAN/HUNTRESS: CRY FOR BLOOD #1, 2000).

With his fragile trust in Helena shattered, Batman and his team moved to apprehend her as the killer, forcing her to team up with the eccentric hero the Question. Together, they proved her innocence while deducing the real murderer's identity and evading capture by Batman.

This story also reveals Helena's full origin, as it is intercut with flashbacks to her childhood, the murder of her parents and her training with relatives in Italy. 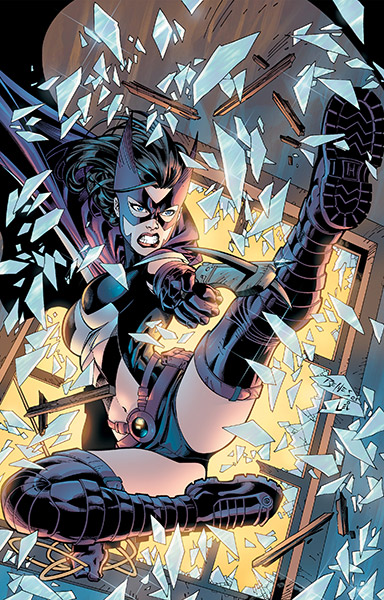 Shortly after the events of NO MAN'S LAND, Helena was given a new costume and equipment by Batman, whose respect she’d slowly earned. With his support, Helena joined the Birds of Prey, a team run by Oracle, a.k.a. Barbara Gordon, former Batgirl.

Though Barbara and Helena did not initially get along, Helena formed a friendship with her teammate Dinah Lance, a.k.a. Black Canary. Despite that connection, the team dynamics remained strained, prompting Helena to quit and rejoin several times before becoming one of Oracle's most trusted teammates.

While working with the Birds, Helena became a member of the Outsiders (OUTSIDERS vol. 3 #8, 2004), but for only one mission.

A retroactive look at Helena's earliest years as Huntress, this story explored her first real costumed outing in Gotham City, just before she turned 21. Here, Helena met Barbara Gordon, Batman and Catwoman for the first time. But, still consumed with rage and desire for vengeance, she maintained sole focus on her mission, at the expense of connecting with her fellow Super Heroes. 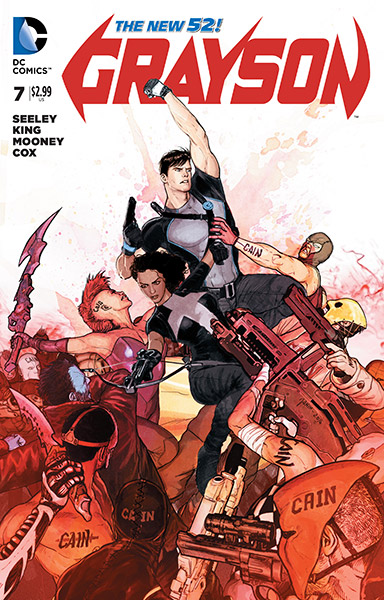 Helena resurfaced in the New 52’s continuity as Matron, an operative of the international spy organization Spyral. Believed dead by the outside world, Helena took up a job teaching the next generation of super-spies at a boarding school in England, while simultaneously acting as partner to Dick Grayson (who’d infiltrated Spyral in the 2014-2016 series GRAYSON.)

Following DC UNIVERSE: REBIRTH #1 (2016), Helena severed her ties with Spyral and returned to Gotham to resume her life as Huntress. Most of her Mafia-based origin story was returned to continuity, which brought her into conflict with the Rebirth incarnation of the Birds of Prey, consisting of Barbara Gordon/Batgirl and Dinah Lance/Black Canary.

Despite their differences, Helena soon joined the Birds. She continues to operate with them today.