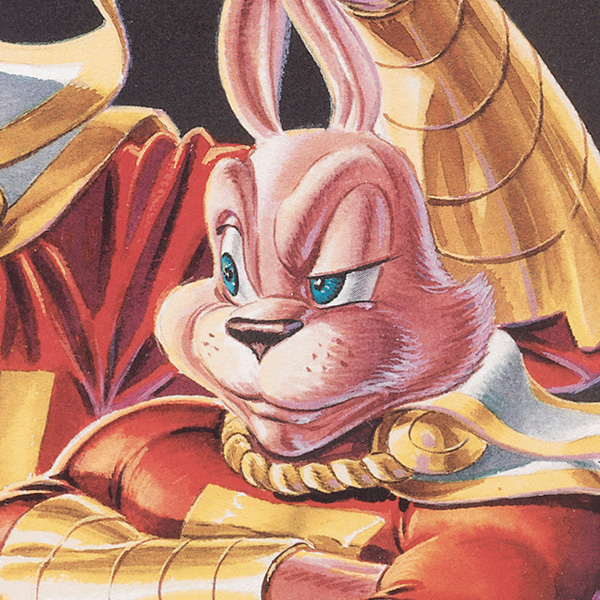 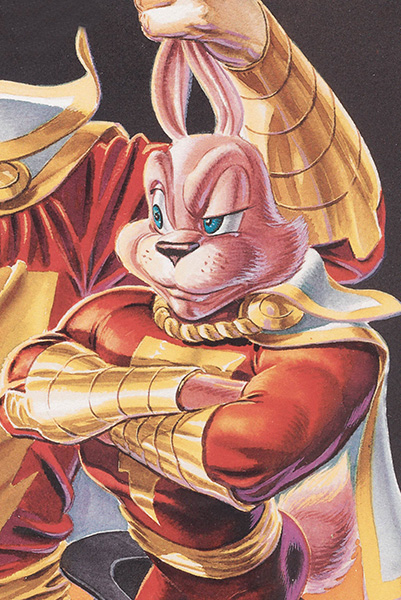 Hailing from a dimension of talking animals, Hoppy the Marvel Bunny is imbued with all the powers of Shazam.

Hailing from a dimension of talking animals, Hoppy the Marvel Bunny is imbued with all the powers of Shazam.

In the DC Multiverse, there are many strange worlds and on one of the strangest lives an anthropomorphic bunny rabbit named Hoppy, who possesses all the powers of Captain Marvel, which were granted to him by a bunny version of the wizard Shazam. Just like Billy Batson, when Hoppy said the magic word “Shazam!” aloud, a bolt of magic lightning strikes and he is transformed into a super powered hero. Hoppy wears an outfit identical to the original Captain Marvel’s, who is just a comic book character in Hoppy’s world of "Earth C-Plus." As the Captain Marvel Bunny, Hoppy defends his home of Funny Animalville, where other talking critters live, including his girlfriend, a bunny named Millie. Hoppy even battles a bunny version of Black Adam named Captain Black Bunny.

Hoppy met the human Captain Marvel when he was transported to Earth-S, where he joined the Marvel Family and Superman against Mister Mind and Mister Mxyzptlk, and also once fought with Earth-C's Captain Carrot and his Amazing Zoo Crew. However, this version of Hoppy disappeared after the CRISIS ON INFINITE EARTHS. In the post-FLASHPOINT reality, Hoppy reappeared as an ordinary pet bunny rabbit, owned Billy Batson's adopted sister Mary Bromfield. After Hoppy was accidentally struck by the magic lightning as Mary and her foster sister Darla Dudley transform into their Super-Hero identities, Hoppy gains the power of flight and lightning-emitting eyes. In addition, Hoppy's fur pattern reflects the lightning-bolt emblem of the Shazam Family.