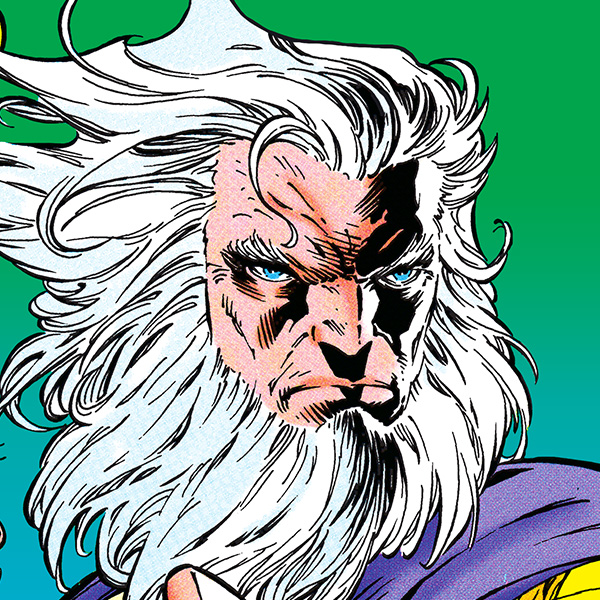 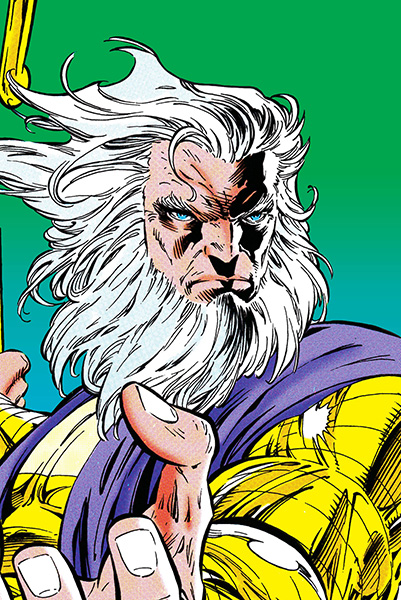 The leader of New Genesis, the adoptive father of Orion, the birth father of Mister Miracle, no New God is as revered as much as the benevolent Highfather.

The leader of New Genesis, the adoptive father of Orion, the birth father of Mister Miracle, no New God is as revered as much as the benevolent Highfather.

Just as the bleak world of Apokolips is ruled by the dark lord Darkseid, Apokolips' opposite, the bright and shining planet of New Genesis, is ruled by the benevolent and wise immortal known by the title Highfather. Millennia ago, he was known simply as Izaya, and was married to a woman named Avia. One day, Steppenwolf and his nephew Darkseid attacked New Genesis, an attack in which Avia was killed, and Izaya was seriously injured. He was nursed back to health by a woman named Vayla, and the pair fell in love and were eventually married. In retaliation, Izaya attacked Apokolips, but revenge didn't fulfill him. Going on a spiritual quest, he discovered the energy known as "The Source," and, taking the name Highfather, he returned to New Genesis and became the spiritual leader of the New Gods of Supertown.

After several millennia at war, the two worlds of New Genesis and Apokolips formed a truce. As part of that accord, Highfather and Darkseid exchanged their two infant sons to seal the pact. Darkseid took Highfather and Vayla's son Scott Free and raised him in the fire pits of Apokolips, while Highfather raised Darkseid's son Orion. Eventually, Scott grew up to become the heroic Mister Miracle, and rejoined his true family on New Genesis. In the post-FLASHPOINT universe, Izaya and Darkseid were actually biological brothers, and the sons of the Old God known as Yuga Khan. Highfather continues his role as the spiritual leader of the New Gods of New Genesis.