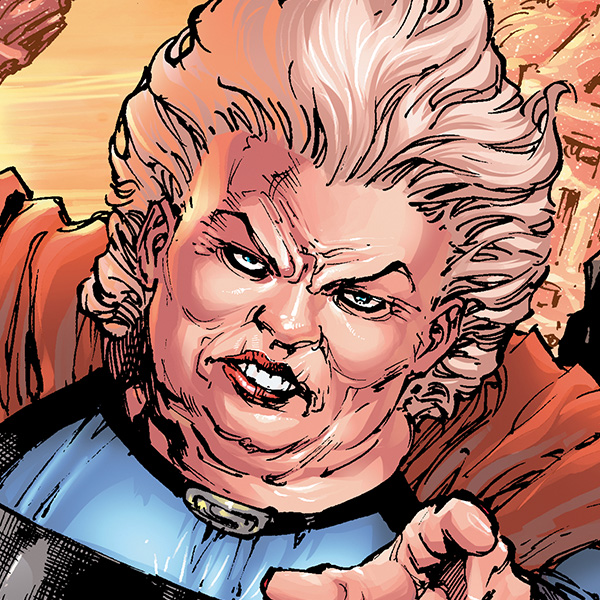 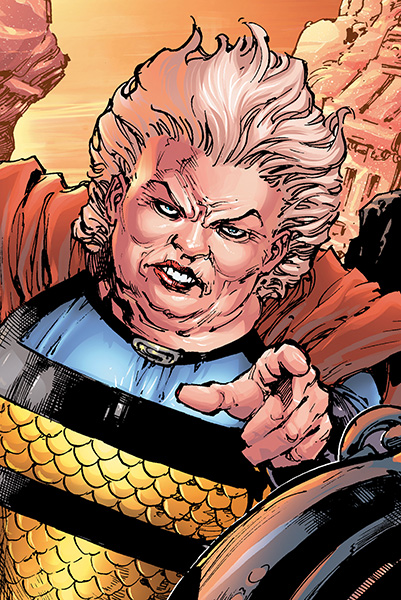 One of Darkseid's wickedest disciples, Granny Goodness oversees the sadistic Orphanage of Apokolips and her own squad of Female Furies.

One of Darkseid's wickedest disciples, Granny Goodness oversees the sadistic Orphanage of Apokolips and her own squad of Female Furies.

Darkseid's armies are known for spreading terror across the universe, but they are forged into his obedient servants by the woman named Granny Goodness. Originally from the peasant class of the planet Apokolips called the "Lowlies," the woman who would become known as Granny was taken from her parents at a young age, and trained to become one of Darkseid's loyal Hounds. After becoming one of Darkseid's most effective soldiers, he tasked her with running his training camp for his new minions. Named "the Orphanage", this place was where she tortured and brainwashed her trainees into becoming fanatical soldiers who were willing to die for the glory of Darkseid.

After many years, once she became a haggard old woman, a stark contrast to most New Gods who didn’t age, she earned the nickname Granny Goodness. Aside from Darkseid's common soldiers, she also trained a highly elite and deadly group of women warriors called the Female Furies. She also raised Highfather's son Scott Free in her Orphanage, but he would escape and become the Super Hero named Mister Miracle. When the centuries-long war between the planets Apokolips and New Genesis found itself being played out on Earth, Granny Goodness was sent to run orphanages on there, looking for potential warriors for Darkseid. She once even posed as the ancient Greek Goddess Athena to recruit several Amazons into her Female Furies.