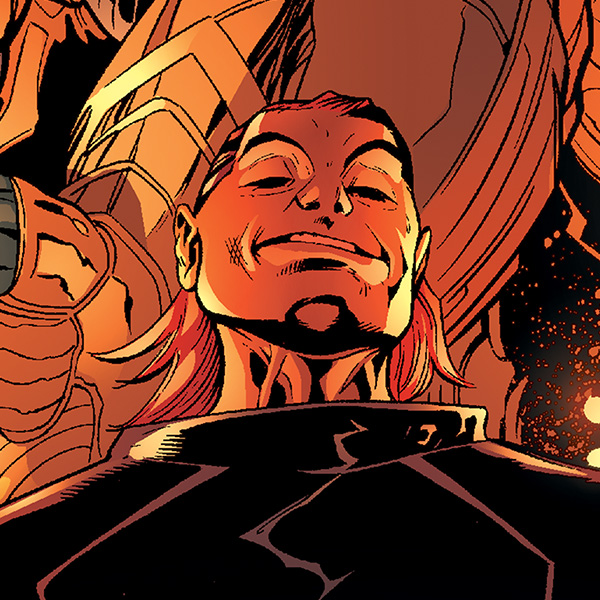 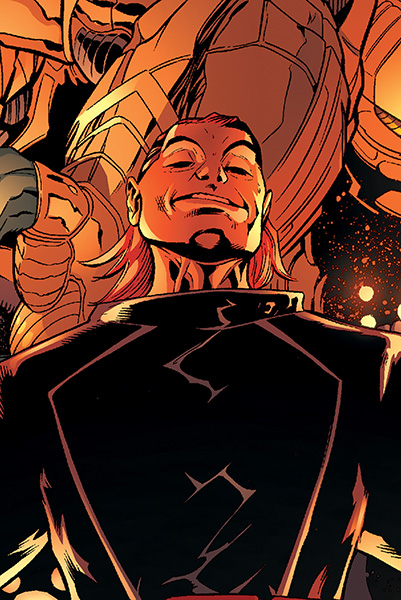 A mob-manipulating master of propaganda, Glorious Godfrey has thwarted the Super Heroes of Earth with his brain-washing powers.

A mob-manipulating master of propaganda, Glorious Godfrey has thwarted the Super Heroes of Earth with his brain-washing powers.

One of Darkseid's most formidable and loyal underlings is the New God called Glorious Godfrey, who has the power to persuade minds and brainwash those who listen to the sound of his voice, a power he shared with his sister, Amazing Grace. Darkseid uses Godfrey to be an advance agent in his invasion of Earth. With his powers of persuasion, Godfrey forms a loyal army of followers, who are equipped with technology from the planet Apokolips, and become known as the Justifiers. However, after many encounters with the Forever People, Godfrey and his Justifiers continually found themselves defeated.

Glorious Godfrey was nearly successful in taking down Earth's heroes however, when he used the power of the media. Changing his name to G. Gordon Godfrey, he disguised himself as a television talk show personality, and sent the people of Earth into a massive anti Super Hero hysteria. He was even able to convince thousands of ordinary people to march on Washington, D.C., leading an army of Apokoliptian forces against the heroes. The angry, brainwashed mob was ready to destroy all Super Heroes, but when Godfrey struck an innocent young girl, this broke the spell he had over his followers, and they turned on him. Godfrey was then sent to Belle Reve prison, although he was eventually broken out and returned home to Apokolips, where he continues to serve his master Darkseid.