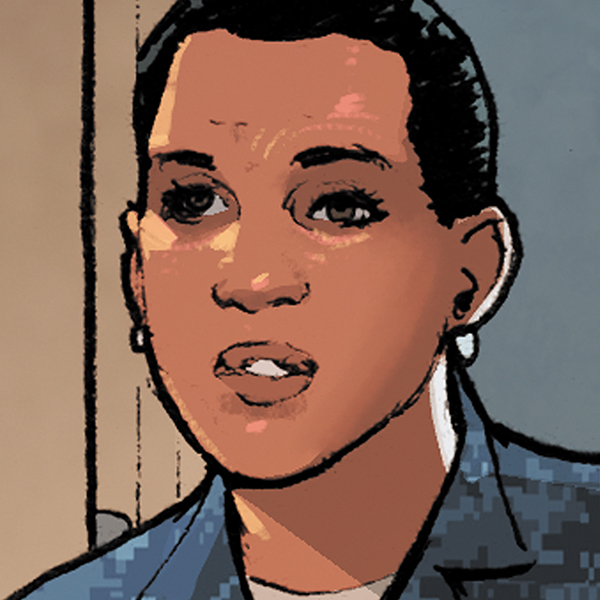 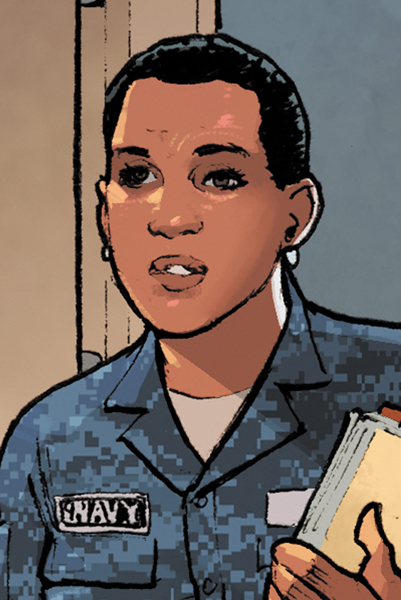 Etta Candy was Wonder Woman’s first true friend in man’s world. Though she’s changed a lot over the years, Etta always stands as a representation for the power of sisterhood.

Etta Candy was Wonder Woman’s first true friend in man’s world. Though she’s changed a lot over the years, Etta always stands as a representation for the power of sisterhood.

As Jimmy Olsen is to Superman, the bold and brassy Etta Candy is Wonder Woman’s best pal. In the original Golden Age continuity, Wonder Woman blended in during her time in man’s world by taking over the career of lookalike nurse Diana Prince, assuming her name and identity as the original fled the country to join her lover in a far-off land. As Diana Prince, Wonder Woman’s first patient was the emaciated, malnourished Etta Candy, whom she nursed back to a full recovery. A boisterous young woman with a lust for life and an appetite for sweets rivaled only by her one for boys, Etta Candy was the sheltered Wonder Woman’s guide to many of the Earthly pleasures which man’s world had to offer — and, as head of the always lively Beeta Lambda sorority at Holliday College, Diana’s window into the nature of sisterhood outside of Paradise Island as well. Before long, Etta Candy was fast friends with not only Diana, but her alter ego Wonder Woman, as well. Whenever the Amazon Princess needed a hand, Etta Candy and her “Holliday Girls” were always on the way to help with a “WOO! WOO!” battle cry — all thanks to a special radio of Diana’s design which allowed her to send mental telegrams directly to the Beeta Lambda sorority house.

Etta Candy’s appearances through Silver Age Wonder Woman titles were more sparing, but she was shown to have graduated from Holliday College, following her and Diana’s mutual friend Steve Trevor into the United States Air Force.

Following FLASHPOINT, Etta Candy was reinvented once again. Her marriage to Steve Trevor was undone, and she served once more as Steve’s secretary at the metahuman defense agency known as A.R.G.U.S. While this iteration of Etta may have harbored feelings for Colonel Trevor, she knew that his heart belonged to Wonder Woman- who, unfortunately for Steve, was caught up at the time in a romance with Superman.

In REBIRTH, Etta Candy continued to work for Colonel Trevor at A.R.G.U.S., but as a field commander. Etta was once more one of the first friends Diana had made in the modern world. But this time, Commander Candy’s feelings leaned towards another mutual friend of Wonder Woman’s: the brainy, adventurous archaeologist Barbara Ann Minerva. But while Barbara reciprocated Etta’s feelings, their relationship was doomed by Dr. Minerva’s transformation into Wonder Woman’s arch-enemy, The Cheetah.