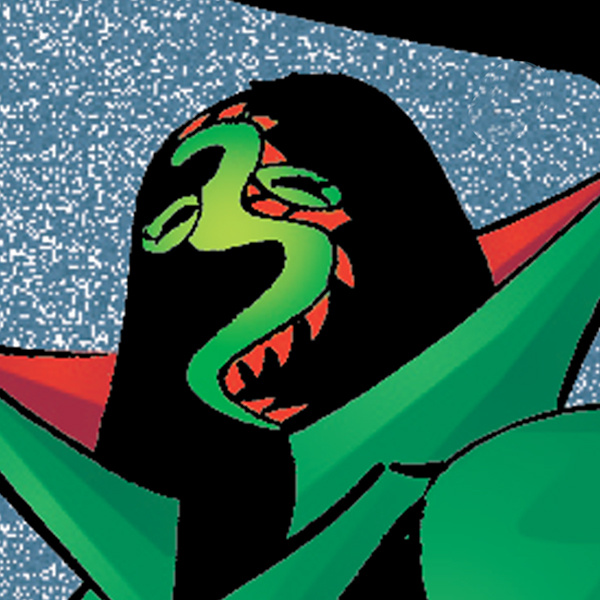 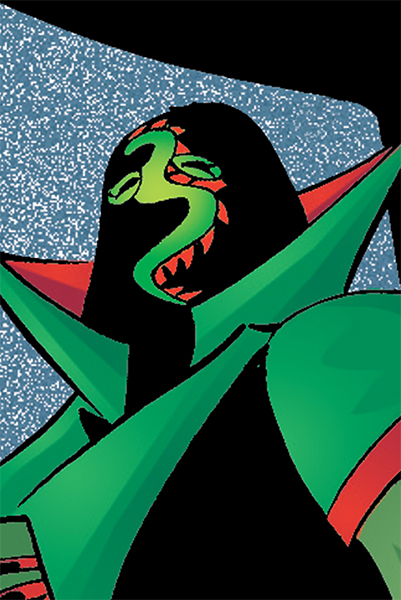 In the 1940s, this occult scientist used his mystic artifacts to keep the All-Star Squadron from ending the war. Decades later, his resurgence was the first great test in the career of Stargirl.

In the 1940s, this occult scientist used his mystic artifacts to keep the All-Star Squadron from ending the war. Decades later, his resurgence was the first great test in the career of Stargirl.

One of the most difficult parts of DC Comics history to reconcile is this: if the Justice Society of America was formed during World War II, then why weren’t the likes of Green Lantern, The Flash, Hawkman, Doctor Fate, and The Spectre fighting against the Axis powers overseas? The answer: a hooded villain in the service of the Nazis and their allies known only as the Dragon King.

Little is known of Dragon King’s life before the war. He took his moniker from a position of prominence in the Black Dragon Society, a historical fascistic paramilitary group in Japan. Eventually, he left the Black Dragon Society behind, considering their philosophy not extreme enough for his liking. Far behind the scenes with his name and face unknown, Dragon King’s expertise in science and the occult was one of evil’s greatest assets in the global war for domination. Though ostensibly a pesticide, Dragon King is credited as the true creator of sarin gas, a chemical agent used by Nazi forces against their enemies. His greatest achievement, however, was in combining the divine power of the Holy Grail and the Spear of Destiny, which would seize control of any metahuman or magical threats which would rise to oppose the Axis powers in the European and Pacific theatres of war. Thanks to the diabolical efforts of Dragon King, America’s greatest heroes were helpless to do all but defend their own borders.

As the Axis powers’ designated defense against the superhero contingent, Dragon King continued to oppose the Justice Society of America and the All-Star Squadron through World War II and beyond -- and was even responsible for the death of All-Star Squadron member Danette Reilly, the original Firebrand.

Unlike the majority of the Justice Society’s foes, Dragon King neither reformed nor was brought to justice. Decades after the disbanding of the Justice Society, Dragon King lurked in the shadows, lying in wait for his opportunity to rise again. One Squadron member who never gave up the chase was Sir Justin, the Shining Knight of the Golden Age. Tasked long ago with a quest for the Holy Grail still in Dragon King’s possession, Shining Knight was unable to relinquish his duties to find his foe -- nor would he, as the vengeance he yearned for with the death of his wife, Firebrand, still eluded his grasp.

As it happened, Dragon King was hiding in the one place no one would ever expect him to be: in America itself. In the sleepy town of Blue Valley, Nebraska, Dragon King raised a daughter, Cindy Burman, to follow in his footsteps and achieve his dream of conquering the world. But Cindy, as the Super-Villain “Shiv,” would soon acquire a nemesis of her own: Blue Valley High classmate Courtney Whitmore, alias Stargirl. Stargirl and her stepfather S.T.R.I.P.E.'s battles with Shiv eventually led them to the doorstep of the All-Star Squadron’s old enemy, where Sir Justin joined them for Dragon King’s last stand. In the ensuing battle, Dragon King finally fell once and for all.