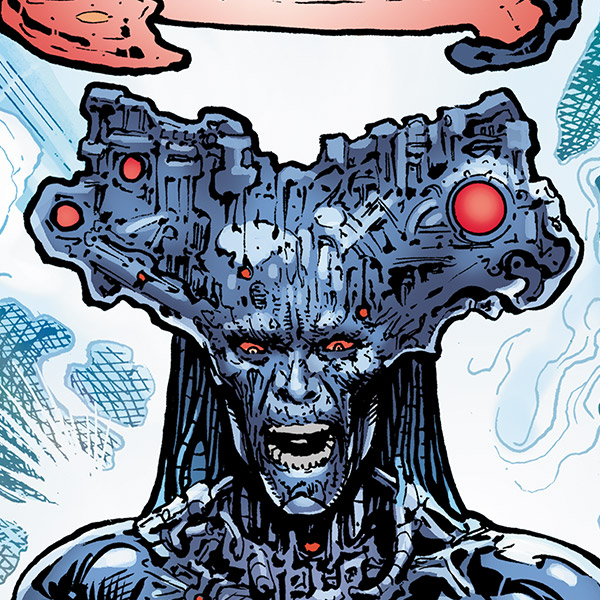 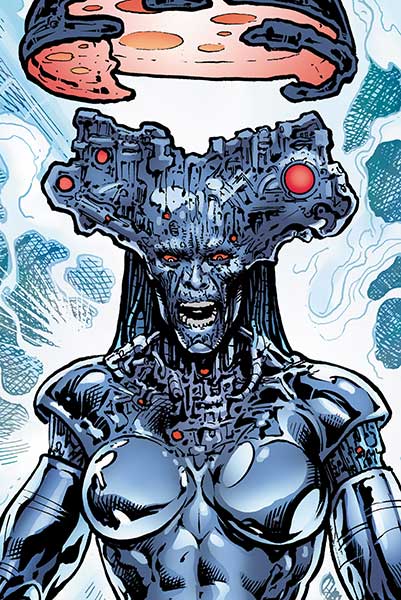 Once a human woman, Dr. Adrianna Anderson merged her mind into a robot construct known as the Cyberwalker, killing her organic body and creating Doctor Cyber.

Once a human woman, Dr. Adrianna Anderson merged her mind into a robot construct known as the Cyberwalker, killing her organic body and creating Doctor Cyber.

Dr. Cylvia Cyber was the twisted mastermind behind a global criminal network. She became Wonder Woman's arch nemesis at a time when the Amazon was stripped of her powers and known only as Agent Diana Prince. During an early encounter with Diana, Cyber was disfigured when a rival criminal group threw hot coals on her face. Blaming Wonder Woman for the disfigurement, Cyber sought revenge. She began wearing a cybernetic gold mask to hide her scars and a high-tech cybernetic suit that enhanced her physical strength and allowed her to fire energy blasts. This original incarnation of Dr. Cyber died before the events of 1985’s CRISIS ON INFINITE EARTHS. Post-Crisis, Dr. Cyber reappeared as a member of the Power Company.

In the Rebirth era of the DC Universe, Dr. Cyber is Dr. Adrianna Anderson, a renowned scientist and a close friend of Empire Industries CEO Veronica Cale. Adrianna was convinced by Cale, an avowed enemy of Wonder Woman, to use an experimental "cyber walker suit" to fight the Amazon. The suit, however, was damaged, and Adrianna's mind was trapped within its systems as she died. Her mind was later transferred to an A.I. system, where she became a digital construct going by the name Dr. Cyber. This new version of Cyber aided Cale in her plans against Wonder Woman.