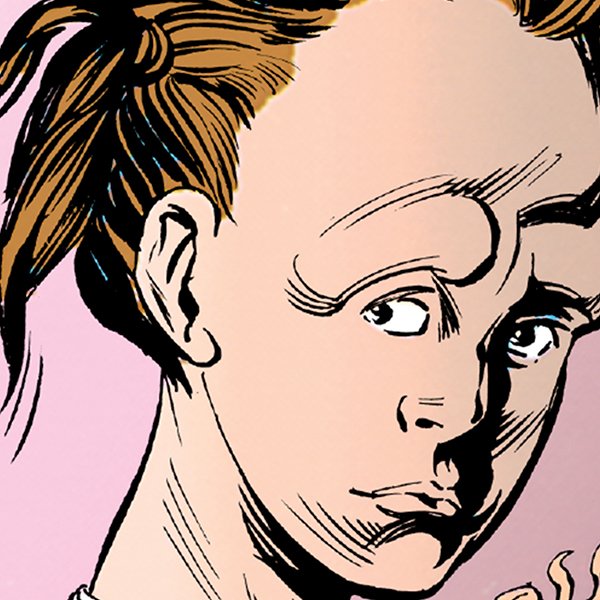 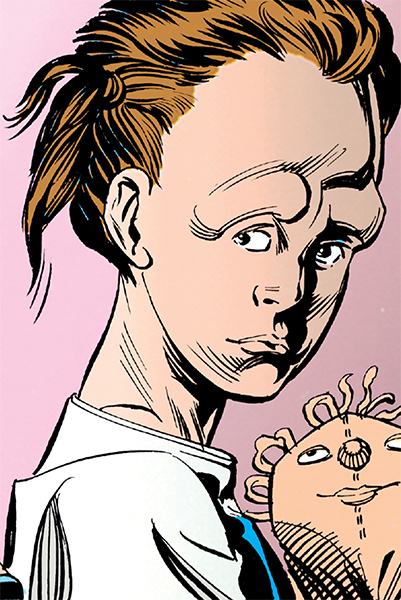 Gifted with a powerful imagination, Dorothy Spinner has the amazing ability to give life to her imaginary friends… and enemies.

Gifted with a powerful imagination, Dorothy Spinner has the amazing ability to give life to her imaginary friends… and enemies.

The Doom Patrol is a team defined by its offbeat members who don’t quite fit in anywhere else. It’s a family of beings who find it difficult to exist in the world as they are, and yet who would give everything to protect it -- and, more importantly, each other. That being the case, there was no better home for Dorothy Spinner, a young girl born with an ape’s face. As the subject of cruel ridicule and discrimination for her deformity, Dorothy had to turn inward for companionship, creating fantastic imaginary friends which she could bring to life via innate psychic abilities. And though her imagination could often get away from her into some scary places, these powers would be what allowed Dorothy a place among the world’s strangest heroes. 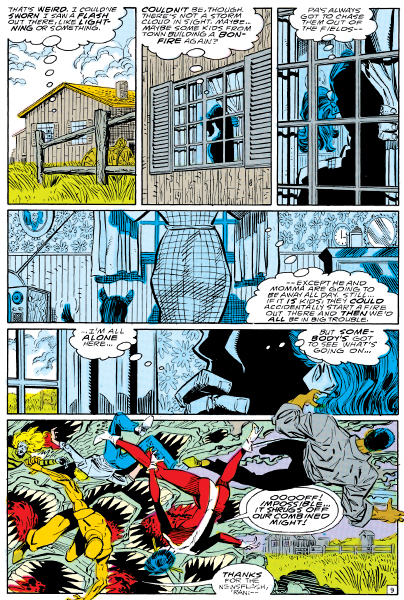 Growing up in Kansas like her literary namesake, Dorothy Spinner’s childhood was one of rejection and isolation. Her inhuman appearance made it difficult for her to make friends, and her greatest dream was to find some place where she belonged. That opportunity came when her heroes, the Doom Patrol, appeared on her homestead farm in battle with Pythia, a Lord of Chaos. When the confrontation was at its bleakest, Dorothy courageously intervened on her heroes’ behalf, and was declared an honorary member for her bravery. On that day, the Doom Patrol could never have known just how powerful an ally they had made. 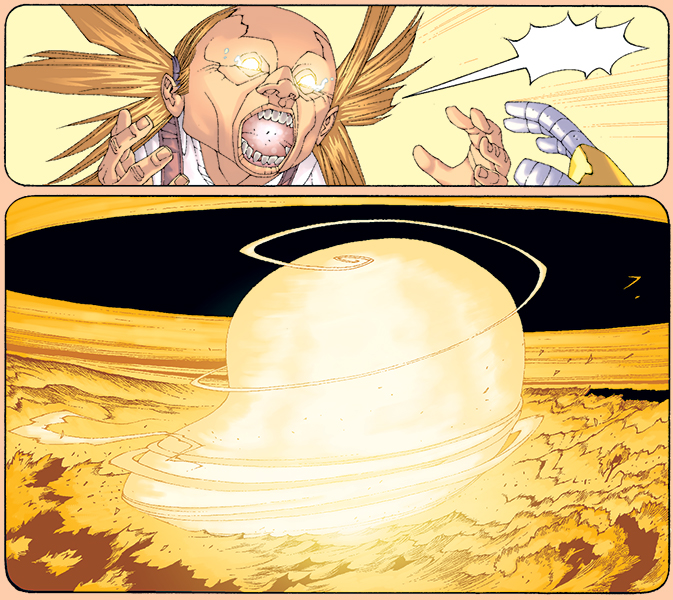 Dorothy Spinner has the power to bring any person or creature she imagines to life, often whether she wills it or not. These psychic manifestations are often based on her greatest hopes and fears, and are as likely to be allies as enemies. This power allows her to create duplicates of people who exist in the real world, or even manifest powerful psychic entities which dwell  within the realm of the collective subconscious. 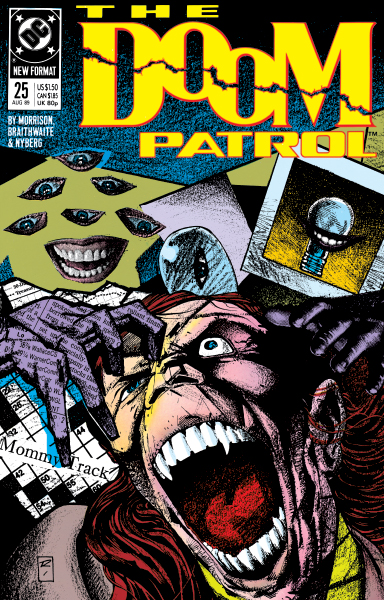 In the battle against Pythia at the Spinner farm in Kansas, young Dorothy had already proven her mettle as Doom Patrol material when she came to their aid in the team’s time of need. But soon, Dorothy proved to be an even more essential ally than they could have imagined. After discovering Dorothy’s powers to manifest imaginary creatures from her own subconscious, Dorothy was taken into the Doom Patrol’s care and made a full member of the team.

Dorothy found her first great challenge in the presence of Doctor Destiny’s Materioptikon on the Doom Patrol compound, which psychically manifested the unhandled trauma of her first period. With the help of teammate Joshua Clay, Dorothy was able to confront her fears and gain a new level of acceptance of herself. 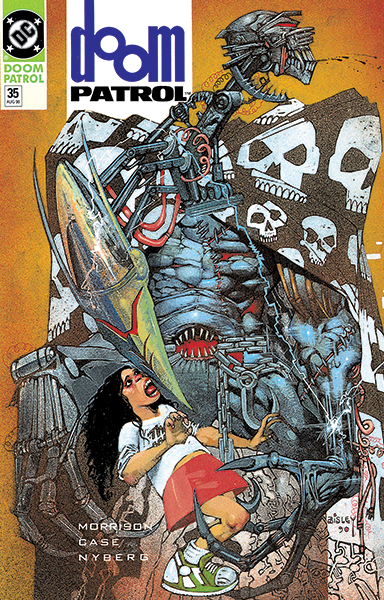 One of the greatest battles the Doom Patrol ever faced was their confrontation with The Men from N.O.W.H.E.R.E., a strange government organization artificially enforcing normalcy and status quo by stamping out weirdness wherever they found it. By exploiting the muscle mystery of Flex Mentallo, The Men from N.O.W.H.E.R.E. took control of the “Telephone Avatar,” a powerful entity which stands as a symbol for how the field of telecommunication itself has affected the course of humanity. It was Dorothy who defeated the Telephone Avatar, by conjuring something far worse: an even more powerful, older entity known as The Candlemaker, a psychic manifestation of humanity’s fears of doomsday.

Though The Candlemaker was banished from the world long ago, Dorothy’s powers of manifesting her imagination allowed it to find freedom in the world once more. Through Dorothy, The Candlemaker nearly brought destruction to the entire world, with a Doom Patrol helpless to stop it. It was only Dorothy herself who could defeat The Candlemaker by owning up to her fears and denying its power. 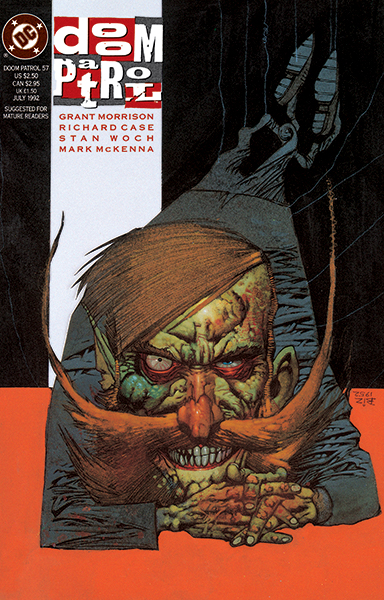 After a battle against the team’s duplicitous leader Niles Caulder, the Doom Patrol was disbanded, and its members went their separate ways. Dorothy, encouraged by her time with the team, felt she was ready to rejoin humanity, and got an apartment of her own. An apartment which, unfortunately, happened to be haunted. Using her powers, Dorothy conjured imaginary duplicates of her Doom Patrol allies to combat the spirits which beckoned her to join them. But when the real Robotman arrived to check in on Dorothy, she soon realized that even the spirits came from her own imagination -- a manifestation of the trauma and insecurity she felt from being bullied by her peers before her time with the team. 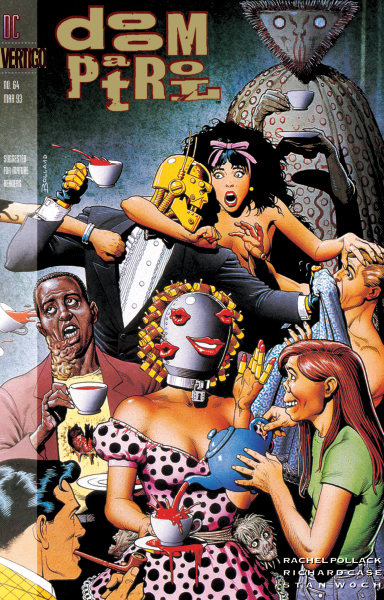 After her spirit encounter, the remaining members of the Doom Patrol began to feel concerned that the once emboldened Dorothy was regressing into insecurity. Robotman and Coagula resolved that it might help her to reunite Dorothy with her mother -- a prospect which proved so traumatizing to Dorothy that she released an enormous wave of anguished psychic energy, killing Coagula and placing Dorothy herself in a permanent coma. Though impossible to wake, Dorothy continued to influence the waking world through her powers in dangerous and unpredictable ways. Though it broke his heart to do so, Robotman ultimately made the decision to disconnect his friend Dorothy from life support, finally allowing her spirit to move on to whatever comes next. 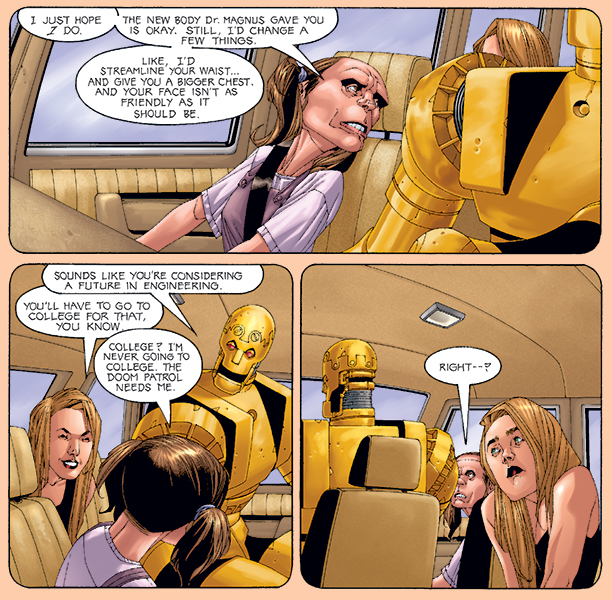