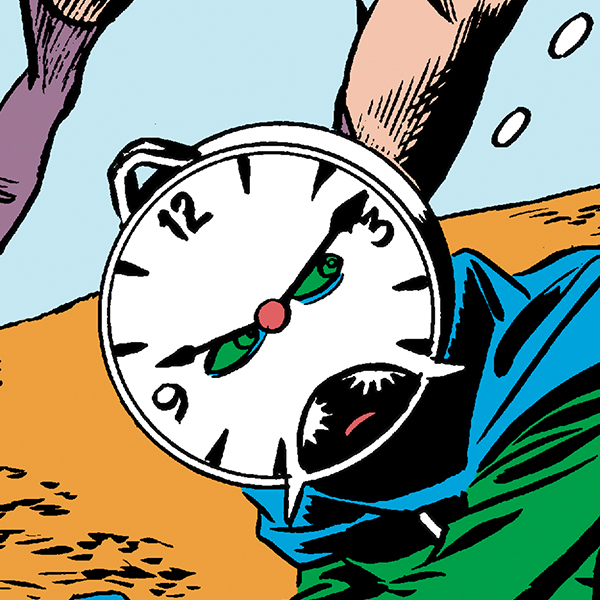 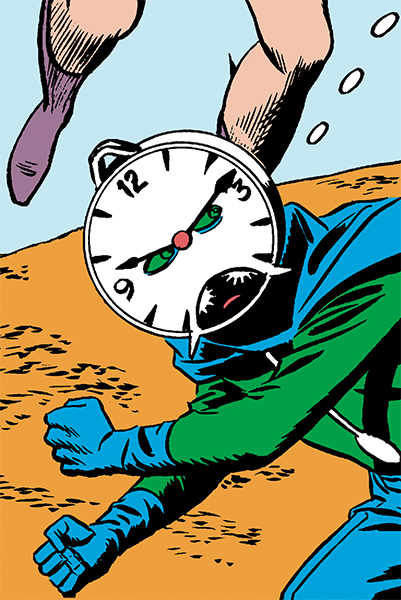 Armed with a ray that manipulates the flow of time, Dr. Percival Sutter is the Doom Patrol’s greatest enemy… at least, if you ask him.

Armed with a ray that manipulates the flow of time, Dr. Percival Sutter is the Doom Patrol’s greatest enemy… at least, if you ask him.

They say that time is the most precious commodity of all. If so, then the nefarious Doctor Tyme is a rich man indeed. His patented “4-X” beam allows him to speed, slow, or altogether stop the march of time wherever he aims it, allowing him to commit otherwise impossible crimes at relative super speed. After robbing a plane mid-flight, the Doom Patrol was summoned to end his chronal crime wave. But when each member fell victim to an array of time-themed traps carefully prepared within his lair, it was Elasti-Woman’s boyfriend, the telekinetic Mento, who forced him to free the Doom Patrol and turn himself in.

In the decades that followed, no one heard from Doctor Tyme – until the world’s most brilliant super scientists began disappearing in the year following INFINITE CRISIS, Doctor Tyme among them. In truth, Tyme had been recruited for the “Science Squad,” a team working around the clock on the secluded Oolong Island to develop super-weapons for Intergang. The greatest of their creations, the Four Horsemen of the Apocalypse, were responsible for the death of Black Adam’s wife. In an act of vengeance, Black Adam destroyed the Science Squad. As the surviving members went their separate ways, Doctor Tyme elected to stay on Oolong Island, having nowhere else to go.

One can imagine his surprise when, subsequently, the Doom Patrol chose to make Oolong Island their new base of operation. Rather than rattle sabers at his old foes, Doctor Tyme ultimately decided to put his criminal past behind him, and work alongside his former enemies.