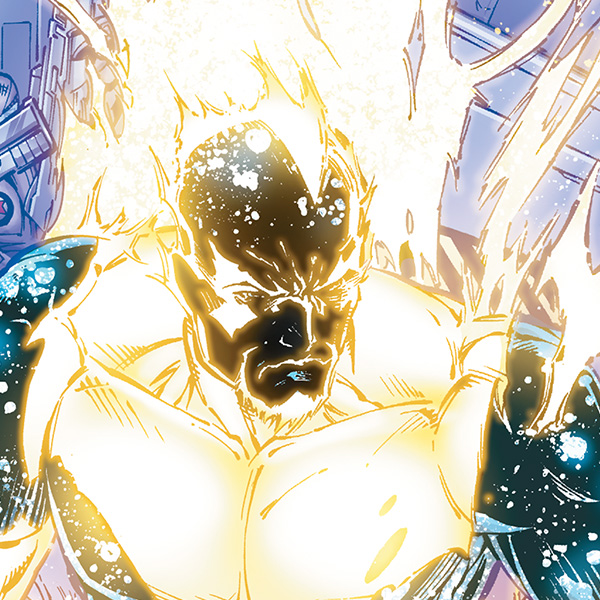 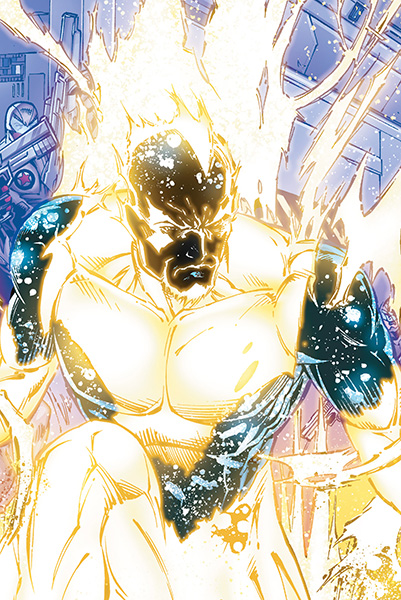 Though frequently derided as a clown, the villainous Doctor Light has been at the center of some of the most heinous acts in DC history.

Though frequently derided as a clown, the villainous Doctor Light has been at the center of some of the most heinous acts in DC history.

While the man known as Doctor Light might be seen as a second-rate criminal to many, don't let his outward appearance fool you. Incompetent though he may be, in many ways he's as sick and twisted as The Joker, and as resilient and hard to keep at bay as Brainiac. Originally known as Dr. Arthur Light, together with his partner at S.T.A.R. Labs, Dr. Jacob Finlay, he developed technology that could manipulate light into incredible, blinding brilliance, or into deadly focused laser beams. Incorporating this tech into a costume, Finlay was going to become a DC Super Hero. But when he accidentally died, his partner took the costume and used it to become a criminal instead.

Doctor Light first faced off against the Justice League of America, and went up against them many times, and was always soundly defeated. During one instance, he sexually assaulted the Elongated Man's wife Sue Dibny, and the League secretly had their resident sorceress Zatanna magically alter his personality to make him less of a threat. He later joined teams like the Fearsome Five and the Suicide Squad, eventually becoming a being of pure light. Despite his power upgrade, and being associated with teams like the Secret Society of Super-Villains and the Injustice League, Doctor Light is still viewed as something of a joke in the criminal underworld. But that doesn't mean he'd hesitate to harm anyone for his own selfish gain. 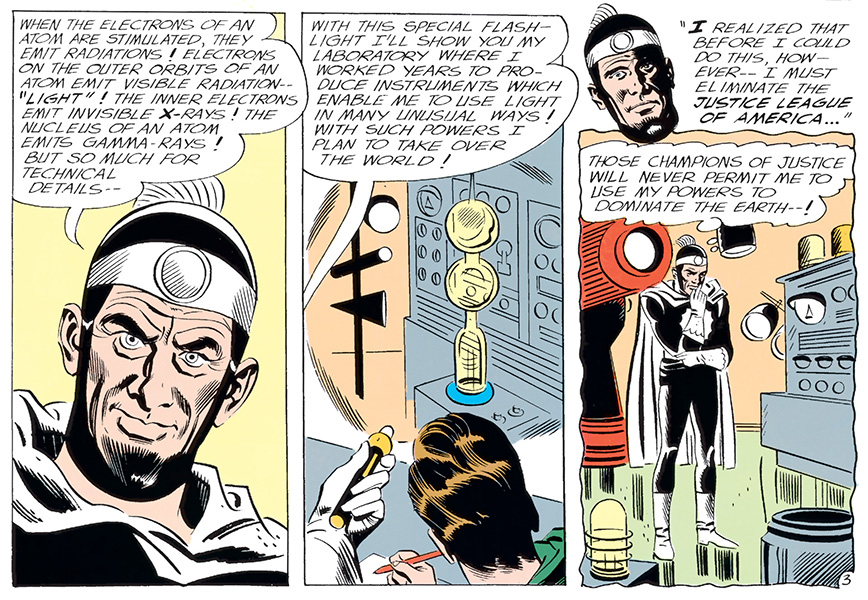 The super-powered criminal named Dr. Light was actually the second person in the DC Universe to use that name, although Light is his real surname and he is a true doctor. The first was a scientist named Jacob Finlay, who was Arthur Light's fellow researcher at S.T.A.R. Labs. Finlay created a highly advanced suit that allowed him to control the light spectrum, including creating blinding displays and deadly lasers. Becoming a DC Super Hero for a brief time, he was accidentally killed by his partner Arthur Light in the early days of his heroic career. Arthur then took the suit for himself and became the new "Doctor Light," but instead of a hero, he became a small time criminal. He now found himself haunted by Finlay's ghost, or at least what he thought was his ghost. He used the powers of the suit to fend off Finlay's spirit, which was driving him mad.

Doctor Light first makes himself known by fighting the recently formed Justice League of America. Although the team were fairly new at the time, they quickly defeated Light, who had cooked up a scheme where he captured the League with light rays, and then sent the Leaguers to different worlds based on their weaknesses. Over the next several years, he consistently fought the JLA, and always was humiliated by Earth's Greatest Heroes. Green Lantern Hal Jordan even defeated him without the help of his teammates.

It was during this time, humiliated by many defeats at the League's hands, that Light managed to sneak on board the JLA Satellite to steak back his weapons. The League was on a mission at the time, and the only person on duty was Sue Dibny, the wife of the Elongated Man. He brutally raped her; and when the League returned, they furiously attacked him. Although some members wanted to kill him for what he had done, their laws against taking a life prevented them from crossing that line. Instead, several members chose to alter Light's mind with Zatanna's magic spells, so that Light would no longer pose a real threat. This act, however, accidentally gave him a partial lobotomy, resulting in much of his intellect gone, and his becoming a bumbling fool.

With his mind now wiped of the events on the JLA satellite, but subconsciously realizing that maybe fighting the League was a dead end, he decided to take on their former sidekicks, the Teen Titans. He joined together with four other criminals and together they formed the Fearsome Five. But Light kept bungling their plans to defeat the Titans, so the other four members drove him off the team. During this time he was so inept, that he was even defeated by the non super-powered kids called Little Boy Blue and the Blue Boys. Adding further humiliation, his name and costume were used by a Japanese woman named Dr. Kimoyo Hoshi, who became a hero and Justice Leaguer.

Partially driven by self-doubt, and partially driven by the ghost of his former partner Finlay (who may have been a manifestation of that doubt), Light volunteered for the Suicide Squad, in exchange for a reduced sentence. Partially on the advice of the ghost of Finlay, Light then tries to be a hero, or at least, become a better person. While on a mission with the Squad on the planet Apokolips, Light is quickly killed by a group of Parademons. Light's soul then winds up in Hell, but his constant whining so annoyed the demons who ruled there, he was again returned to life and sent back to Earth

Not long after coming back to life, Light becomes trapped in a Green Lantern power battery, and in turn is temporarily transformed into living light, making him that much more powerful. When Sue Dibny is murdered, he becomes the prime suspect by the JLA, due to his sexual assault on her years earlier (in truth, the culprit was the Atom's ex-wife, Jean Loring). He regains his memories and more sadistic nature that was taken from him during this period, but the knowledge that he is a sexual predator makes him hated even among other Super-Villains.

The Spectre brings down final judgment on Doctor Light, and burns him to death by turning him into a candle, using his head as the wick. His corpse is subsequently reanimated by the Black Lantern Corps during the event known as the Blackest Night.

In the post-FLASHPOINT timeline, Arthur Light is a scientist working with the government organization called A.R.G.U.S., as well as their own Justice League of America. While he is examining a communicator used by the Secret Society of Super Villains, he is engulfed in a huge explosion of light, which leaves his body transformed and crackling with light based energy. He becomes an unwilling member of the government sponsored JLA, but is killed in action on one of his first missions. He later returns, claiming that while his body is indeed dead, he now exists as a construct of living light energy. This version of Doctor Light was actually a family man, and had a wife and two daughters. 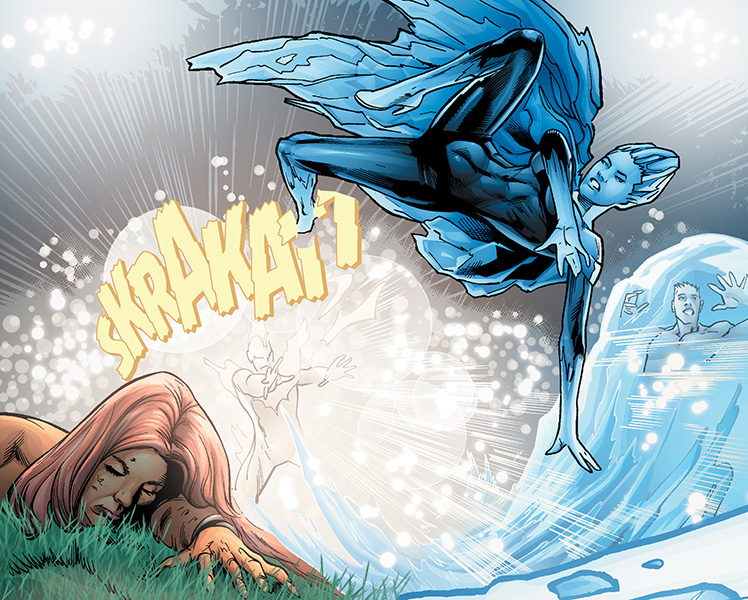 Doctor Light has the power to harness and control all forms of light, including the ability to bend the light around him rendering him invisible, the power to generate light blasts of powerful energy, force field creation, and even flight. He can drain light around him, including from other light-powered individuals, and render and area totally dark in doing so. He's also been known to use light to create holographic images. Although his powers originally came from the technology embedded in his suit, he has since internalized this ability, and can use the powers without the costume.

Originally, Arthur Light had a genius-level intellect, which allowed him to participate in the creation of his suit. But after his mind was altered by the members of the Justice League, that changed. He was now slower and far more bumbling, allowing him to be defeated in battle by just about anyone he fought against. When he got his memories and personality back however, he became a lot more adept at using his light-based abilities, and a lot deadlier as a result. 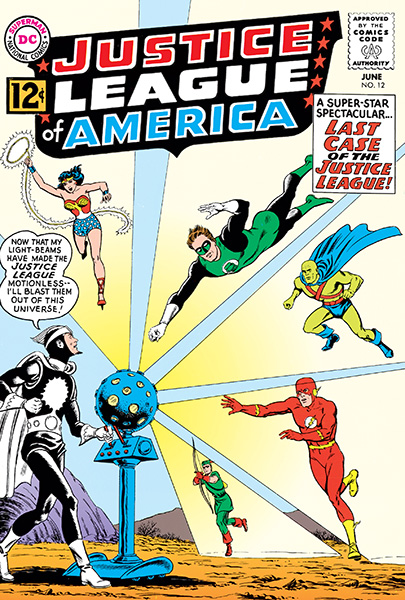 In his first-ever appearance, Doctor Light appears without any backstory, using his light-based powers to materialize in the JLA's secret sanctuary base. He uses his powers to send each of the members to a distant world, but they each find a way back and Light is humiliated. This event occurs on April Fools' Day, a fitting date since Light was later often seen as a clown. 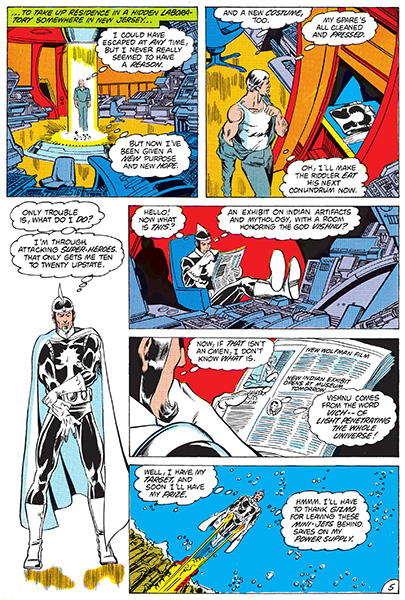 After several years of being humiliated by the Justice League of America, Doctor Light thinks he has a better shot at defeating the Teen Titans. After failing to bring them down with the Fearsome Five, he attempts to stop them solo after he attempts robbing a museum, but is thwarted by the Titans and Hawkman, who promptly send him back to prison.

After the brutal murder of Sue Dibny, the Justice League assumed that Doctor Light was behind it. We find out that years before, Light had raped Sue Dibny, and threatened the other family members of the JLA with harm, so they used Zatanna's magic to alter Light's mind to make him more docile, and less dangerous. But when the League comes after him, Light's memories and old personality begin to resurface, making him a danger once more. 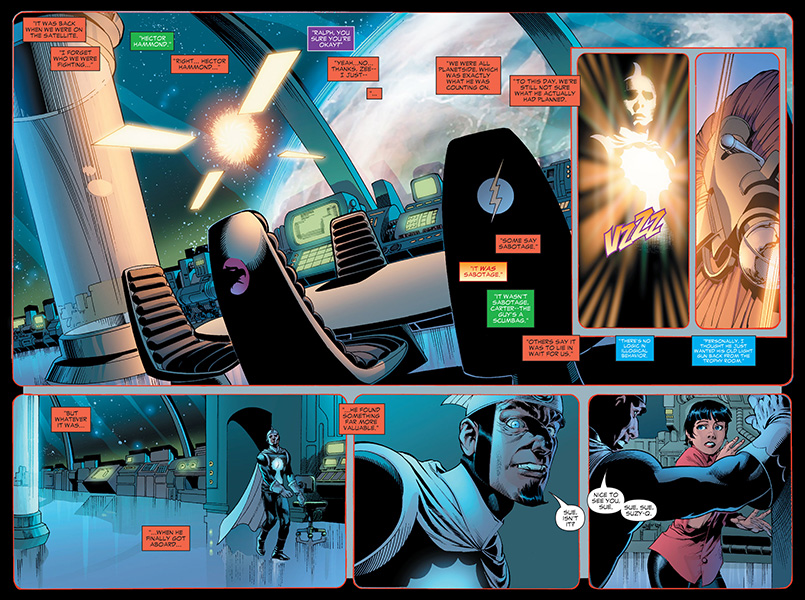 Light joins many different teams of Super-Villains after the events of Identity Crisis, including a new Secret Society of Super-Villains, with whom Light later participated in the murder of the Martian Manhunter. For this crime, among many others, The Spectre judges Doctor Light, and burns him to death by turning him into a candle and using his head for the wick.

Although now dead, this would not be the last time Arthur Light was a thorn in the side of the Justice League of America. His corpse was reanimated during the Blackest Night event, and it became a member of the Black Lantern Corps. He fought against Kimiyo Hoshi, the second Doctor Light, who brought an end to him by creating enough powerful light to incinerate to incinerate his body and his Black Lantern power ring. 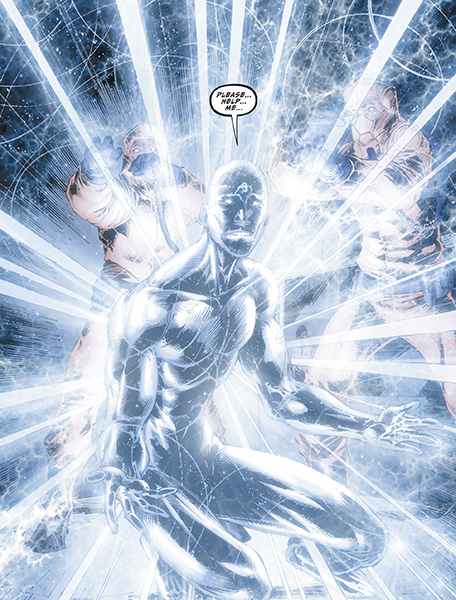 Following the events of 2011's FLASHPOINT, much of DC history was reimagined. In this "New 52" universe, Arthur Light was a married scientist with several children. He gained energy-draining powers when he was exposed to strange energies during an experiment he was conducting for the government organization A.R.G.U.S. Recruited by Amanda Waller into working for her version of the Justice League, his physical form was soon destroyed. But he continued on a being of pure light.