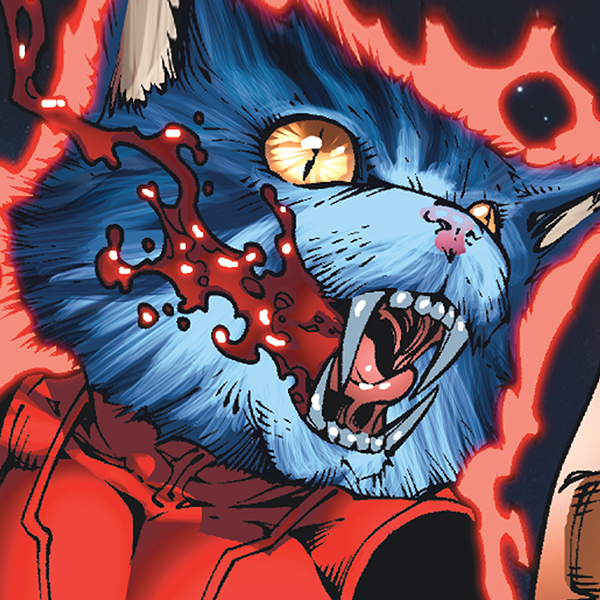 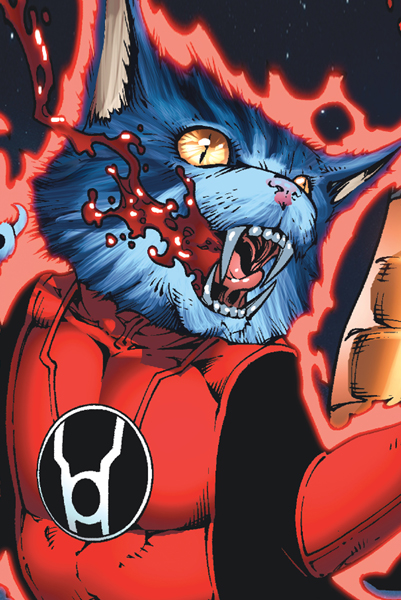 Surprising zero cat owners, Earth’s avatar of rage itself in the intergalactic Red Lantern Corps is a common housecat.

Surprising zero cat owners, Earth’s avatar of rage itself in the intergalactic Red Lantern Corps is a common housecat.

To fight his war against the Guardians of the Universe, the vengeful Atrocitus gathered an intergalactic army. A corpsman was selected from every sector of the universe, each of whom could match a Green Lantern’s force of will with the power of their rage. The most hateful beings across the stars were gathered to fill the ranks of the Red Lantern Corps. When the time came to select a champion from Sector 2814, home of the hero-filled planet called Earth, a recruit was found in Brooklyn, New York.

Dexter, a blue-furred housecat, was a very good kitty. He loved his cat food, he loved his spools of yarn, and he loved his human. Until one day, a stranger broke into Dexter’s home and, despite Dexter’s best efforts to defend her, brutally killed his master (GREEN LANTERN #55, 2010). Tossed out of his apartment by policemen investigating his master’s death, Dexter was trapped in a sack by some terrible humans and dropped off the edge of the Brooklyn Bridge, just to fill the time in a boring afternoon. It was then that a powerful rage filled Dexter’s heart. Rage against the cruelty of man, and against the cruelty of life itself. Before Dexter could hit the water, the Red Lantern ring of Sector 2814 had found its master. Dexter was now Dex-Starr, a representative of all the fury and hatred which the planet Earth has to offer.

In Atrocitus, Dex-Starr had found a new master: one with whom he could commiserate in their shared hatred of everything around them. It was rare that Dex-Starr would leave the Red Lantern Corps leader’s side, and soon became one of the Corps’ most vital, trusted members, respected by all for his ire and cunning.

When the Source Wall fell after DARK NIGHTS: METAL, Dex-Starr was sent on a special mission: to infiltrate the mysterious Ghost Sector, where a fallen Darkseid was hatching a new plot to reconsolidate his power. Upon his entry, Dex-Starr was trapped in the Ghost Sector where Darkseid was building his own power, a new army, and formidable allies. Without the support of his Corps, Dex-Starr formed an unlikely alliance with whatever resistance he could find: Orion, New God and son of Darkseid; Hax, a Zamaron scientist; the Tamaranean queen Blackfire; and their de facto leader, the Green Lantern Jessica Cruz. Alongside these heroes and misfits, this housecat from Brooklyn may be the only being capable of stopping the rise of Darkseid.