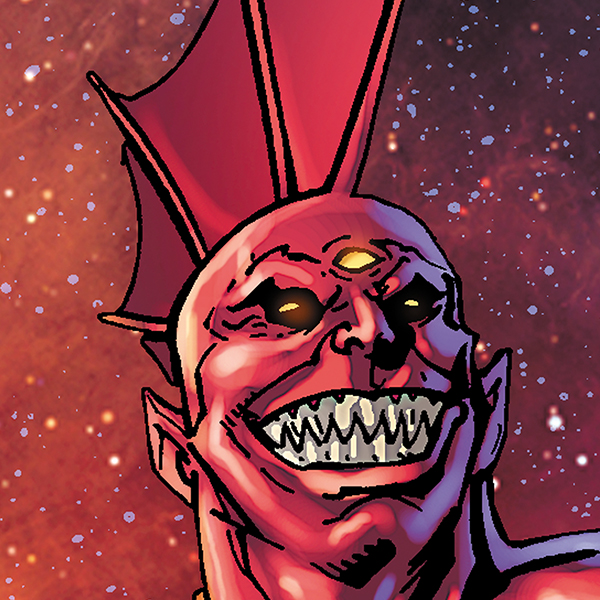 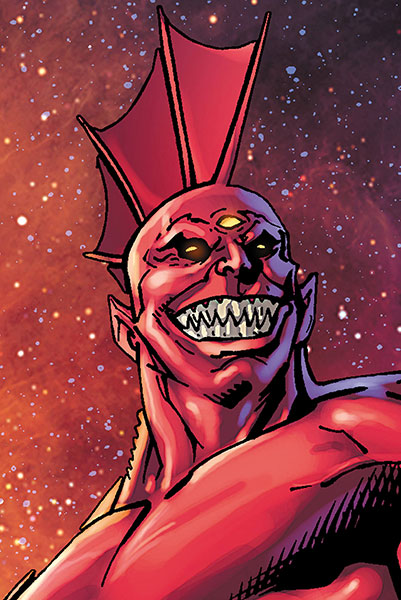 Channeling awesome psychic power through his third eye, the alien conqueror Despero is one of the Justice League's deadliest enemies.

Channeling awesome psychic power through his third eye, the alien conqueror Despero is one of the Justice League's deadliest enemies.

Team Affiliations: The Secret Society of Super-Villains, The Injustice League, The Time Stealers

The alien tyrant known as Despero was one of the first DC Super-Villains encountered by the Justice League of America, and has remained a thorn in the team’s side ever since. Possessing a third eye on his forehead which gave him telekinesis and telepathy, as well as the power to control minds and cast illusions, Despero used his abilities to conquer his home planet of Kalanor. When rebels from his home world enlisted the JLA for help, the team was able to thwart Despero and imprison him. He escaped several times over the years, but was continually defeated by the League. Humiliated, Despero returned to Kalanor, where he communed with his world's sacred Flame of Py'tar, a mystical source of power that augmented his gifts and allowed him to alter his physical form. Transformed into a hulking behemoth, Despero returned to Earth on a mission of vengeance against the League. It took a psychic vision implanted in his head by the Martian Manhunter to defeat him.

For a time, the mind of the heroic android known as L-Ron lived inside Despero’s body, and Despero, under L-Ron’s control, became a Leaguer himself. But Despero’s mind broke free of L-Ron’s influence and became a free-floating evil essence who was able to possess others. In the post-Flashpoint timeline of the New 52, Despero joined the Secret Society of Super-Villains.