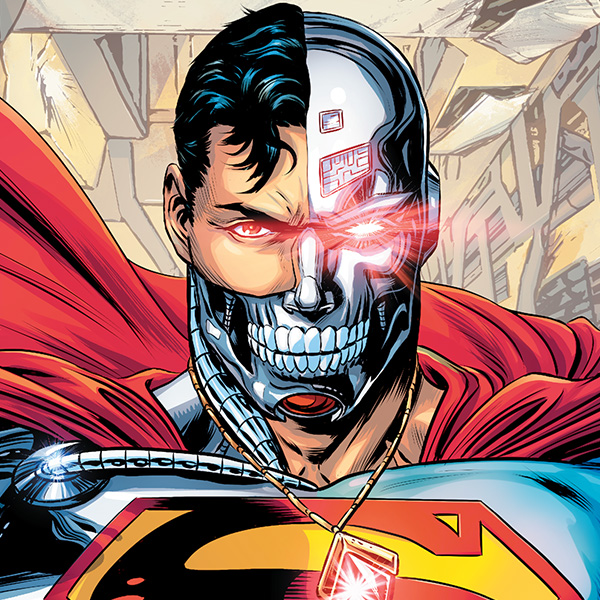 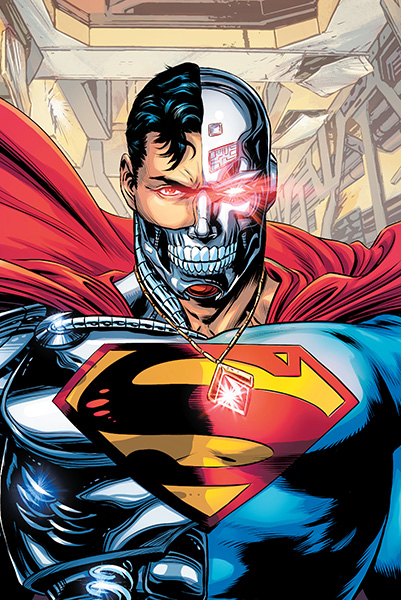 Introduced as a possible replacement for Superman, the Cyborg Superman has emerged as one of the Man of Steel's deadliest foes.

Introduced as a possible replacement for Superman, the Cyborg Superman has emerged as one of the Man of Steel's deadliest foes.

Some villains want global domination. Meanwhile, others just want to rob a bank and retire to a tropical island. But all Hank Henshaw wants is to be allowed to die. And if he can’t die, then he’s going to make sure that a lot of innocent people do in his place.

Once just an ordinary man, Hank Henshaw suffered tragedy and transformation, both of which made him into a monster. An accident in outer space should have left him dead, but a twist of fate made it so Henshaw was virtually immortal, with his consciousness now part of the machine. But when he bonded with the computer, he lost almost all of his humanity, except his desire for revenge. And the target of this revenge is almost always Superman.

Forced to come back to life again and again after each defeat, and living with memories he doesn’t want, all the Cyborg Superman known as Hank Henshaw wants is to die in peace. But if he can’t find that peace, he’ll make sure that Superman, the man he blames for his hellish eternal existence, never has a moment of it. 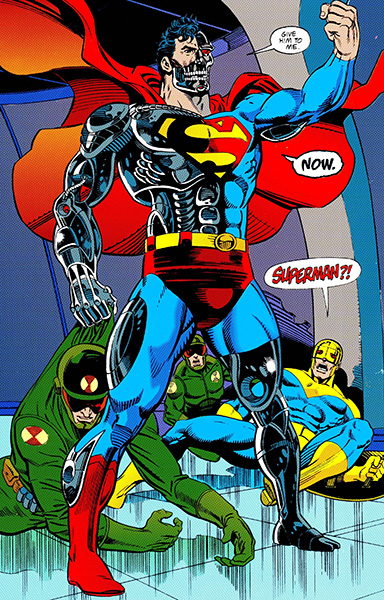 Hank Henshaw, a renowned astronaut, along with three other space travelers, including his wife Teri, embarked on a mission on the Lexcorp space shuttle Excalibur. Unfortunately, this voyage was doomed, as a solar flare damaged the shuttle, exposing the crew to cosmic radiation. The ship crashed back to Earth, and two of Henshaw’s crewmates mutated into fantastic beings. It seemed at first that Henshaw and his wife were immune to any mutations. But this was not to be the case.

Henshaw hoped to cure his friends by using Lexcorp technology, but both of his friends perished. At this point, Henshaw, who so far only had his hair turn white as a result of the accident, began to deteriorate rapidly. His wife Teri began to fade out of existence, into an alternate dimension. With the help of Superman, Henshaw was able to use Lexcorp tech to save his wife Teri, but for him, it was too late. Henshaw died moments afterwards…or so it seemed at the time.

While Superman had nothing to do with the Excalibur crew’s tragedy, Henshaw blamed him still. Hank Henshaw’s body may have died, but his consciousness lived on, and bonded with the Lexcorp computer mainframe. At this point, he was able to download his consciousness into Superman’s birthing matrix, which was contained within the ship that brought him to Earth. Using the Kryptonian tech, he made himself a replica ship, with which he departed the Earth for parts unknown.

When Superman died battling Doomsday, Henshaw could not enact the revenge he so desperately wanted. So if he couldn’t kill Superman himself, he would tarnish his memory forever. Using bits of memory he downloaded from Superman’s birthing matrix, along with his DNA, Henshaw was able to build himself a replica body of Kal-El’s, one with visible cyborg parts. Now a “Cyborg Superman,” Henshaw was able to convince the world, even Lois Lane, that he was the real deal come back to life. To ensure the populace believed he was the real Superman, he committed several heroic acts.

Not long after, Warworld arrived in Earth’s orbit, and under Henshaw’s orders, Mongul used its destructive capabilities to destroy the town of Coast City, killing millions. At this time, the real Superman returned from the dead, and with the help of his allies, managed to destroy the Cyborg imitator, by vibrating his body to thousands of tiny pieces.

But Henshaw’s consciousness survived, and continued to come into conflict not only with Superman, but also the Green Lantern Corps. After a brief time with the android Manhunters, Cyborg Superman found that he only wanted the freedom that death would bring. But all attempts at destroying him ultimately failed, as his consciousness always survived. As long as he’s denied a true, final death, he will continue to plague the Superman and be one of his ultimate enemies. 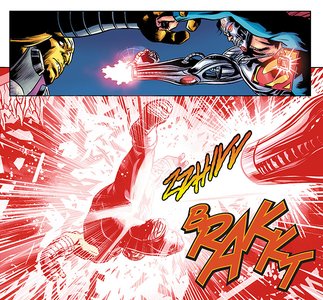 Thanks to his rebirth using Superman’s birthing matrix, Henshaw has an exact replica of all of his powers, thanks to the use of his DNA. Having all of Superman’s classic powers makes him a threat on a level most Super-Villains can’t come close to. 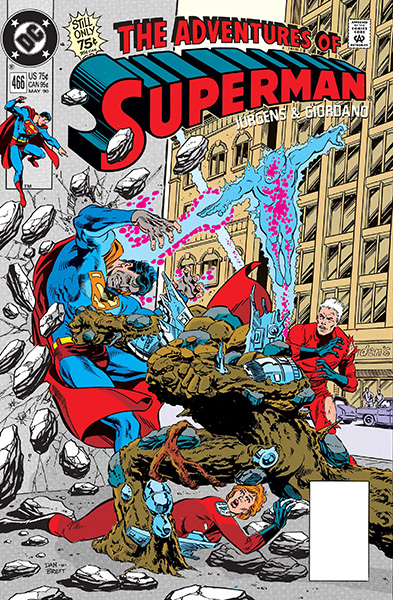 In Henshaw’s first appearance, he was not much more than a doomed scientist, who did his best to save his wife from a tragic outer space mission gone horribly wrong. At the very end of this story, Henshaw and his friends seemingly die, a short tragic story that was quickly all but forgotten. 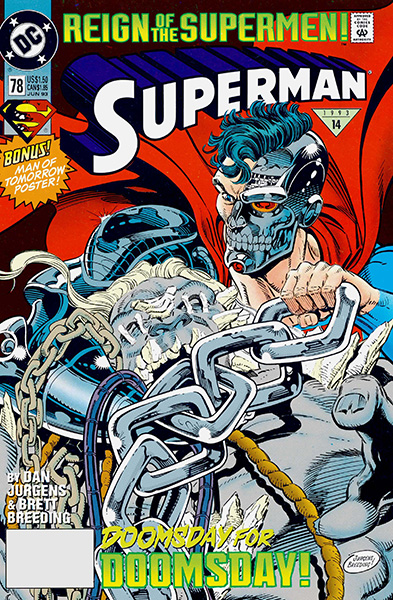 Henshaw reemerged years later, after the death of Superman at the hands of Doomsday. He passed himself off as the resurrected Man of Tomorrow, even convincing Superman’s fiancé Lois Lane of his authenticity. Now known as the Cyborg Superman, he eventually showed his true colors and helped destroy the American town of Coast City. Superman and his allies were able to finally defeat Henshaw, but not long after, his consciousness was able to escape off planet. 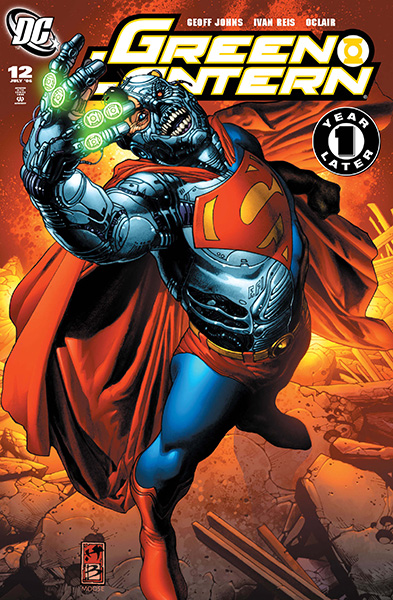 After several more altercations with Superman over the years, Henshaw found himself on the world of Biot, where the exiled android Manhunters now resided. The original intergalactic police force, the Manhunters were replaced by the Green Lantern Corps eons before. Using Kryptonian technology, the Cyborg Superman upgrades the Manhunters, and they made him their new Grandmaster in return. Ultimately, Henshaw was defeated by the Green Lantern Corps, and he was imprisoned on the Corps homeworld of Oa.

Eventually, the Sinestro Corps broke Henshaw out of the Green Lantern’s science cells, and brought him to the Anti-Matter Universe of Qward. Here, he was brought before the Anti-Monitor, who now led the Sinestro Corps in a war against the Green Lanterns. He wanted the Manhunters on their side, and Henshaw still held sway over the android armies. He agreed to help them, on the condition that the Anti-Monitor grant him the only thing he truly wanted – a way to die once and for all. Although Henshaw did manage to die in this war, his Manhunter army resurrected him, leaving him in despair once again.

In the wake of 2011's FLASHPOINT event, the DC universe’s timeline was reimagined. A Hank Henshaw did exist in this timeline however, but he was still a human astronaut. The pre-FLASHPOINT Superman was living in secret on this Earth, having arrived after the events of the so-called CONVERGENCE. He was monitoring people who became Super-Villains in his own world, in the hopes of preventing the same thing from happening to them here.

When he saw that Henshaw was returning to Earth on a similar spacecraft as the Excalibur, Superman secretly rescued Henshaw from the ship, in an effort to make sure history did not repeat itself. He was shocked to find that Henshaw had a powerful object acquired on Jupiter called the Oblivion Stone, but determined that in this timeline, Hank Henshaw was not a threat. At least not yet. 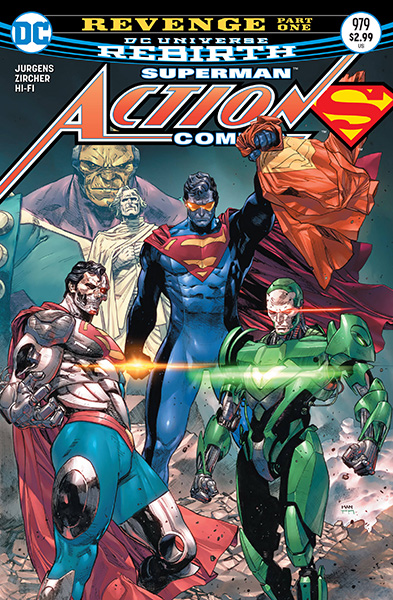 Following the events of 2016's DC UNIVERSE REBIRTH #1, Superman’s fifth dimensional nemesis Mr. Mxyzptlk, Henshaw remembered his entire life before FLASHPOINT, and used the power of the Oblivion Stone to make himself the Cyborg Superman once again. Now with Superman dead in his sights again, Henshaw gathered many of the Man of Steel’s most notable foes into an all-new Superman Revenge Squad. Forever denied the eternal peace he craves, the Cyborg Superman will never rest until the Man of Steel is dead.