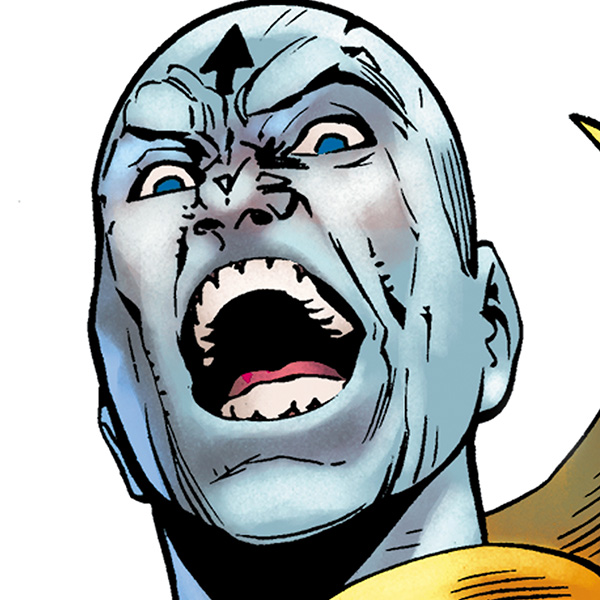 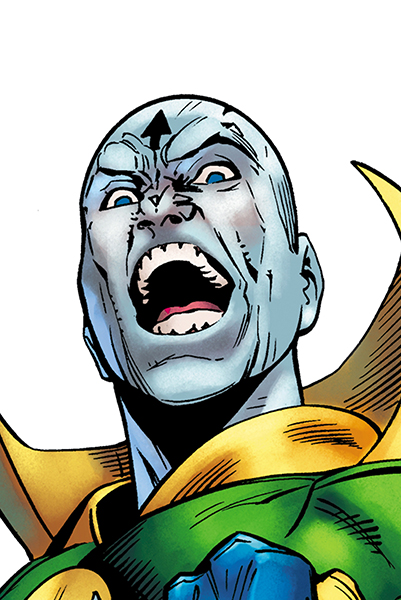 David Clinton's life of petty crime lead to more than just prison time -- it inspired an all-consuming obsession with time and a new criminal alter-ego: Chronos.

David Clinton's life of petty crime lead to more than just prison time -- it inspired an all-consuming obsession with time and a new criminal alter-ego: Chronos.

There have been two criminals on Earth who have adopted the name of the Greek god Chronos. The first, David Clinton, was a career thief and gifted engineer who developed weapons and methods focused on precision timing and devices that tell time. He became a frequent enemy of superheroes such as the Atom and the Green Lantern named Hal Jordan. With each crime, Clinton as Chronos developed more advanced weaponry and eventually used an actual time machine. Over the years, he associated with a variety of super-villain teams, but met with defeat more often than not.

Eventually, Clinton (or a version of his future self) traded his soul to the demon Neron for time-travel powers, only to rapidly age and then die. Thanks to time-travel, he still appears occasionally, now more manipulative and somber, sometimes working with a woman called Lady Chronos.

At one point, thief Walker Gabriel came into possession of Clinton’s equipment. As the new Chronos, he enjoyed a life of adventure across time and discovered Chronopolis, a city created by Clinton and his own father. Gabriel has not been seen for some time, but he may still be out there, waiting for his moment.