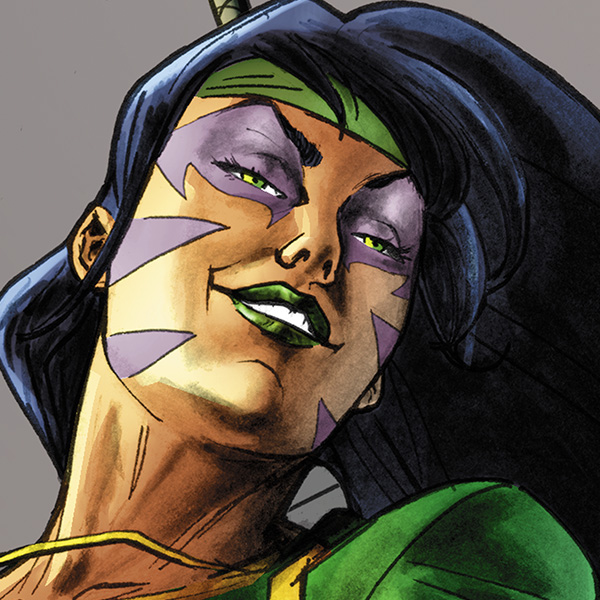 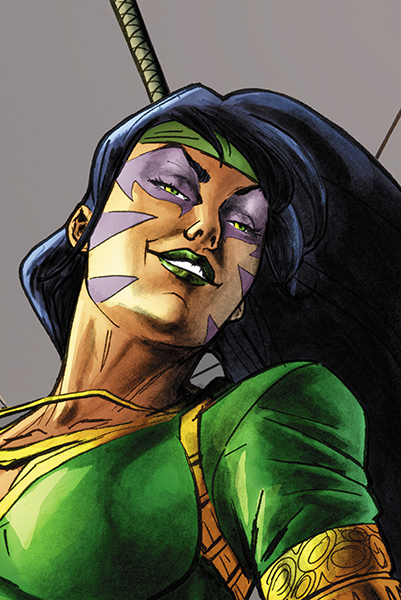 Jade Nguyen's lethal martial arts skills and affinity for poisons have made her a dangerous and alluring enemy and ally to numerous heroes and villains.

Jade Nguyen's lethal martial arts skills and affinity for poisons have made her a dangerous and alluring enemy and ally to numerous heroes and villains.

Bold, brave and decidedly deadly, Jade Nguyen was born to a Vietnamese woman raped by U.S. Senator Robert Pullman. Sold into slavery as a child, she killed her master, then learned further killing methods from many people throughout her teenage years. Two of her teachers included the revolutionary Weng Chan and the assassin Kruen Musenda, a.k.a. Spitting Cobra, to whom Jade was married for two years until his death.

By her late teens, Jade had become known as Cheshire, a famed martial artist and assassin (with poisons her specialty). Over the years, Cheshire has accepted contracts from a variety of organizations, including the League of Assassins and the Secret Society of Super-Villains. She’s frequently fought against Earth’s heroes.

Prior to the events of 2011’s FLASHPOINT, Cheshire fell in love with the former Teen Titan named Roy Harper (better known as Speedy/Arsenal) when he was working undercover. Their relationship produced a child, Lian. Sadly, Lian was killed during an attack on Roy’s hometown of Star City. Post-FLASHPOINT, however, Lian’s history appears to have been changed, with her birth and death no longer a part of DC’s current continuity.