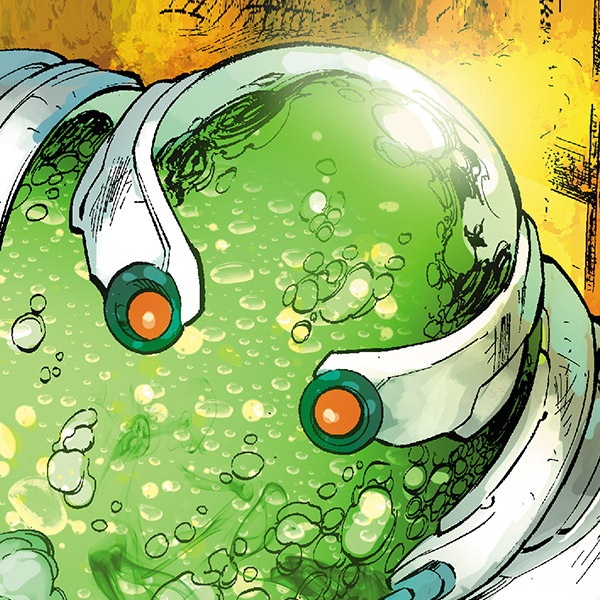 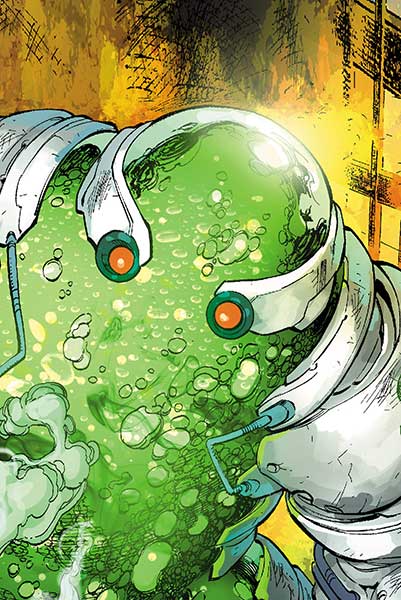 A sentient giant composed of toxic waste, the creature known as Chemo has battled the Metal Men and the Justice League.

A sentient giant composed of toxic waste, the creature known as Chemo has battled the Metal Men and the Justice League.

A giant composed of various strains of toxic waste, the creature called Chemo is the living embodiment of environmental destruction. Chemo began as a huge plastic containment unit created by scientist Ramsey Norton, into which he dumped the toxic chemical byproducts of his failed experiments. When Norton placed a chemical meant to stimulate plant growth inside the container, it caused the chemical mixture to come to life. The 25-foot-tall “Chemo” went on a rampage, spewing toxic waste in all directions, until it was defeated by the heroic team of robots known as the Metal Men.

Since Chemo wasn't alive in the traditional sense, it could not be killed, and would continually reconstitute itself. It fought many heroes over the years, including Superman. One of its most heinous acts was when the Secret Society of Super-Villains dropped him like a bomb on the city of Blüdhaven, where Chemo killed millions of innocent people. Following the events of 2011’s FLASHPOINT, Chemo was reborn; when an unknown thief stole a responsometer from Dr. Will Magnus—who’d used it to bring the Metal Men to life—and dropped it into a vat of hazardous waste. Unlike the Metal Men, Chemo exhibits little intelligence, and seeks only destruction.