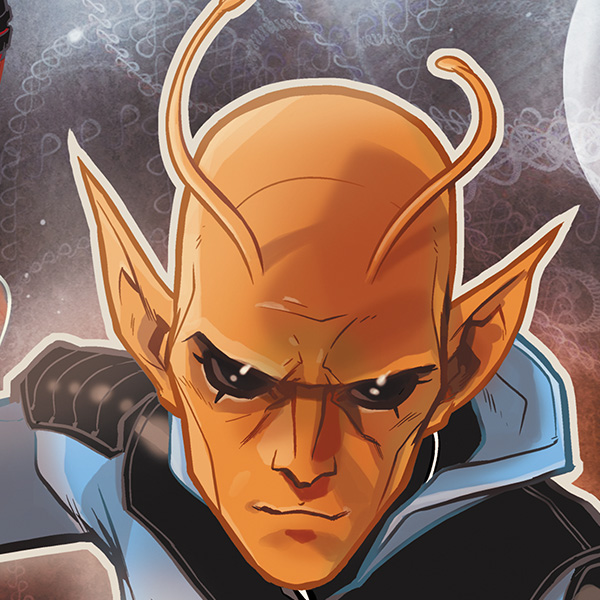 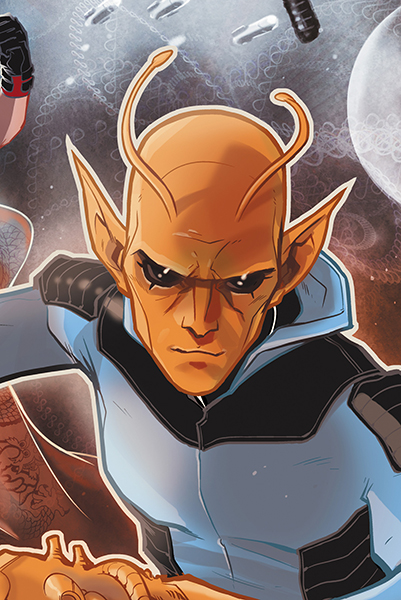 Like his name implies, Reep Daggle a.k.a. Chameleon Boy, is the Legion of Super-Heroes' shape-shifting jack-of-all trades and head of the Espionage Squad.

Like his name implies, Reep Daggle a.k.a. Chameleon Boy, is the Legion of Super-Heroes' shape-shifting jack-of-all trades and head of the Espionage Squad.

In the 31st century the shape-shifting alien race called the Durlans were feared and mistrusted by most of the galaxy, due to their reclusive ways. The great exception to that rule was Reep Daggle, the young Durlan hero known as Chameleon Boy. One of the earliest recruits into the Legion of Super-Heroes, the teenage Reep was sworn in as a Legionnaire alongside Colossal Boy, who gave him his code name. Like all members of his race, Reep can, within seconds, morph into any object or organism he can scan with his antennae. Because of his proficiency at shape-shifting, “Cham,” as he was nicknamed by his fellow Legionnaires, became the head of the Legion Espionage Squad.

Chameleon Boy has a special connection to the Legion: the team’s founder, the wealthy entrepreneur R.J. Brande, is his father. Brande is a Durlan who became trapped in human form when he came down with a disease. Because of this, he kept the secret of his parentage from Reep for years. On another Earth in the Multiverse, Chameleon Boy is the son of one of the Durlan rulers instead. And on yet another, he is not a “he” at all, but an androgynous being who was simply known as Chameleon. Yet on all these Earths, the jovial Reep Daggle has chosen to serve the greater good as a Legionnaire.