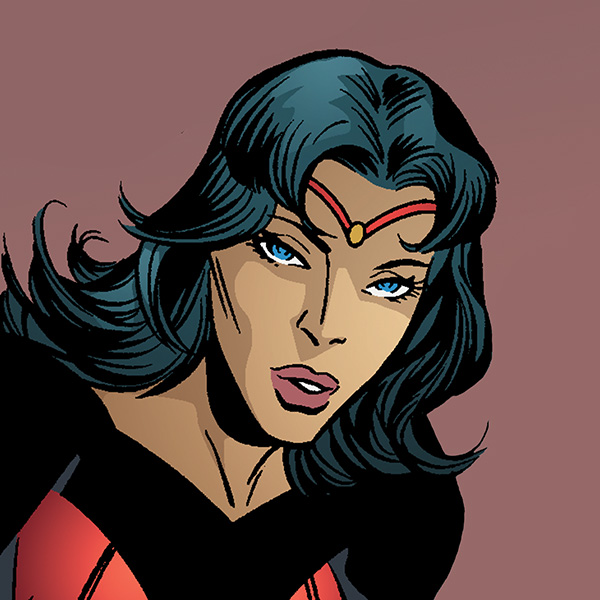 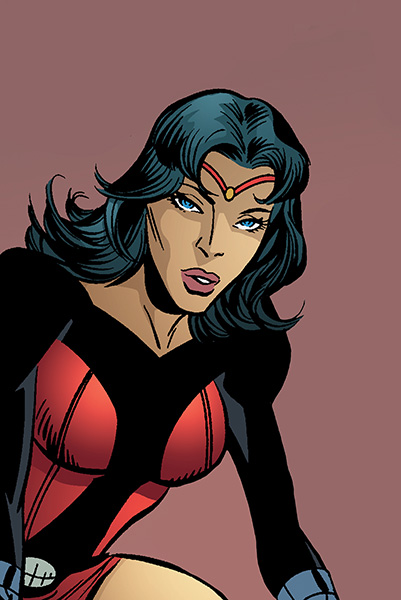 Celsius is able to control and project intense heat and cold but her most notable ability might be her marriage to the Doom Patrol's Chief, Niles Caulder.

Celsius is able to control and project intense heat and cold but her most notable ability might be her marriage to the Doom Patrol's Chief, Niles Caulder.

Leader of the second incarnation of the Doom Patrol, Celsius was born Arani Desai in India to a prominent family, the daughter of Ashok Desai, also known as the terrorist Kalki. Due to her mother dying during childbirth, Arani's father rejected Arani, which caused her to run away from home. As a young woman living on the streets of Calcutta, she became gravely ill, until she was rescued by an American scientist named Dr. Niles Caulder. On their wedding day, he gave her the gift of immortality, and left her in the Himalayas, hoping she would be safe from his nemesis, General Immortus. For years, Arani waited for her husband to return. During this time, she realized the serum Caulder had administered to her gave her metahuman abilities, and she could now control her core body temperature and emit blasts of great heat and cold.

When the original Doom Patrol, which Niles led, appeared to die in the line of duty, Arani refused to believe her husband died with them. She took on the codename Celsius, and formed a second Doom Patrol; mainly in an effort to find her husband. Eventually, Niles Caulder came out of hiding, but told everyone he was never married to Arani, which would later be disproven. Celsius helped Earth's heroic community fend off a massive alien invasion, and died heroically. Years later, her corpse was resurrected by the Black Lanterns in the BLACKEST NIGHT event, in order to torment her Doom Patrol teammates. In the post-FLASHPOINT reality, Celsius remains alive and active.