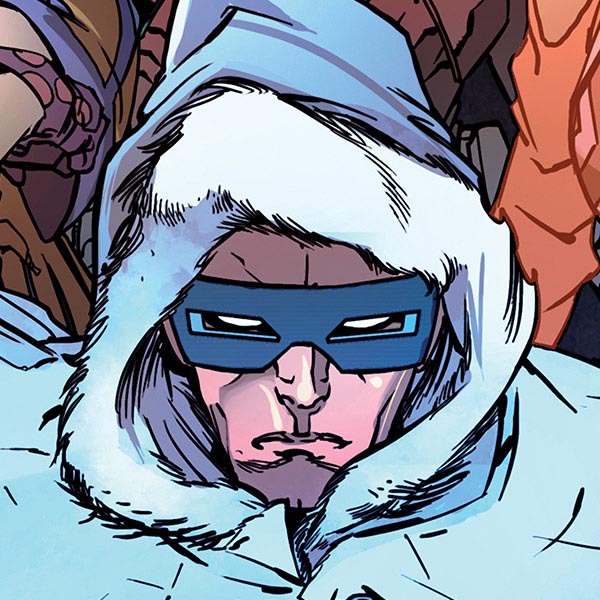 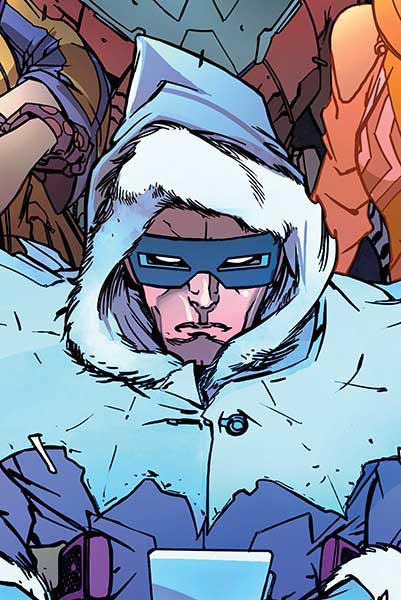 Leader of The Rogues and one of The Flash's oldest enemies, Leonard Snart may be a criminal, but he's not without honor.

Leader of The Rogues and one of The Flash's oldest enemies, Leonard Snart may be a criminal, but he's not without honor.

In the annals of villainy, there are few bad guys as likable as Captain Cold. Seeing himself as a blue-collar, working man’s Super-Villain, Cold has a code of honor, one that prevents him from killing innocent people. Though he’s more than happy to rob them blind.

Armed with a sophisticated cold gun, Leonard Snart has been tangling with the Flash since his earliest days. The self-appointed leader of the Rogues, a loose band of criminals united in their hatred of the Scarlet Speedster, Captain Cold has consistently pitted his “absolute zero” against the Flash’s super-speed.

Although a largely unrepentant criminal who loves nothing more than a successful heist, Cold’s noble side can be appealed to, and he’s helped the good guys on more than one occasion. But whatever you do, don’t confuse him with Batman baddie Mr. Freeze. He really hates that.

Leonard Snart and his sister Lisa were raised by an abusive father, who made the lives of both children a living hell. Young Len Snart took comfort in spending time with his grandfather, who owned an ice cream truck, an early association Snart formed with “cold” equaling “good.” When his grandfather died, Snart decided he’d had enough of his abusive dad and embarked on a life of crime.

Unfortunately, being a bank robber in Central City became difficult with the arrival of the Flash. Snart realized he’d need something special to take down the city’s newest crime-fighter. After reading an article about how the energy emissions from a cyclotron could interfere with the Flash’s super-speed, Snart broke into a cyclotron lab and used the device to charge an experimental gun—one that could chill the surrounding moisture in the air to absolute zero. Creating a costume out of a parka and visor, Snart embarked on a criminal career as Captain Cold.

Cold spent years fighting with the Flash, sometimes alone and sometimes with a group of other Flash adversaries nicknamed “the Rogues.” Eventually, Cold’s younger sister joined the family business and became the Rogue known as Golden Glider. Unlike most other DC Super-Villain groups, the Flash’s adversaries were bound by a pact not to kill innocents, which earned them a certain amount of respect from the Scarlet Speedster. Of his fellow Rogues, Cold was closest with Heat Wave, proving that opposites do attract. When Barry Allen died saving the universe in the Crisis on Infinite Earths, Cold and his sister quit being criminals and became bounty hunters.

Lisa Snart returned to a life of crime and began dating a series of lowlife men whom she armed with a cold gun, giving them the code name “Chillblaine.” The last of these Chillblaines murdered Lisa, sending Len down a darker path. He killed Chillblaine in revenge, and was never quite the same after Lisa’s death.

When Barry Allen returned from the dead, Captain Cold realized he could never retire as long as his original nemesis was around.

Leonard Snart’s origins did not change much when the FLASHPOINT event altered the timeline of the DC Universe. In the resulting New 52 timeline, however, he was now a much younger man, and certain aspects of his life played out differently. His sister Lisa was never murdered in the altered timeline. In this new reality, Snart got fed up with his cold gun not being enough to stop the Flash and volunteered to receive actual cold powers from Dr. Darwin Elias, who fused the cold gun’s technology with Snart’s own DNA, making Captain Cold a living weapon. 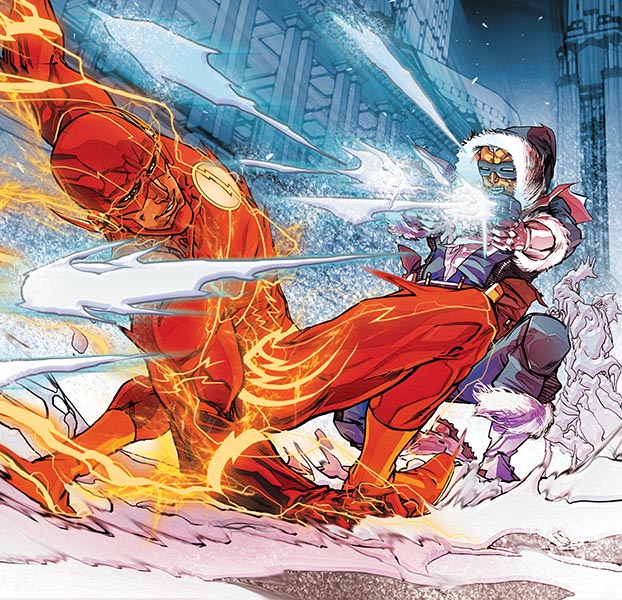 For most of his career, Captain Cold has had no metahuman powers, and instead has relied on his cold gun. His cold gun can instantly freeze anything it hits, and can also create a cold field capable of slowing down and freezing a limited area and the people within it. He can control his freeze ray to the point that it can slowly freeze the skin of his enemies without instantly killing them. He can make stalagmites out of ice, and can form an “ice grenade” that can freeze an entire area in an instant.

Most recently, Snart has been tinkering with his cold gun so that it can tap into anti-Speed Force technology and disrupt a speedster’s connection to the energy that gives them their powers. Captain Cold calls his latest weapon the Black Ice gun. 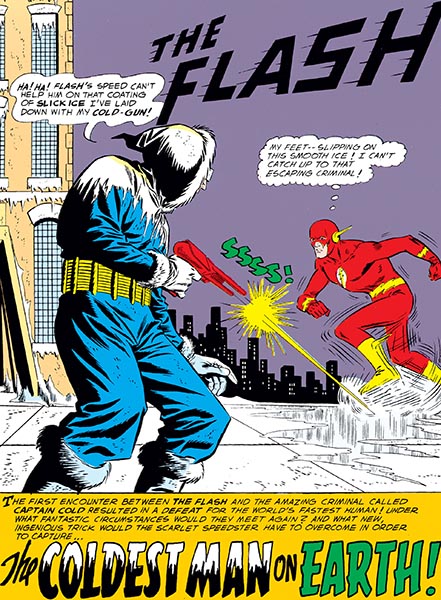 In Captain Cold’s first appearance, readers were introduced to Len Snart as a down-on-his-luck criminal who—after reading a science article in the newspaper—struck upon the idea of using a cyclotron to perfect a weapon he was inventing. Taking the name Captain Cold and using his newly minted cold gun to create mirages, he managed to confuse the Flash, but not enough to defeat him. This original interpretation of Captain Cold, as a bank robber with a cool gimmick, was how the character was portrayed throughout most of the Silver and Bronze Ages of Comics.

After the death of the Barry Allen Flash during the Crisis on Infinite Earths, Captain Cold and his sister Lisa Snart decided to give up crime and start the bounty-hunting company Golden Snowball Recovery. They did, however, attend a “Rogues Reunion” party, which the newly minted Wally West version of the Flash found himself attending. Despite these criminals being his uncle and mentor’s mortal enemies, Wally found himself more or less getting along with them, especially Captain Cold and Golden Glider.

While Wally would never completely bury the hatchet with the Rogues, he did enjoy a “frenemy” relationship with them that his uncle Barry never had. The Wally West era of the Flash was the beginning of the more sympathetic portrayals of Captain Cold that we continue to see today. 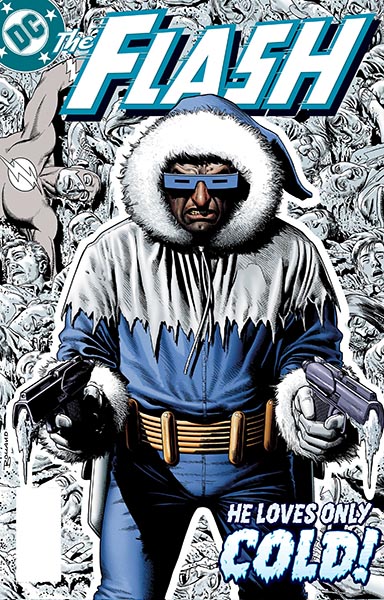 Despite the fact that he was a high-profile Super-Villain for over 40 years, Captain Cold had never been given a proper backstory—until THE FLASH (vol. 2) #182. In this issue, readers learned all about Len Snart’s childhood, his abuse at the hands of his father, his bond with his sister Lisa and the events that drove him to embracing a life of crime in the first place.

After they were tricked into killing the fourth iteration of the Flash, Bart Allen, by the speedster Inertia, Captain Cold and the Rogues were dismayed at having broken their own sacred rule. Cold decided to break up the Rogues for good. But not before doing one last job—taking down Inertia, who was then under the mentorship of the evil speedster Zoom. Although Cold managed to exact his vengeance, his plans to retire were changed when it was revealed that Barry Allen had returned from the dead.

In the New 52 continuity, Snart had undergone enhancements that made him a metahuman, with the ability to generate cold internally, and so no longer needed a gun. But when the Crime Syndicate of Earth-3 invaded the Prime Earth and banished the Justice League, Cold and the other Rogues very quickly learned they disliked living under tyranny, and they rebelled against the invaders. They were instrumental in saving the world, although Snart lost his metahuman abilities in the process. Cold turned over a new leaf and became a member of the Justice League. Alas, the partnership didn’t last very long. 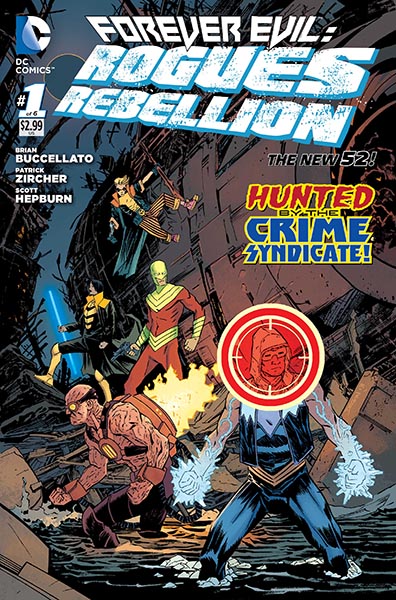 Despite going legit and joining the Justice League, Snart still found a life of crime more appealing. After the changes wrought upon the DC Universe in DC UNIVERSE REBIRTH #1, Captain Cold went back to his criminal ways. From within Iron Heights Penitentiary, Cold began running a criminal empire and set himself up as its kingpin. But one of the other criminals in Iron Heights, Turbine, threatened to expose his new operation, and Cold snapped his neck and killed him. When the murder was exposed, he was transferred to the high-security Belle Reve Penitentiary.