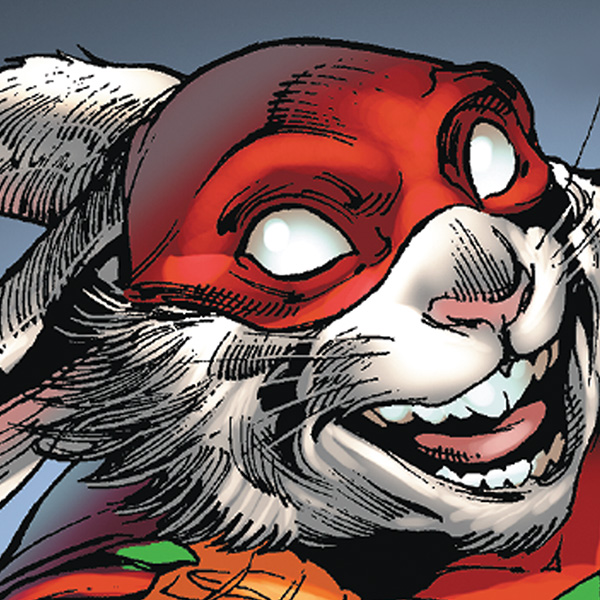 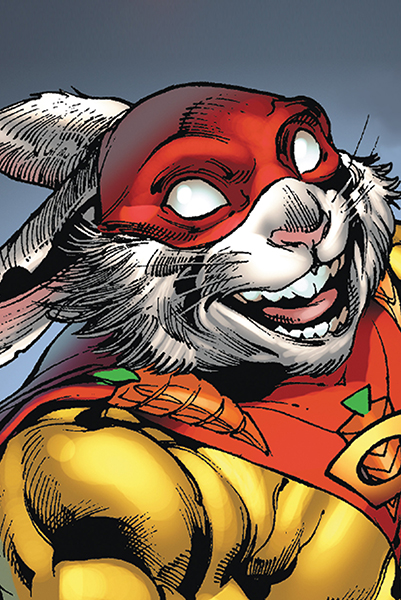 Hailing from Earth-26, an Earth populated by nothing but sentient animals, Rodney Rabbit can transform into the Superman-like Captain Carrot.

Hailing from Earth-26, an Earth populated by nothing but sentient animals, Rodney Rabbit can transform into the Superman-like Captain Carrot.

Given the vast number of weird things that exist across the Multiverse, a super-strong, super-fast, super-heroic rabbit might not be the weirdest, but it’s up there on the list. A resident of the world formerly known as Earth-C—a place populated entirely by sentient animals—Roger “Rodney” Rabbit worked a mundane day job at a comics publisher drawing superhero comics. His biggest title was Just’a Lotta Animals. Little did anyone know, however, that the mild-mannered rabbit hid a massive secret. He was actually the Super Hero Captain Carrot, who worked alongside his brave and trusty Zoo Crew. Upon eating a “cosmic carrot,” Rodney became enhanced with super-endurance, strength, vision, speed and the ability to leap as though he could fly. Unfortunately, the effects of the cosmic carrot only lasted so long. After 24 hours, Rodney reverted back to his powerless state. Which, depending on the Earth he found himself on, could sometimes be that of a totally non-anthropomorphic rabbit!