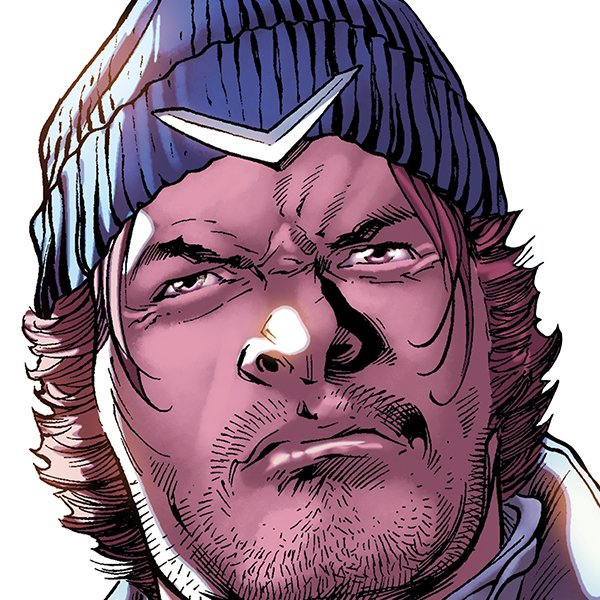 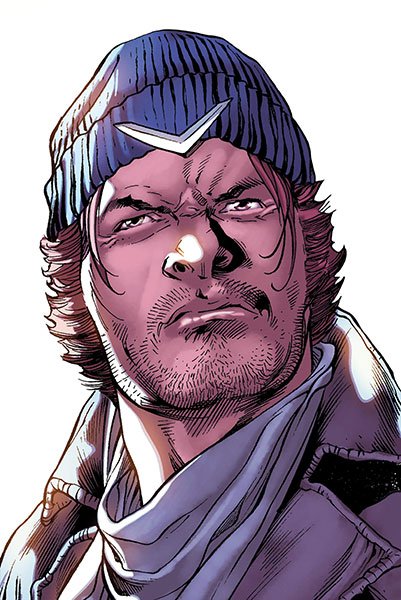 An Aussie marksman with an unmatched talent for his namesake weapon, Captain Boomerang has enjoyed two careers -- as The Flash's enemy and a member of the Suicide Squad.

An Aussie marksman with an unmatched talent for his namesake weapon, Captain Boomerang has enjoyed two careers -- as The Flash's enemy and a member of the Suicide Squad.

It’s not uncommon for Super-Villains to have self-explanatory names, but Captain Boomerang might take the cake. A master of boomerangs and boomerang-based fighting, Digger Harkness began his career promoting toy boomerangs. After he immigrated from Australia to the United States, his life took a sharp left turn into villainy when he decided to use his skills to steal jewels. He developed a line of weaponized boomerangs, terrorizing Central City until he ran afoul of the Flash. Their battles usually ended with Digger in prison. But in lieu of serving out his entire sentence, he was offered a position on the Suicide Squad.

With the Squad, Digger now works alongside some of the most dangerous criminals in the world. But if he sometimes finds his teammates’ metahuman abilities intimidating, he never lets it get the better of him. Digger’s skill with a boomerang is exceeded only by his total self-interest in any given situation.

The son of an American soldier and an Australian native, Digger’s childhood was uneventful yet unique. Growing up poor in a small Australian town meant he had to create his own form of entertainment. He spent untold hours perfecting his skills with the cheapest and most readily available toys around: boomerangs.

Digger’s skills did not go unnoticed. He was recruited by an American toy company as a promoter for their new line of boomerang merchandise. But when Digger set foot onstage to demonstrate the company’s boomerangs, he found himself a laughingstock. Ridiculed and mocked for his gimmick, Digger quit his job as a performer and began modifying his boomerangs to get his revenge.

He honed his boomerang-based skill set with the addition of a technologically advanced arsenal to become a Super-Villain and menace Central City. 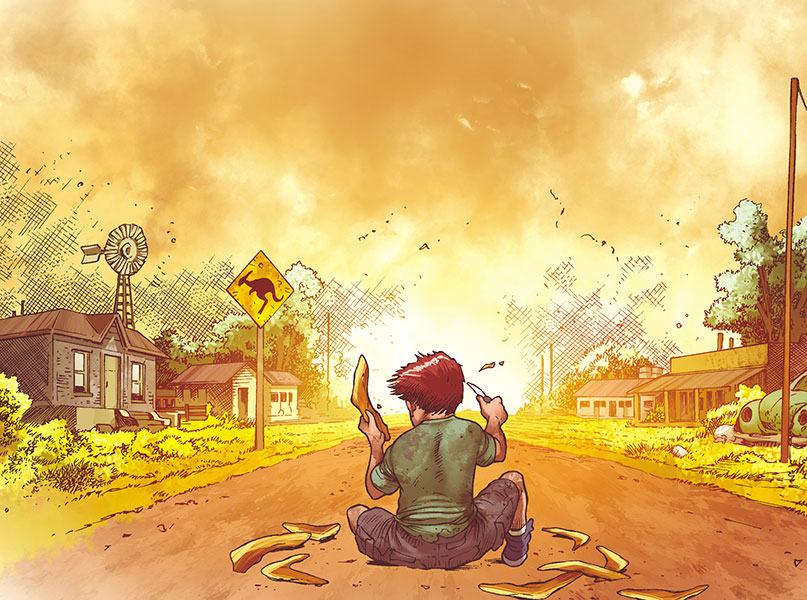 Digger has no metahuman abilities. Instead, he relies on his peak physical condition and uncanny aim. He’s employed a virtually unlimited supply of various types of trick boomerangs.

They may seem like toys, but in Digger’s hands, his boomerangs are deadly weapons. He wields them with the accuracy of an expert marksman and is capable of going up against foes much stronger than himself with only his boomerangs to fight them. 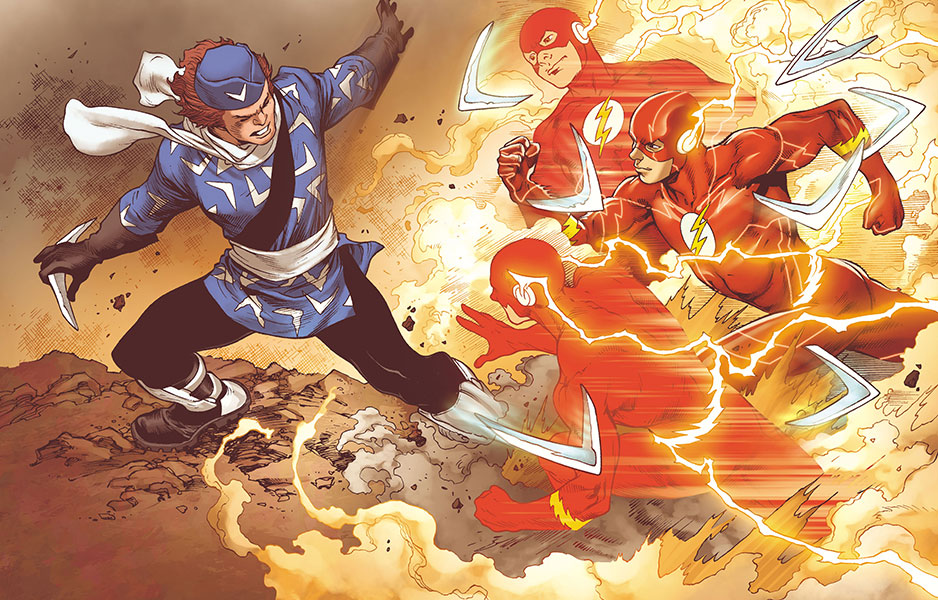 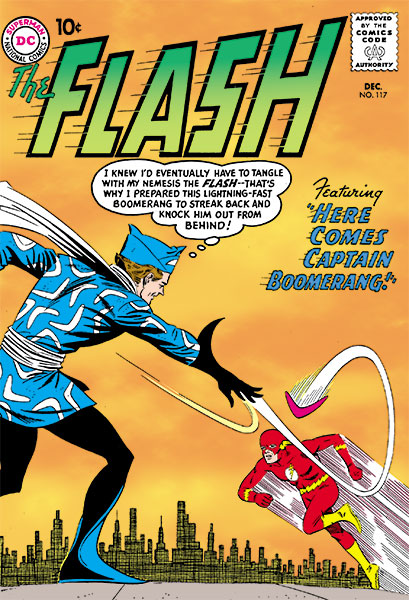 Digger spent his early years as a perpetual thorn in the Flash’s side. In the years leading up to the formation of the Suicide Squad, he was a member of Central City’s Rogues, a collection of Super-Villains who would frequently join forces to execute heists and frustrate the Flash.

Digger was one of the original members of the Suicide Squad as it was formed by Amanda Waller in 1986 (LEGENDS #3), but he was immediately at odds with his teammates. His abrasive personality and self-absorbed nature made him hard to work with and untrustworthy. With Digger in the mix, the Squad was dysfunctional even by the standards of criminals.

Despite these transgressions, Waller kept Digger around through multiple incarnations of the team until it was officially disbanded in 1992 (SUICIDE SQUAD vol. 1 #66, 1992). 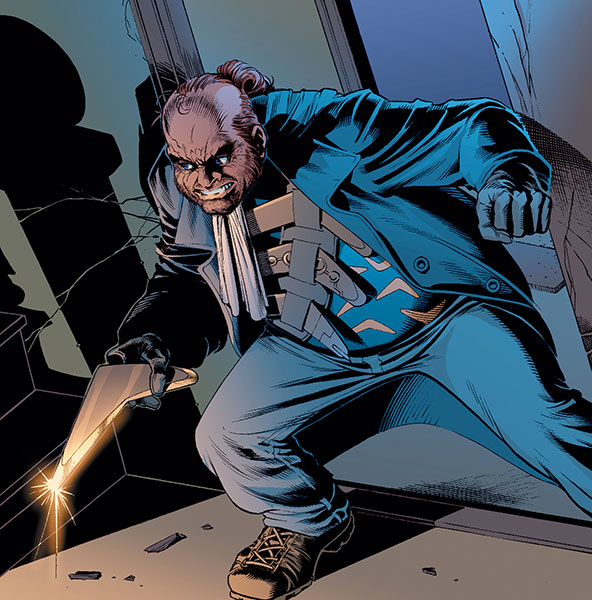 Following the Suicide Squad’s benching, Digger went back to his old ways. He worked as a two-bit criminal and occasional Rogue, hopping all over the map from Central City to Metropolis to Gotham City and back again, stirring up trouble for himself and whoever was unfortunate enough to be in his path.

Digger returned to brief notoriety during IDENTITY CRISIS (2004-2005), when he was hired to “assassinate” Jack Drake, the father of Tim Drake, the then-current Robin. The person who hired him had intended for Digger to fail, believing he was too washed up and incompetent to succeed in murdering anyone. But in a horrifying turn of events, Digger managed to lodge a razor-sharp boomerang in Jack’s chest seconds before Jack shot him. Both men were dead before help could arrive.

During the IDENTITY CRISIS event, it was revealed that Digger had an adult son named Owen Mercer, who had been all but estranged from his father prior to the weeks leading up to his death. Owen took on the Captain Boomerang mantle and became one of the Rogues. Owen also dabbled with other Super-Villain teams, with only middling success. He even joined a new incarnation of the Suicide Squad amidst the fallout from INFINITE CRISIS (2005).

By 2006 Owen found himself locked in Iron Heights Prison with none other than Black Lightning as his cellmate. Black Lightning had been framed by Deathstroke the Terminator, and the newly formed Super Hero team known as the Outsiders set about breaking him out. But in the chaos of the prison break, Black Lightning convinced the Outsiders to bring Owen along in their escape, a plan they grudgingly agreed to.

Owen’s sudden membership in the Outsiders began an unexpected heroic turn. After earning his new team’s trust, he started working as a Super Hero in earnest, and befriended metahumans like Supergirl.

Owen was killed during the horrific events of BLACKEST NIGHT (2009-2010), which was 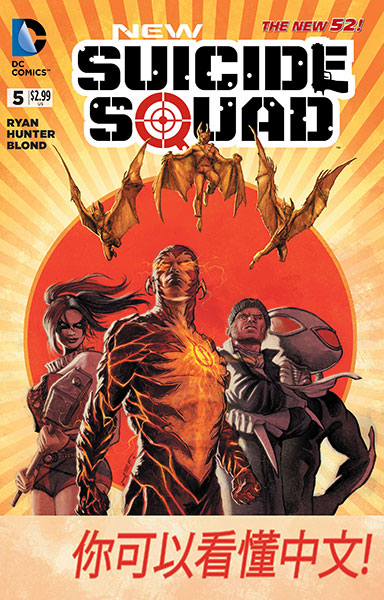 soon followed by the resurrection of Digger, who returned to his position as Captain Boomerang.

The DCU continuity reboot of FLASHPOINT (2011) reinstated Digger as a member of the Suicide Squad, where he remained for the duration of the New 52 era.

Digger continued his tenure on the Suicide Squad through the events of DC UNIVERSE REBIRTH #1, which reestablished the team once again. On their first mission together, Digger was suddenly killed by General Zod, but a new team member named Hack was able to reconstitute him almost immediately (SUICIDE SQUAD vol. 3 #1-5, 2016).

Later, Digger was one of the heroes and villains who faced off against Eclipso during the events of JUSTICE LEAGUE VS. SUICIDE SQUAD.