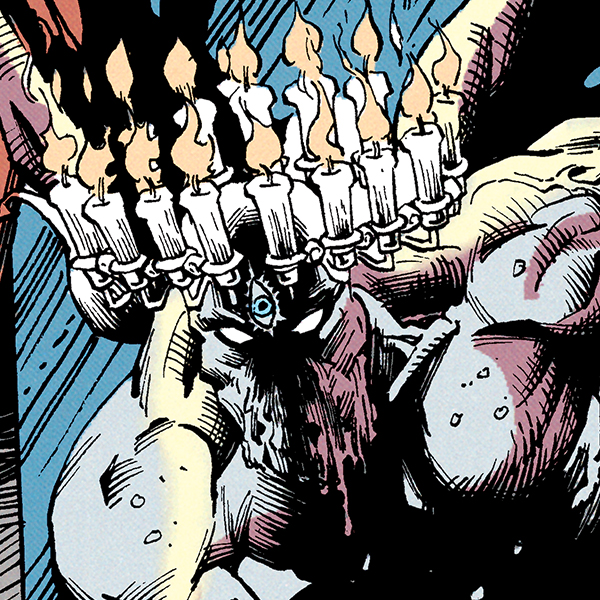 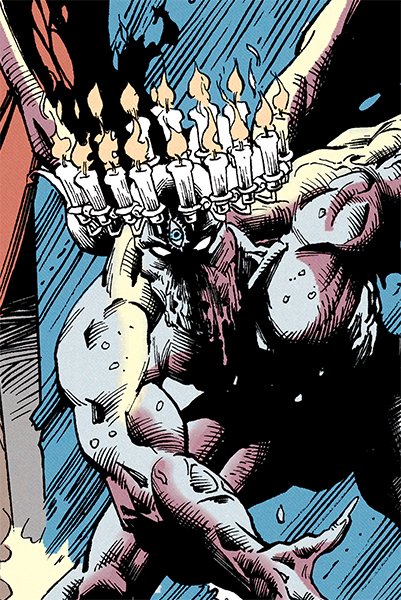 As a psychic manifestation of the greatest fears and anxieties of the collective subconscious, the Candlemaker is literally the world’s worst nightmare.

As a psychic manifestation of the greatest fears and anxieties of the collective subconscious, the Candlemaker is literally the world’s worst nightmare.

From entire worlds to the gods themselves, many of the most potent entities in the DC universe are formed from the collective thoughts, beliefs, and fears of the people who inhabit it. The Candlemaker, a powerful tulpa with the ability to grant destructive wishes and kill with a single touch, is one such entity. One formed by humanity’s collective fears of complete annihilation over countless generations; an avatar of armageddon. For every person who dies, it lights a candle. Because its purpose is to light these candles, the Candlemaker spreads death wherever it can

Ages ago, the Candlemaker was banished from the mortal realm. But as a creature of thought, it still inhabited the realm of the hypothetical, lying in wait to be made real once more. Enter Dorothy Spinner: a young member of the Doom Patrol with the ability to manifest the creatures of her imagination. In other words, exactly the person that this spectre of death required to be made real once more. The Candlemaker seduced Dorothy at a young age with promises to make her wishes come true, if she’d only open the door to his re-emergence. Though she fought the temptation for years, Dorothy relented by beseeching the Candlemaker to resurrect her dead teammate, Joshua Clay -- an act he obliged, only to immediately kill Clay again once he had manifested.

Loose in the physical world once more, the Candlemaker set about enacting the doomsday visions from which it was born. Though it nearly destroyed New York City by replacing it with a psychic manifestation of the worst fears and anxieties of its populace, and nearly killed the entire Doom Patrol upon their confrontation, it was ultimately Dorothy herself who succeeded in defeating it by confronting her own fears… proving that only we can slay the monsters of our imagination.

Enemy of the Doom Patrol