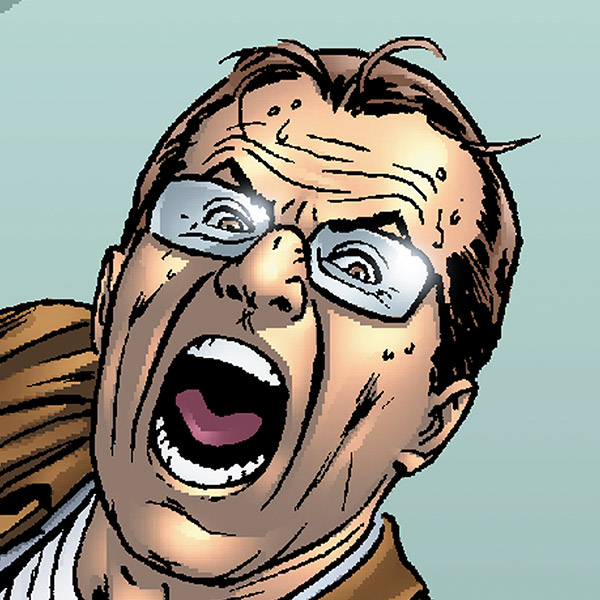 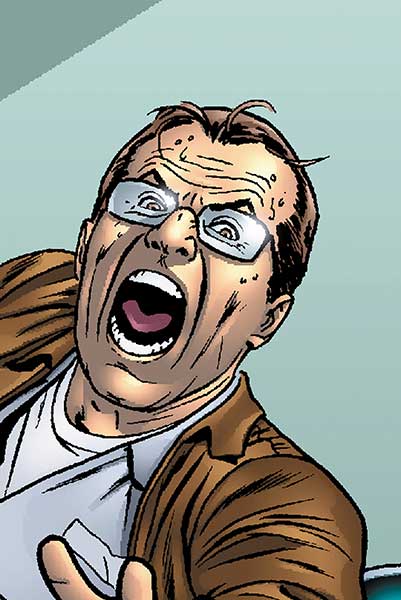 A criminal genius and technopath, Noah Kuttler has served as an information broker for super-villains and gone head-to-head with Oracle.

A criminal genius and technopath, Noah Kuttler has served as an information broker for super-villains and gone head-to-head with Oracle.

Despite his genius-level intellect, Noah Kuttler never really made it to the big leagues as a DC Super-Villain. Thinking he needed a gimmick to make it in the criminal game, Kuttler constructed a costume that resembled a pocket calculator, complete with a keypad on his chest and a helmet with an LED display. Each time he fought a hero, he would collect information on them, "calculate” it and use the results to avoid defeat by that same hero again. His helmet could also create hard light displays, similar to the constructs created by a Green Lantern.

Despite all his advanced tech, Kuttler's career as a costumed Super-Villain was short-lived, as he was defeated by hero after hero. He became an information broker for other DC Super-Villains, frequently coming into conflict with Oracle and the Birds of Prey, and later, the Teen Titans (even though his children Wendy and Marvin were members of the team). He even became the leader of the Secret Society of Super-Villains for a time. Eventually, he received a serious upgrade by copying the programming of Kilg%re (an A.I.) into himself, after which he gained the ability to control all forms of technology. Kuttler can now enter and exit cyberspace whenever he wishes, as well as reshape any kind of technology into whatever he needs it to be.

Since 2012’s Rebirth, Kuttler’s principal role has been that of an information broker for the criminal underworld.