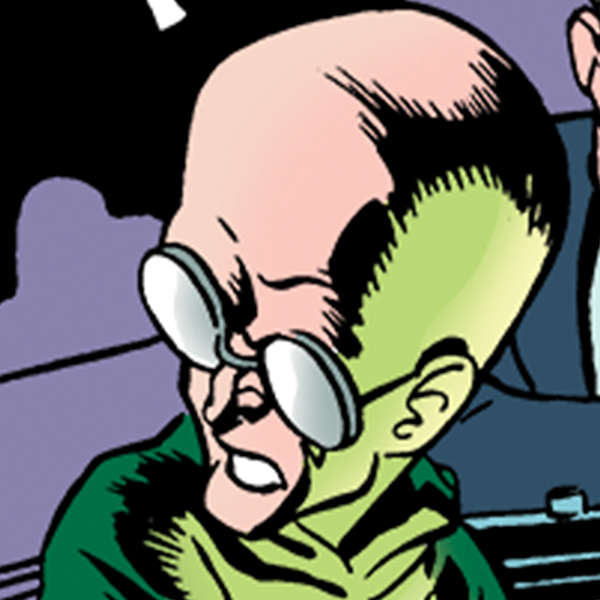 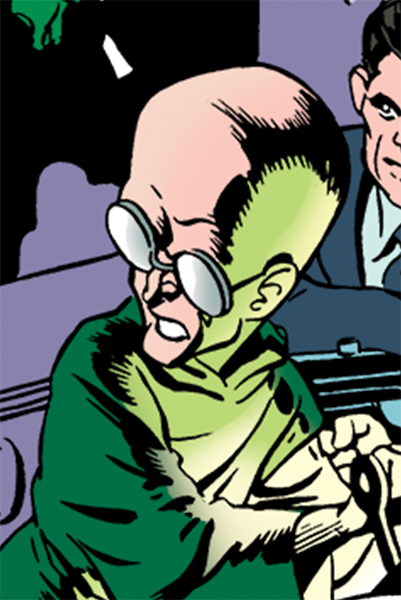 In the 1940s, the Justice Society of America was united to confront the threats that the nation’s greatest heroes couldn’t face alone. One of the earliest villains to warrant the JSA’s intervention was Dr. Henry King, a psychiatrist who literally took mind over matter. As a young man, King was ostracized by his peers for his appearance and intellect, and retreated into a private world of fantasy as he lost himself in books. But King’s imagination proved quite powerful -- as he imagined the characters in each story, King eventually discovered an innate power to bring them to life as holographic projections with his mind. This power of image projection proved to be the first in an array of King’s mental abilities. Telepathy, telekinesis, and even psionic blasts of energy were his to control.

Taking the name “Brainwave,” Henry King used his mental projections to orchestrate a one man crime wave. But unlike the villains before him, Brainwave wouldn’t wait for the Justice Society to thwart him. Rather, he would devise a plan to take care of them before that battle could ever come. In his capacity as a psychiatrist, Brainwave approached each member of the JSA to implant a telepathic suggestion to assemble at the site of the New York World’s Fair, where he had laid a trap for them: an elaborate mental construct of a never-ending battle which would occupy the Justice Society until their deaths. But when it comes to mental fortitude, Brainwave learned there was no beating the sheer willpower of Alan Scott, the Green Lantern, who broke free from the psionic trap and defeated the mental menace.

Over the years, Brainwave tried time and again to defeat the JSA and their allies through his mental abilities whenever they caught wind of his criminal operations, and each time some hero would prove too resilient for his prodigious powers. Eventually, Brainwave resorted to the collaborative tactics of his enemies by joining The Wizard’s nascent “Injustice Society,” where the JSA’s greatest villains hoped to succeed together where they had previously failed alone. As a member of the Injustice Society, Brainwave was nearly successful in defeating his old foe the Green Lantern, but ultimately fell victim once more to the Lantern’s superior will.

But Brainwave still wouldn’t give up. Continuing to oppose the JSA for years, King’s master stroke was a device which could eliminate all the heroes from reality -- provided a template of five heroes from two worlds. Under the auspices of the trans-universal Secret Society of Super-Villains, Brainwave and his allies attempted to capture these heroes in order to power the device, but were of course thwarted.

Though Brainwave never “settled down,” he did marry fellow Injustice Society member Merry Pemberton, alias Gimmick Girl, with whom he had a son. Henry King, Jr. inherited his father’s mental abilities, but fought for good alongside the Justice Society’s legacy bearers in Infinity, Inc. Though he was never close with his father, the original Brainwave found redemption when he sacrificed himself to save his son and his Infinitor allies in a battle against Ultra-Humanite -- transferring his mental powers to augment his son’s own at the last moment of his life. As the new Brainwave. Henry King Jr seeks to undo his father’s legacy of evil, and honor his final sacrifice.