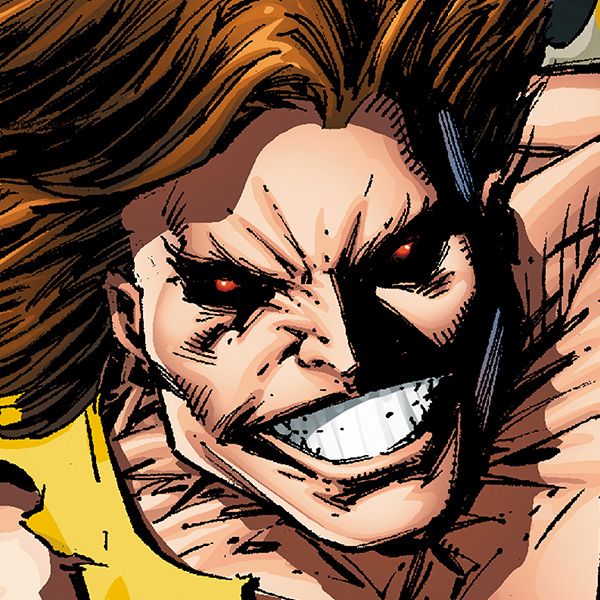 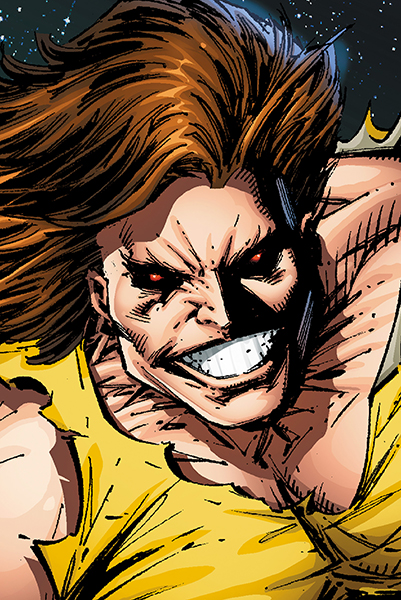 Shared by brothers Mark and Roland Desmond, the name Blockbuster is synonymous with brute strength, and dominance of Bludhaven's criminal underground.

Shared by brothers Mark and Roland Desmond, the name Blockbuster is synonymous with brute strength, and dominance of Bludhaven's criminal underground.

The name Blockbuster has been used by two brothers, Mark and Roland Desmond, at different points in time. Originally, Mark was a skilled chemist looking for a way to enhance his strength. One of his experiments succeeded, but at the cost of making him mindlessly, senselessly aggressive and physically mutated. This brought him into direct conflict with Batman and Robin.

Years later, Mark’s younger brother Roland underwent a similar experience after he was treated with experimental steroids to combat a rare illness. Roland, however, fought against his vicious, chemically enhanced nature and strove to improve his intellect and mental capacity. After making a pact with the demon Neron, Roland gained a genius-level IQ, which he used to become a criminal mastermind. As Blockbuster, Roland quickly took over the underground of Gotham City’s sister city, Blüdhaven, where he made a name for himself squaring off against Nightwing, the city’s sworn protector. Roland was one of the few villains to ever deduce Nightwing’s true identity, and used this knowledge to drive the hero to the absolute brink, targeting Dick Grayson’s close friends and family in an attempt to remove him from the city.