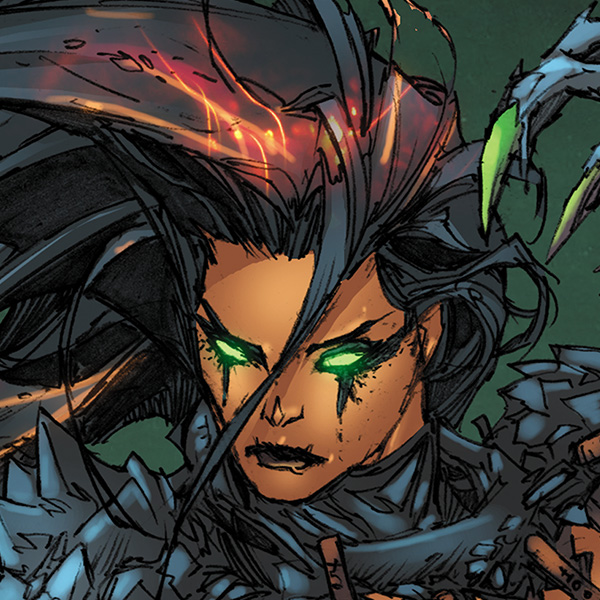 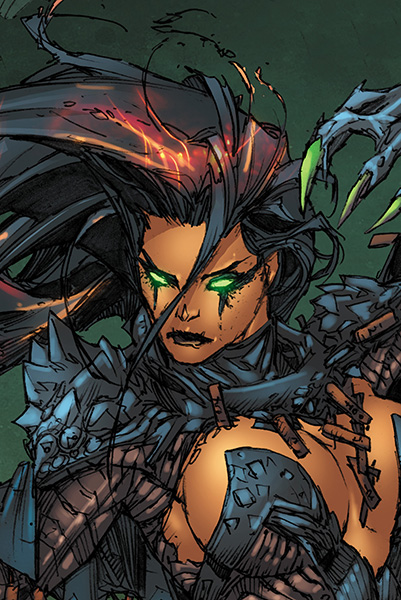 Starfire's outcast sister Komand'r adopted the name Blackfire after she violently reclaimed the throne of Tamaran and tortured Koriand'r.

Starfire's outcast sister Komand'r adopted the name Blackfire after she violently reclaimed the throne of Tamaran and tortured Koriand'r.

The eldest daughter of the Tamaranean royal family, Komand’r’s birthright was the throne of her people. But after a childhood illness robbed her of her innate Tamaranean ability to absorb ultraviolet light and the power to fly, she grew withdrawn and sullen, which removed her from the public eye. Later, when her younger sister Koriand’r (who would become known as Starfire) was born, public favor turned almost entirely away from Komand’r, and she spiraled into resentment and loathing. Desperate to rid herself of Kory and take what she felt was her rightful place in Tamaran’s social hierarchy, Kom began plotting ways to have her sister killed. Eventually she struck a bargain with an invading force known as the Citadel, selling them secrets to Tamaran’s security systems and arranging for Kory to be kidnapped and sold as a slave. The Citadel conquered Tamaran and eventually made Kom her own sister’s “master,” a position she used to torture Kory until the younger girl escaped. In order to hunt Kory down, Kom adopted the name Blackfire and pursued her to Earth. Since then, Blackfire has fought numerous times with Kory and her teammates in the Teen Titans.