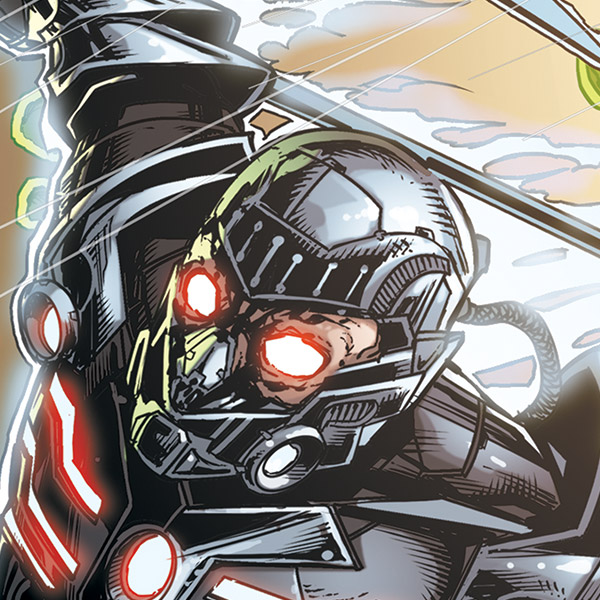 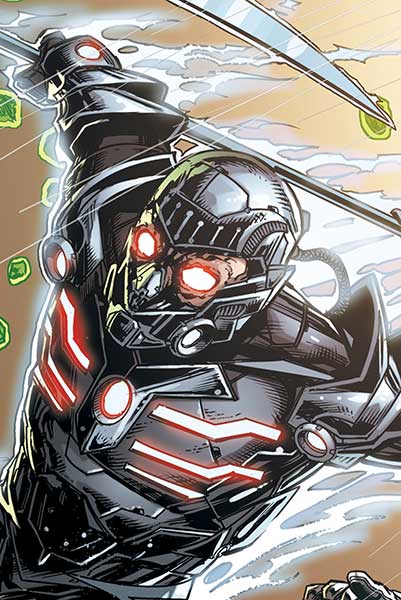 An avatar of Death, powered by The Source itself, the Black Racer collects the souls of departed New Gods and brings them to their afterlife.

An avatar of Death, powered by The Source itself, the Black Racer collects the souls of departed New Gods and brings them to their afterlife.

After the Old Gods died, two new planets were formed: New Genesis and Apokolips. On these twin worlds, New Gods emerged—near-immortal beings with great strength and a close connection to the Source, the energy that binds all things. When a New God dies, they are visited by a manifestation of death who rides across space on dark skis: the Black Racer.

The Black Racer is a force rather than a person, a force the binds itself to living hosts (sometimes multiple hosts at once across the universe). For a time, a military veteran known as Willie Walker was an earthborn host of the Black Racer. Briefly, Barry Allen, the DC Super Hero known as the Flash, also bonded with the Black Racer. A host of the Black Racer largely loses their will in the process, and follows the Racer’s directive to hunt down certain targets, apparently chosen by the Source. The Black Racer can fly through space at faster-than-light speeds, phase through tangible matter, survive in any environment and kill with a touch. It operates only as fate and the Source direct it.