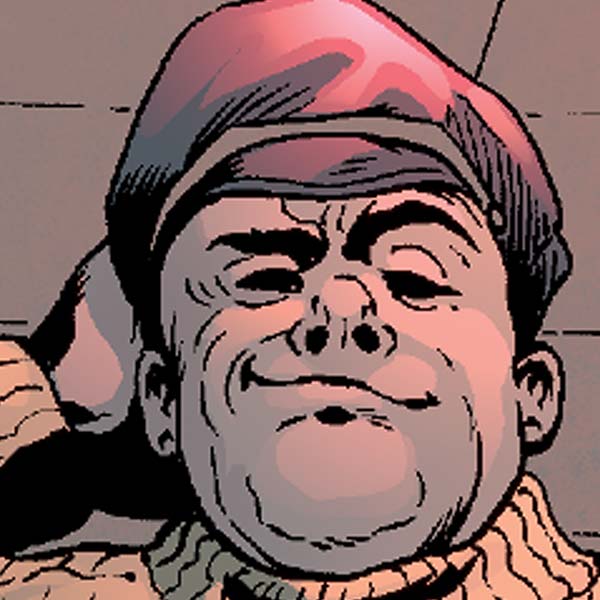 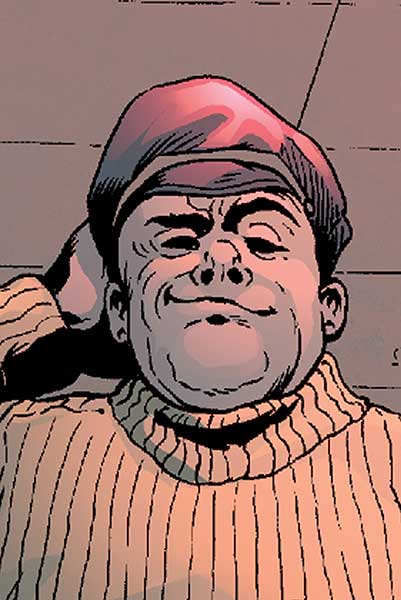 You may think you're a fan of Superman, but chances are, Bibbo Bibbowski is a bigger Big Blue fan than you. Or anyone else, for that matter.

You may think you're a fan of Superman, but chances are, Bibbo Bibbowski is a bigger Big Blue fan than you. Or anyone else, for that matter.

A big lug with a heart of gold, Bibbo Bibbowski considers himself to be Superman's biggest fan. Bibbo, a former boxer and a blue-collar Metropolis dockworker, first encountered Superman when the Man of Steel came into the Ace of Clubs—Bibbowski's favorite bar in the Suicide Slum area of Metropolis––looking for information on a criminal. At first believing he was "some clown in a Superman costume," Bibbo punched Superman in an attempted bar brawl and badly damaged his hand. But he found a new respect for the Man of Steel. Considering him "his fav'rit hero," Bibbo became a one-man Superman fan club.

After winning the lottery, Bibbo bought the Ace of Clubs bar for himself, and used the rest of his winnings to help those in need, following his idol's example. He later found himself involved in some of the biggest battles of Superman's career, notably with the alien bounty hunter Lobo and in the battle with Doomsday in which Superman died. He even tried to use CPR on the fallen Superman, but to no avail. During the time of Superman's death, he tried to help the locals under the name "Superdood." Luckily for Bibbo and all of Metropolis, Superman would return from the dead. And when he did, "Sooperman" found his number one fan cheering him on.