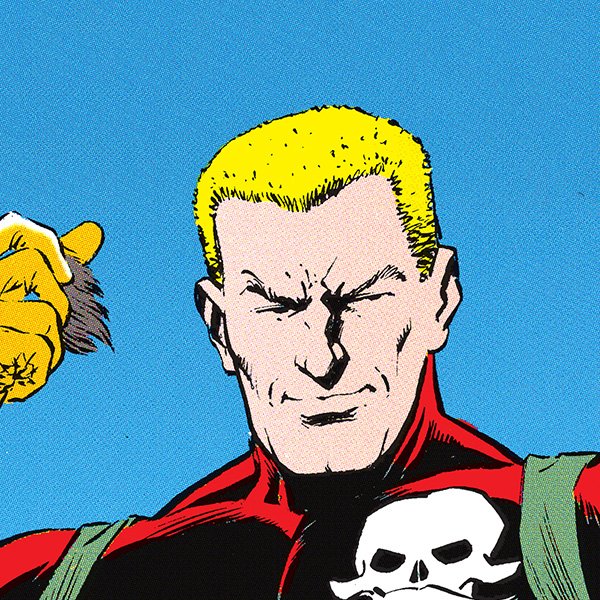 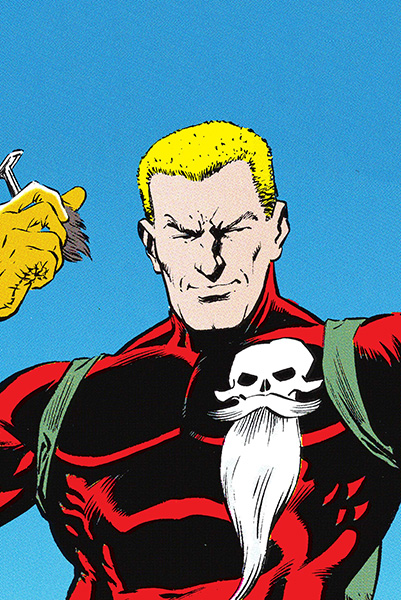 A facial folically challenged foe of the Doom Patrol, the Beard Hunter will kill anyone whose beard he covets.

A facial folically challenged foe of the Doom Patrol, the Beard Hunter will kill anyone whose beard he covets.

The Doom Patrol has faced its fair share of strange villains over the years, but among the most bizarre and even downright silly is the man who calls himself the Beard Hunter. Ernest Franklin was born with a rare hormone deficiency that didn't allow him to ever grow a beard, leaving his face forever smooth. Franklin then became bitter and resentful of any man who had a beard, and began a lonely war against all forms of facial hair. Now calling himself by the codename Beard Hunter, Franklin started to hunt down and murder any man who had a thick and hearty beard. He took their beards as trophies and wore them around his waist.

He eventually targeted the Doom Patrol's leader Niles Caulder, a.k.a. the Chief, himself a man with a full beard. He attacked him with a handful of guns and a good old-fashioned beard clipper, but he was defeated by the Chief's team. Ultimately seeking infamy as a Super-Villain, one whom a movie would be made about, Beard Hunter's dreams of becoming a famous criminal mastermind never materialized; as he was revealed as a bumbling idiot who couldn't amount to more than just a serial killer. Beard Hunter has absolutely no super powers to speak of, although he has some very basic skills with common firearms. He is, however, a terrible hand-to-hand fighter.