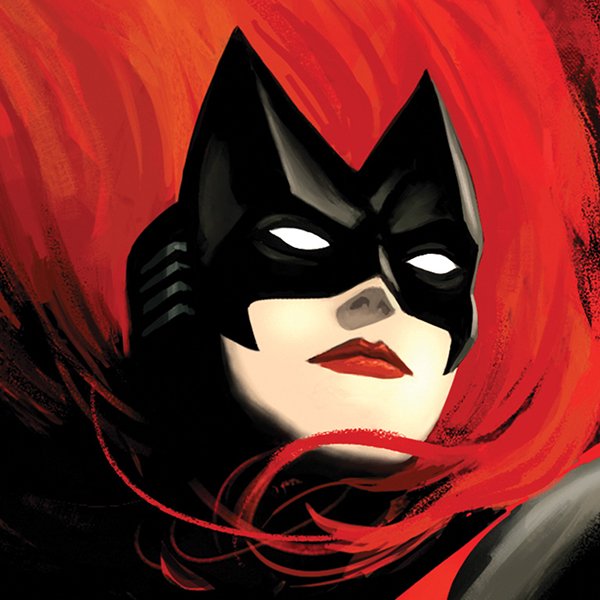 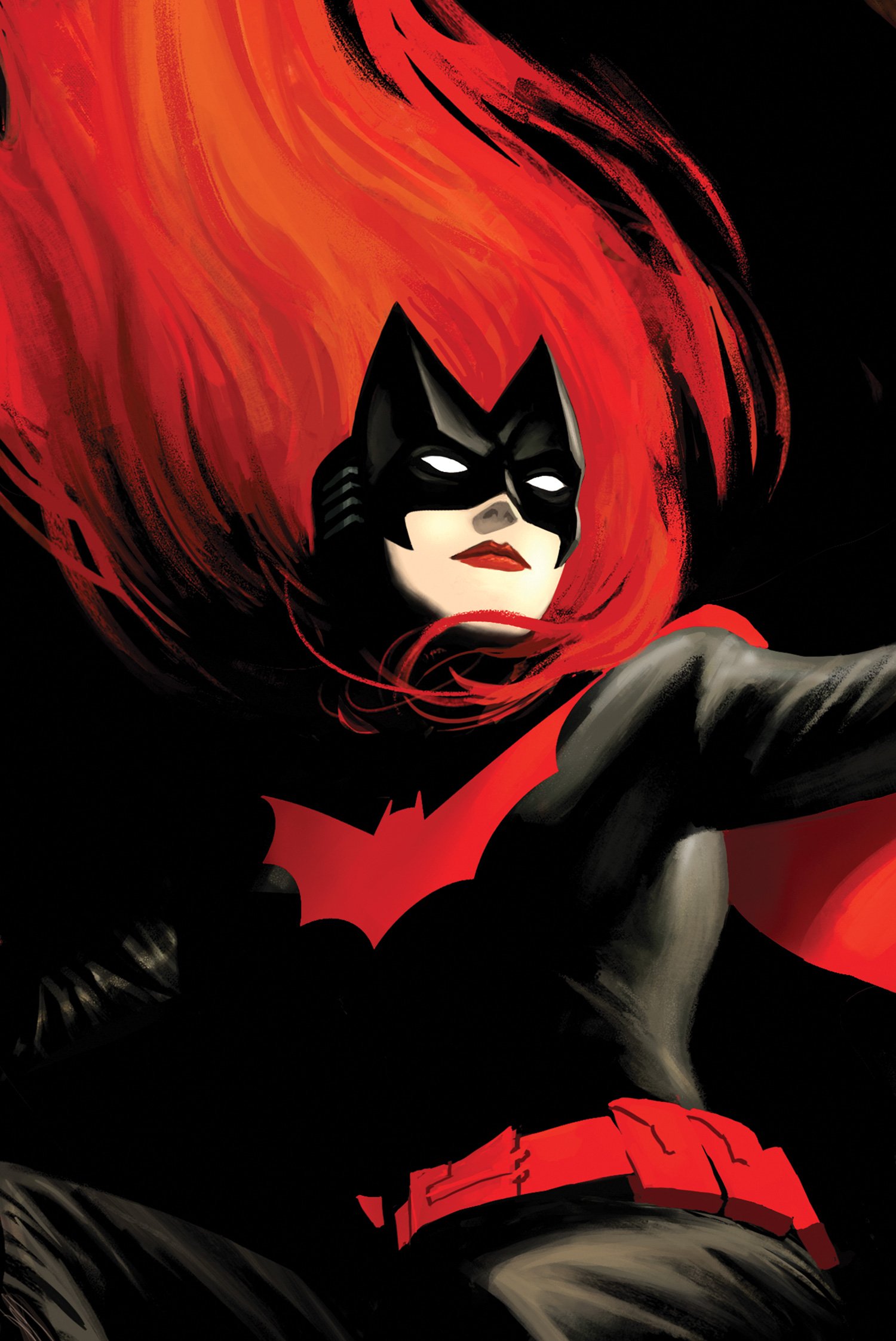 Clad in the Hebrew colors of war, former West Point Academy cadet Kate Kane is Batman's cousin, but she fights a battle all her own against injustice.

Clad in the Hebrew colors of war, former West Point Academy cadet Kate Kane is Batman's cousin, but she fights a battle all her own against injustice.

Bruce Wayne was robbed of both of his parents when he was just a small child, but his work as Batman has inspired those more fortunate than he was to follow his lead.

Originally, the Silver Age Kathy Kane was a sort of fusion between Batman and Robin with a background as both a wealthy heiress and a circus acrobat, who mainly took up crime fighting to charm the Caped Crusader. But Kate is a different story.

Trained by the military, Kate Kane was an heiress inspired to fight crime by the Dark Knight’s example, after he rescued her from a mugger. But Kate’s story is unique. One of the few openly gay Super Heroes, she struggles for respect in her personal life as she protects all of Gotham City’s citizens, whether they respect her or not.

Katherine Rebecca Kane grew up with a twin sister, Elizabeth. The twins’ mother and father were career soldiers who worked for NATO in Brussels. One year, on the twins’ birthday, the girls and their mother were kidnapped by enemy agents. Their father, Jacob (the brother of Bruce Wayne’s mother, Martha Kane), attempted to rescue them, but was only successful in rescuing Kate. 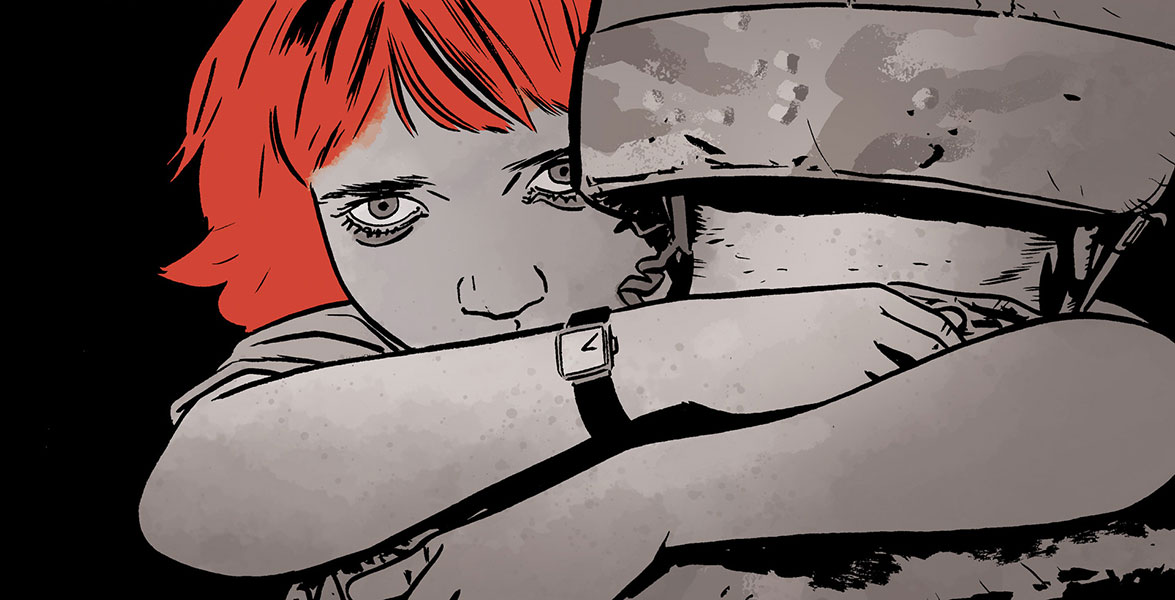 Kate enrolled with the U.S. Marines largely in an effort to please her dad. While at West Point, she fell in love with her roommate Sophie. When her colonel learned she was in a homosexual relationship, to avoid outing her girlfriend, she admitted she was a lesbian and was dishonorably discharged from the academy.

Kate’s ever-supportive father married heiress Catherine Hamilton. With her newfound wealth, Kate became a hard-partying socialite. Apprehended by cop Renee Montoya one night, she began a relationship with the GCPD officer. But Renee dumped the directionless Kate after she learned her girlfriend had quit school.

Kate’s life changed when she was attacked by a mugger and was saved by Batman. Inspired to fight crime like the Dark Knight, she, as Bruce Wayne had done, traveled the world for years, training herself in a variety of combat techniques. When she returned to Gotham, she adopted the identity of Batwoman. Wearing red and black (the Hebrew colors of war), she fought crime with the help of her father, who coordinated her missions from a homemade command center.

Thanks to her training with the Marines at West Point and the tutelage of her father, Kate Kane is a master of hand-to-hand combat, as well as an Olympic-level gymnast and a cunning detective. She wears a utility belt similar to Batman’s, and maintains a command center filled with state-of-the art, military-grade equipment and weaponry. 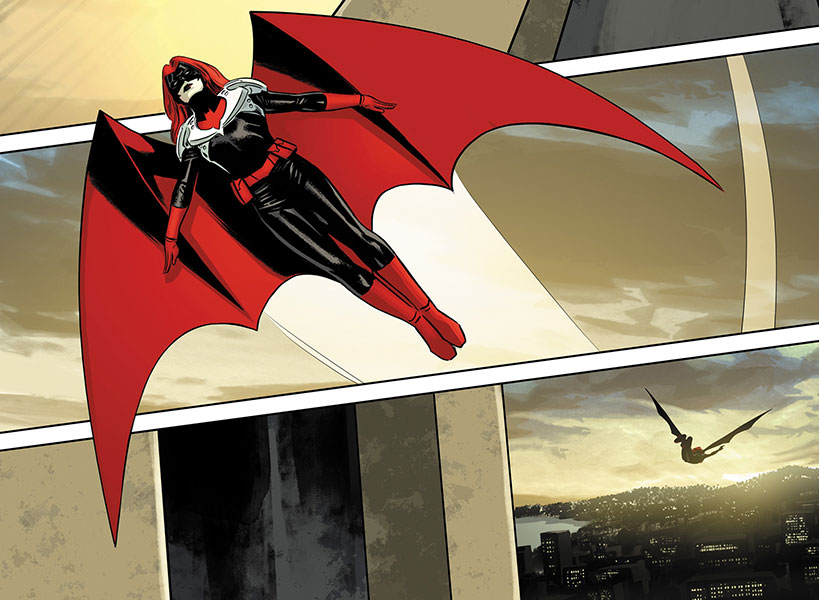 Kate Kane’s Batwoman first appeared in 52 #7 (2006). Soon after her first appearance, her former girlfriend Renee Montoya learned, via Intergang’s Crime Bible, of a prophecy that the “twice-named daughter of Cain” would be murdered. Kate worked with Montoya (as the second vigilante known as The Question) in thwarting Intergang’s plans. During Batman’s disappearance after FINAL CRISIS, Kate played a greater role in defending Gotham City, beginning with DETECTIVE COMICS #854 (2009). 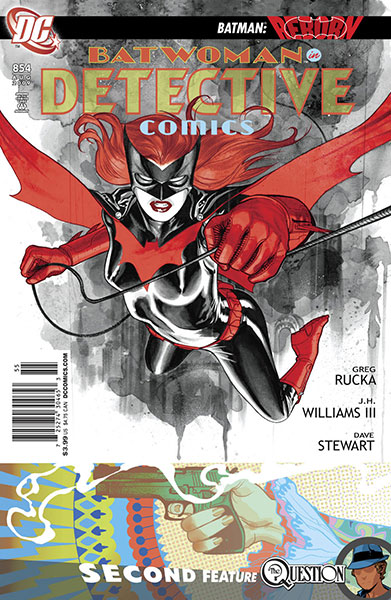 The “Elegy” storyline found Kate hunting down Intergang, operating under its new “Religion of Crime.” Little was known at first of Kate’s past, but here her backstory was slowly revealed. She discovered the Religion of Crime’s Lewis Carroll-fixated leader/“High Madame” Alice was her long-thought-dead sister Beth. She stopped Alice/Beth from poisoning Gotham with a toxic gas, but at the cost of once more losing her sister. “Elegy” also introduced Kate’s cousin, Bette Kane, whom she would train to be the Super Hero Flamebird.

Unlike that of many DC Super Heroes, most of Batwoman’s history was not rebooted in the New 52 universe. Instead, after the events of “Elegy,” Kate Kane joined Batman Incorporated and helped the organization take down Talia al Ghul, who’d taken control of the League of Assassins after the death of her father, Ra’s al Ghul. Kate also maintained a relationship in her own series (BATWOMAN, 2011) with another law woman—Maggie Sawyer.

Kate and Maggie’s relationship led to an engagement, but dissolved due to irreconcilable differences before they could be married. Afterwards, a despondent Kate was manipulated into a relationship by the vampire seductress Nocturna, until she broke free to battle Morgan Le Fey as the leader of short-lived super team “The Unknowns,” featuring Clayface, Etrigan, Ragman, and her sister, now going by “Red Alice.”

After DC UNIVERSE: REBIRTH, Kate Kane was recruited by Batman to train and lead a new team of allies, including Clayface, Red Robin (Tim Drake) and Spoiler. This put her at odds with her father in the “Rise of the Batmen” storyline, when he launched a rogue military operation code-named “The Colony.” This era came to an end in “Fall of the Batmen,” with the team fractured after Batwoman assassinated Clayface after losing control of himself.

Now on her own for another solo series in BATWOMAN: REBIRTH #1 (2017), Batwoman teamed up with Alfred’s daughter Julia Pennyworth to fight crime around the world. In the process, she ran afoul of an old flame, international arms dealer Safiyah. By the end of the series, Kate had parted ways with Julia, but rekindled a romantic relationship with another ex: GCPD officer Renee Montoya.