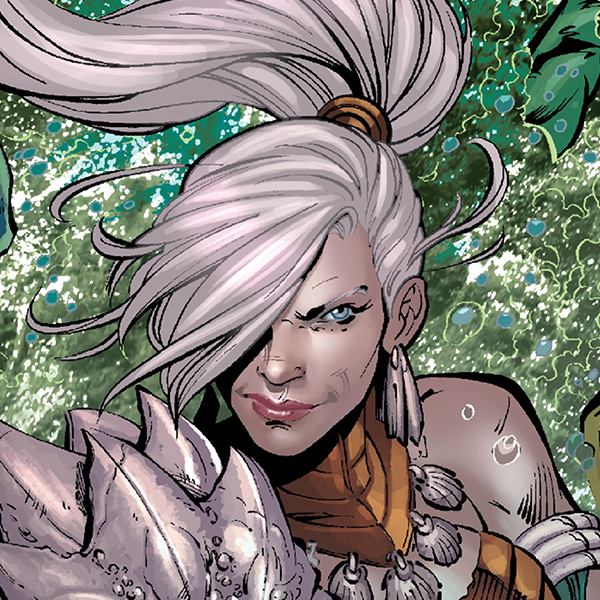 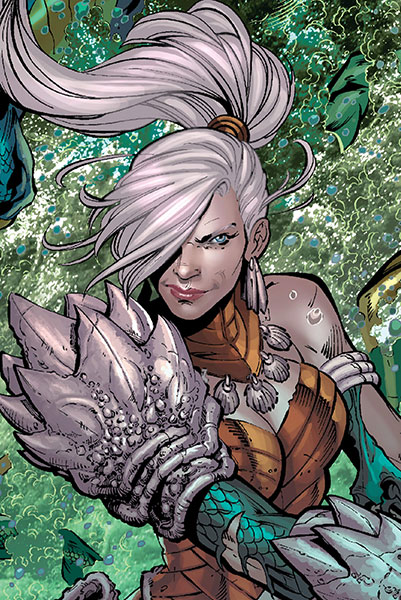 The rebellious queen of Atlantis, Atlanna, fell in love with a human man and eventually gave birth to a son -- a boy who would grow up to be Aquaman.

The rebellious queen of Atlantis, Atlanna, fell in love with a human man and eventually gave birth to a son -- a boy who would grow up to be Aquaman.

Atlanna is a member of the Royal House of Atlantis, the undersea kingdom which would later famously be ruled by her son Arthur, the Super-Hero known as Aquaman. As a young princess, she was prone to adventuring and wandering dangerously close to the ocean's surface. One night, while swimming close to land, she encountered a terrible storm and found a damaged lifeboat carrying a surface dwelling human named Tom Curry. The man’s ship had capsized, thus throwing him overboard to his likely demise. Atlanna saved Curry and nursed him back to health, and the two would later fall in love and eventually marry. She would have his child, a boy the couple named Arthur.

Although she was happy for a time, eventually royal obligation would force her to return home to Atlantis, where she took the throne. She married an abusive man named Orvax, who was captain of the Atlantean Army. With him, she fathered her second son, Orm. Eventually, in a fit of rage, she killed the abusive Orvax, and attempted to escape to return to her family in the surface world. She faked her own death, and then lived in another undersea kingdom called Pacifica. It was while living in Pacifica that Atlanna encountered her grown son Aquaman again, although she chose to keep her return from the grave a secret from her other son, the malicious Orm.