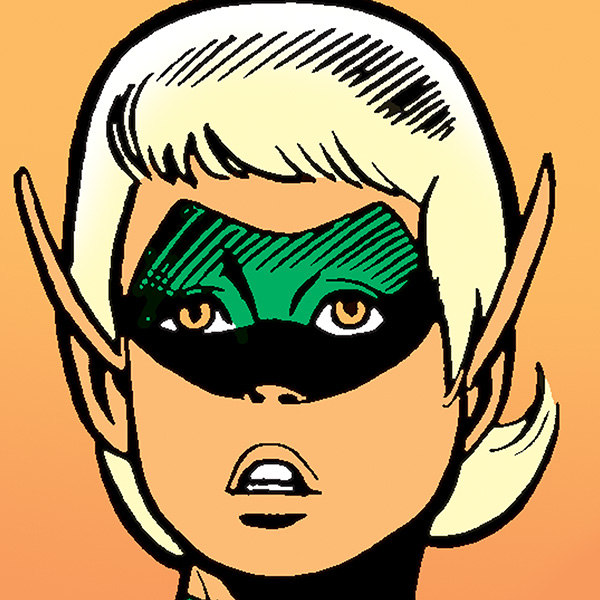 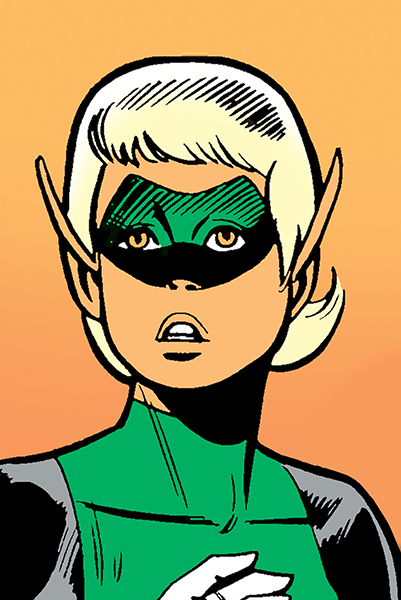 For generations the Rrabs of Sector 2815 have been Green Lanterns, leaving the weight of duty and legacy on Arisia Rrab's shoulders when she took up her power ring.

For generations the Rrabs of Sector 2815 have been Green Lanterns, leaving the weight of duty and legacy on Arisia Rrab's shoulders when she took up her power ring.

A native of the planet Graxos IV in Space Sector 2815, Arisia was the fifth member of her bloodline chosen to serve in the Green Lantern Corps. Her father Fentara and uncle Blish both gave their lives to the Corps before she was recruited. Arisia’s people age differently than humans, maturing faster, and have advanced healing capabilities.

Despite her youth, she was a formidable warrior in several battles, then joined a group of Green Lanterns who made a temporary base on Earth. While there, she adopted the Earth name Cindy Simpson, pursued modeling and fell for fellow Lantern Hal Jordan. Knowing she appeared too young to him, she used her ring to appear older by Earth standards. She left the Corps when all but a few power rings were temporarily rendered powerless, and ended her romance with Hal soon afterward.

Arisia eventually took a job at the Super Hero-themed bar Warriors, owned by fellow former Green Lantern Guy Gardner. While working there, she was attacked by the villain Major Force. Though she appeared dead to Earth science, she actually entered a coma-like state and slowly healed. After she recovered, the corrupt robot Manhunters abducted her. She was rescued by the Green Lanterns, rejoined the Corps and has remained with them ever since.