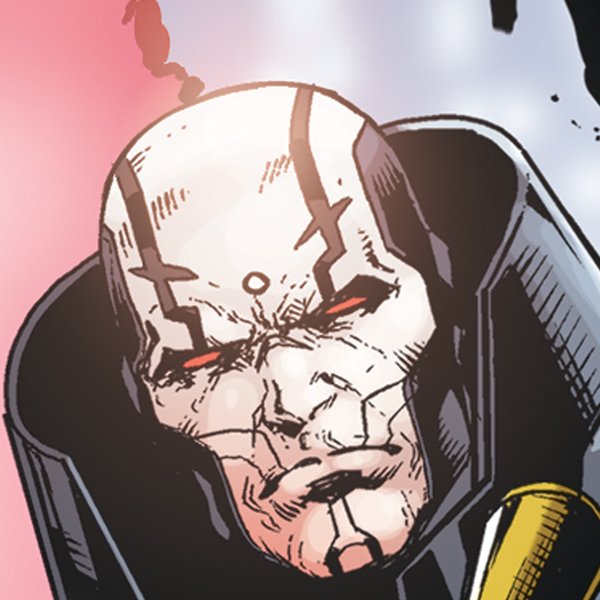 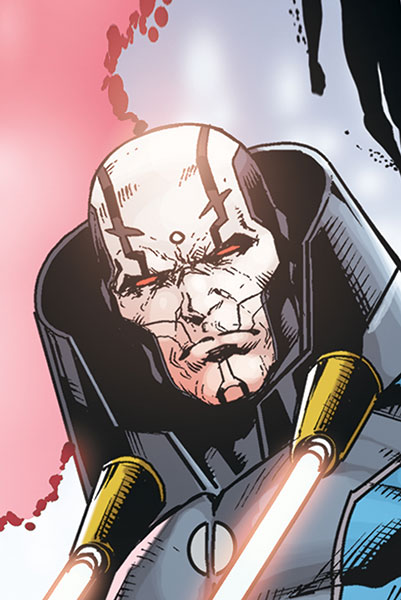 A destroyer of universes, the Anti-Monitor caused the Crisis on Infinite Earths and was reborn after Flashpoint, becoming guardian of the Sinestro Corps.

A destroyer of universes, the Anti-Monitor caused the Crisis on Infinite Earths and was reborn after Flashpoint, becoming guardian of the Sinestro Corps.

Team Affiliations: The Weaponers of Qward, The Sinestro Corps, The Black Lantern Corps

The Anti-Monitor is perhaps the greatest threat creation has ever known. Born some 13 billion years ago in the Anti-Matter Universe, the powerful entity conquered his universe and sought to destroy all the positive matter universes and expand his own dark realm. He unleashed an anti-matter wave on the Multiverse, murdering trillions and erasing universes from existence with his army of shadow demons. He was opposed by his benevolent twin, the Monitor, who gathered heroes from all worlds to stop him in the event known as the Crisis on Infinite Earths.

Although ultimately defeated at the Dawn of Time, years later, during another Crisis, it was revealed that the Anti-Monitor was reborn following the creation of a new Multiverse, and his giant, monstrous body was rebuilt by the android Manhunters. Soon he became the Sinestro Corps' "Guardian of Fear.” He was again killed, though subsequently resurrected as a Black Lantern.

Following the continuity-altering events of 2011’s FLASHPOINT, the Anti-Monitor was given a new origin. Still born in the Anti-Matter Universe, he now had a proper name— Mobius—and was transformed when he tried to learn the origins of his dark universe. Unleashing the Anti-Life Equation, the energy at the heart of his universe, he was shaped into a powerful being, one who became bitter enemies with Darkseid as well as the Justice League.