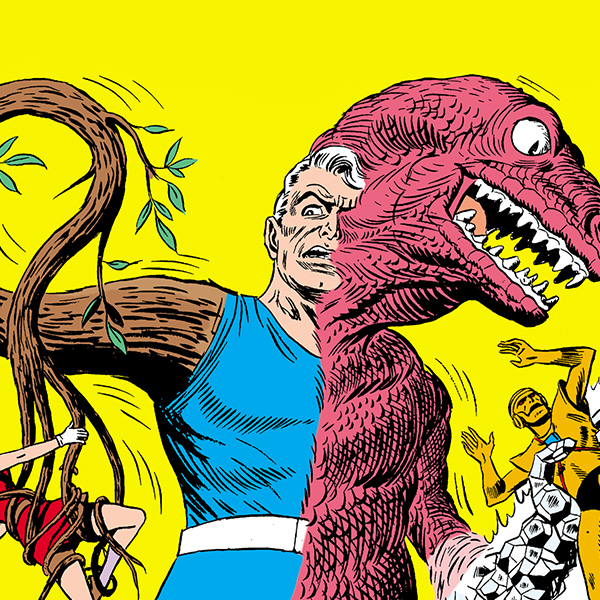 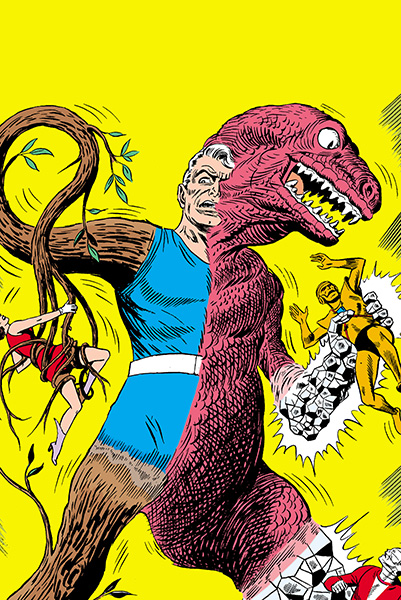 How weird must someone be in order to be called the weirdest foe of the World's Strangest Heroes? Only the Animal-Vegetable-Mineral Man knows.

How weird must someone be in order to be called the weirdest foe of the World's Strangest Heroes? Only the Animal-Vegetable-Mineral Man knows.

The team of strange, oddball DC Super Heroes called the Doom Patrol have fought their fair share of equally bizarre DC Super-Villains over the years, but perhaps none are as strange as the one called the Animal-Vegetable-Mineral Man. Originally, he was Dr. Sven Larson, a Swedish student of Dr. Niles Caulder, who would eventually become the Doom Patrol's founder. Believing that Caulder stole one of his inventions, he sought revenge on him by exposing himself to a vat of unknown amino acids, which gave him the unique ability to transform any part of his body into that of any animal, vegetable or mineral. He often combined all three into something truly dangerous and strange.

Now a freak himself, much like the members of the Patrol, he attacked the team, until he was stopped with the very invention that he believed Caulder had stolen from him, which froze him into a single transmuted form. Becoming a mortal enemy of the Doom Patrol, he always found a way to get his powers back, and he fought the team again several times over the years. Even when the original membership of the Doom Patrol was thought to have been killed, he transferred his animosity towards the later incarnations of the team. In the post-FLASHPOINT timeline, Animal-Vegetable-Mineral Man is part of an experimental protocol that Niles Caulder springs on intruders when his underground headquarters has been breached.